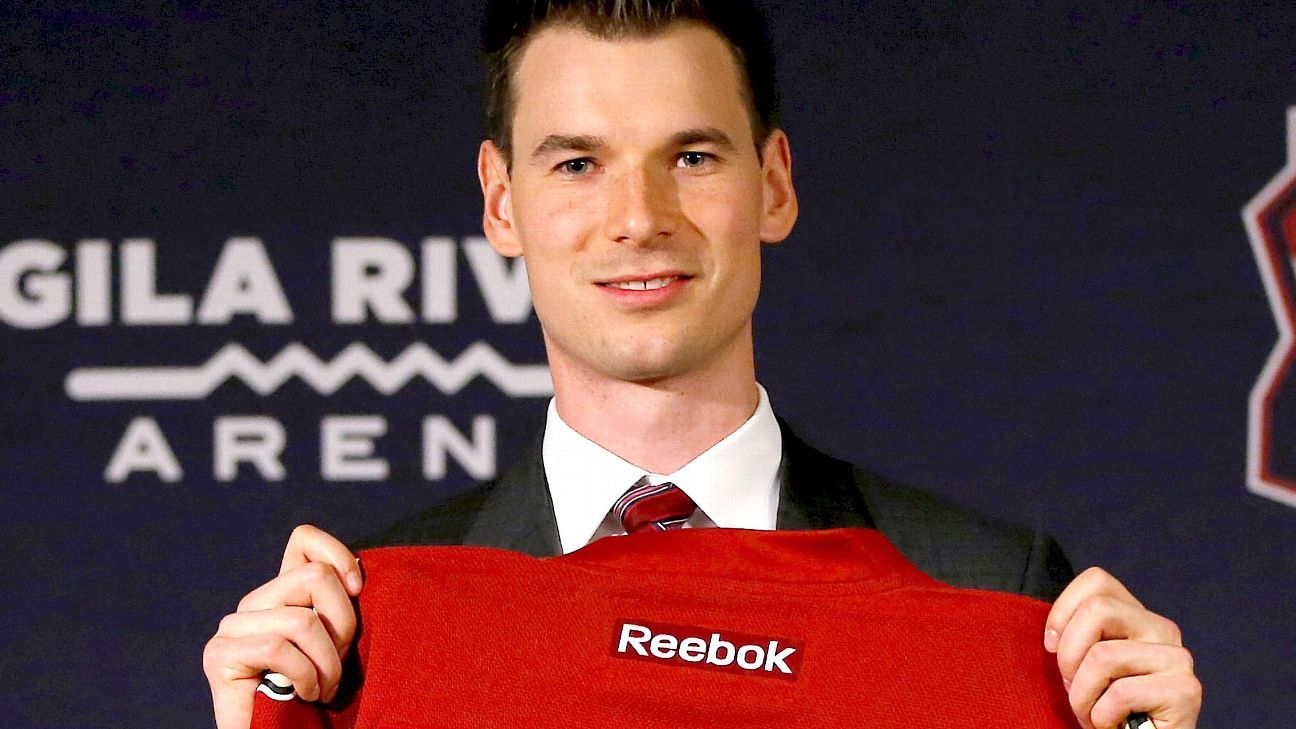 John Chayka has resigned as general manager of the Arizona Coyotes on the eve of the Stanley Cup Playoffs, the team announced on Sunday.

“John Chayka has quit as the General Manager and President of Hockey Operations of the Arizona Coyotes. The Club is disappointed in his actions and his timing as the Coyotes prepare to enter the NHL’s hub city of Edmonton, where the team will begin post-season play for the first time since 2012,” said the team in a statement. “Chayka has chosen to quit on a strong and competitive team, a dedicated staff, and the Arizona Coyotes fans, the greatest fans in the NHL.”

“I love our players, coaches, staff and fans and I very much wish I could be with the team in Edmonton. Sadly, the situation created by ownership made that an impossibility,” Chakya said in a statement given to AZ Coyote Insider. “That’s all I intend to say on this matter for now. A fuller, more detailed explanation may be necessary in the near future.”

Chayka was hired in May 2016, becoming the youngest general manager in major-league sports history at 26 years old. He worked for the team for one season after having co-founded Stathletes Inc., a hockey analytics firm.

The Coyotes had a record of 131-147-38 in his four seasons at the helm. They missed the playoffs from 2016-19 but made the postseason this year due to the NHL’s expansion of the playoff pool to 24 teams due to the COVID-19 shutdown. They have a record of 33-29-8 and were fifth in the Pacific Division.

According to Sportnet, the relationship between Chayka and the Coyotes became fractured when the team granted him permission to pursue a new opportunity outside the NHL and then the team “resisted” when it came time for him to leave. According to a source, that opportunity may no longer be available to him.

Chayka’s status became a source of curiosity when star winger Taylor Hall, who is a pending unrestricted free agent, had a dinner discussion with new team owner Alex Meruelo, new CEO Xavier Gutierrez and Alex Meruelo Jr., who is the team’s Strategic Advisor, Business and Hockey Operations. Chayka was not present, despite being the team’s general manager and having traded for Hall last December.

Sullivan, who played one season with the Coyotes, was hired by the team as a development coach in 2014. He was promoted to director of player development and then in 2017 was elevated to assistant general manager.

“He has the full support of the entire organization including team ownership, executive leadership, players, and coaches,” the Coyotes said.

The Coyotes open their best of five qualification round playoff series against the Nashville Predators in Edmonton on Aug. 2.