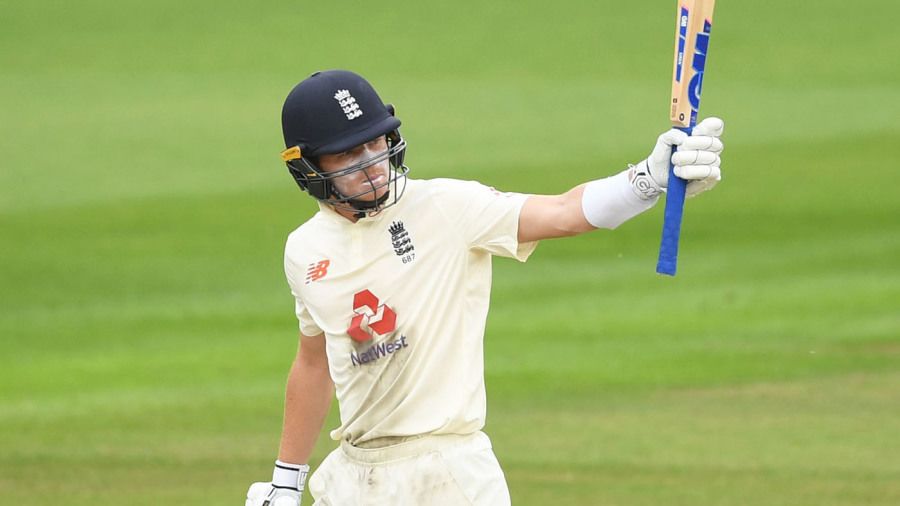 A steadying innings from Ollie Pope rescued England in the face of some threatening West Indies bowling early on the opening day of the series-deciding Test at Emirates Old Trafford.

At the close of play, and with rain expected to feature heavily on Saturday, Pope was unbeaten just nine runs shy of his century with England 258 for 4 after they had been 47 for 2 before lunch and 92 for 3 after the break.

Rory Burns contributed 57 but, with England effectively a batsman down after leaving out Zak Crawley to accommodate an extra seamer in the likely event that Ben Stokes was unable to bowl, the hosts ideally needed someone to convert a start, especially after a shaky beginning to their innings.

Kemar Roach did the most damage, claiming 2 for 56 including the important wicket of Stokes, as he moved within one wicket of becoming the ninth West Indies bowler to reach the 200-mark in Tests.

Jos Buttler helped England’s cause and his own, having come into this match under pressure after a year in which he has averaged 21.26 from 12 Tests and scores of 35, 9, 40 and 0 for this series. On this occasion, he managed 56 off 120 deliveries, his first half-century in a Test since September 2019, some 15 innings ago.

Pope had been quiet in the previous two matches also, with a high score of 12*, but he went into his 10th Test with an unbeaten century and a fifty under his belt this year, against South Africa, and a career average of 39.41.

His innings was assured, coming off 142 balls and including 11 fours. He came in with his side three wickets down, with England’s batsmen having all moved up a place after Crawley’s omission, leaving Joe Root back at No. 3 rather than his preferred berth at No. 4.

Dom Sibley, whose marathon 120 helped set up England’s 113-run victory in the second Test, was out for nought on the sixth ball of the match, lbw to an excellent Roach delivery that angled into the stumps off a length and straightened slightly.

A wave of concern surely rippled through West Indies’ ranks when Shannon Gabriel pulled up two balls into his fourth over, the eighth of the day, with an apparent leg problem. Having won the toss and elected to bowl with two spinners, bringing in Rahkeem Cornwall for Alzarri Joseph, the tourists were relieved when Gabriel returned to the field after the first drinks break after a stretch to alleviate “some general tightness”.

It was West Indies’ other spinner, Roston Chase, who struck from the field to remove Root. As Burns steered Cornwall towards third man, Root set off for a quick single but Chase swooped on the ball and fired it into the keeper’s end, removing the bail with a direct hit that caught Root short of his crease.

Stokes, who admitted on the morning of the match to having felt better after injuring his quad muscle while bowling late on the final day of the second Test, in which he played a starring role with bat and ball, was thrust into the action perhaps before he would have liked with Root’s dismissal. He reached 20 before Roach struck again with a gem of a delivery that beat Stokes’ forward defence and crashed into middle and off stump.

Burns had been ticking along nicely before he fell thanks to the sharpest of slips catches by Cornwall, thrusting his hand out to snatch a top edge from an attempted cut off the bowling of Chase to leave England 122 for 4.

While Burns had shared in promising partnerships with Root, Stokes and Pope, England had to wait until Pope and Buttler came together for their first 50-plus union of the match, and their unbroken stand of 136 was just what England needed.

Pope survived an appeal for lbw to Gabriel, which was adjudged not out before West Indies’ review. Hawk-Eye showed the ball, which hit Pope just above the knee roll, was clipping the bails and the decision stayed with the on-field umpire’s call.

Pope responded with a four off Gabriel two balls later to move to 47 and brought up his fifty with a boundary off Jason Holder in the next over.

Another West Indies review went Pope’s way when Cornwall, making his first appearance in this series, struck him on the pad and shouted heartily in appeal but replays showed the ball was turning too much and missing leg stump.

From there Pope and Buttler scored reasonably freely, Buttler bringing up his fifty with two runs punched through the covers off Chase.

Buttler, who sacrificed his wicket chasing much-needed quick runs for his side during England’s second innings in the previous Test, mixed control with his trademark free hitting, his innings including five fours and two sixes.

West Indies took the second new ball in the 83rd over but the batsmen, both now set, navigated the remaining 3.4 overs before bad light stopped play.

The opening day of the Test was designated #RedForRuth Day, and helped raise in excess of £280,000 for the Ruth Strauss Foundation, a charity set up in honour of former England captain Andrew Strauss’ wife, who died in 2018 from a rare form of lung cancer. The charity aims to fund research into the disease and provide support for families facing the loss of a parent. Players and staff from both sides wore red caps before play commenced to mark the occasion.

Both sides and their support staff also took a knee before the start of play in spport of the Black Lives Matter movement, as they have done throughout the series.