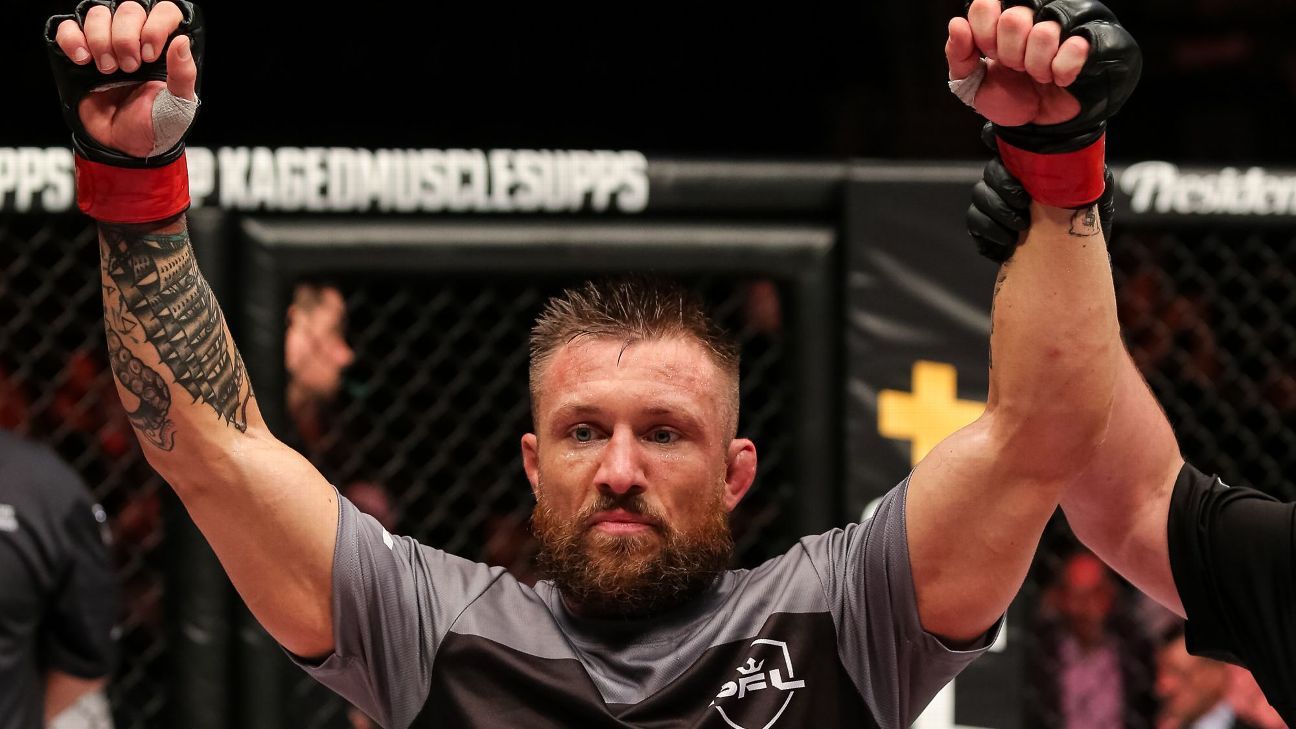 Lance Palmer, a two-time PFL tournament champion and $1 million prizewinner, is officially requesting a release from the promotion.

Palmer, 33, told ESPN on Friday he has asked PFL executives to release him from his exclusive contract, which he signed in December. The two-time featherweight tournament winner said the strained relationship reached a new low this week, when PFL released a statement condemning content on his father’s personal Instagram account.

On Friday, PFL released a statement acknowledging “repulsive posts” on Dwayne Palmer’s social media regarding race, and stated, “We stand in solidarity with the black community and the PFL does not condone in any way racist or misogynistic views.”

PFL did not specify at which posts the statement was directed. Dwayne Palmer’s private account includes multiple statements that mock the Black Lives Matter movement, as well as an anti-gay slur.

Regardless of what the statement was meant to address, Palmer told ESPN he did not see a need for the company to comment on an account over which he has no control. He said he believed the PFL statement came as a direct result of a relationship that has been under strain for months since the PFL announced it was canceling its 2020 season because of the coronavirus pandemic.

“I feel like it’s defamation on my character to put a post out regarding my dad, when it really has nothing to do with PFL or anything that I said,” Palmer told ESPN. “It would be different if it were me saying something or me agreeing with something, but this makes zero sense to me. And this is just the icing on the cake for how uncooperative they’ve been throughout the whole process of canceling their season.”

According to Palmer, he and the company have not been on the same page since he declined the $1,000 monthly stipend PFL offered the majority of its roster, after postponing its 2020 regular season.

Palmer, a former four-time All-American wrestler at Ohio State University, said he did not feel that amount was worth losing a year of his career and has been at odds with the promotion since. PFL officials declined to comment on the situation any further than Friday’s initial statement.

“I’m trying to speak up for the other people who are getting screwed around in this scenario, and now I feel like I’ve taken the brunt of it with this situation,” Palmer said. “I don’t think they are referring to anything recent, so they are searching for something at this point. And this is not even on my account.

“They’ve talked to me about how I’m the face of this company and this and that, but when it comes to negotiations and paying me something that I think is fair, to stick around for next season, they didn’t want to do that. And then this scenario comes out, making it a political and race thing. It’s really strange to me. I feel like they’re searching for anything at this point.”

While PFL did officially cancel its 2020 season, the company has left open the possibility of holding a one-off, non-season event at some point in 2020. Palmer said he was looking to move on regardless of whether that happens or not.

“I feel like legal action has to be taken against them at this point,” Palmer said. “And it’s unfortunate, because I’ve had their back since before anyone even thought they were going to have their $1 million paydays.”