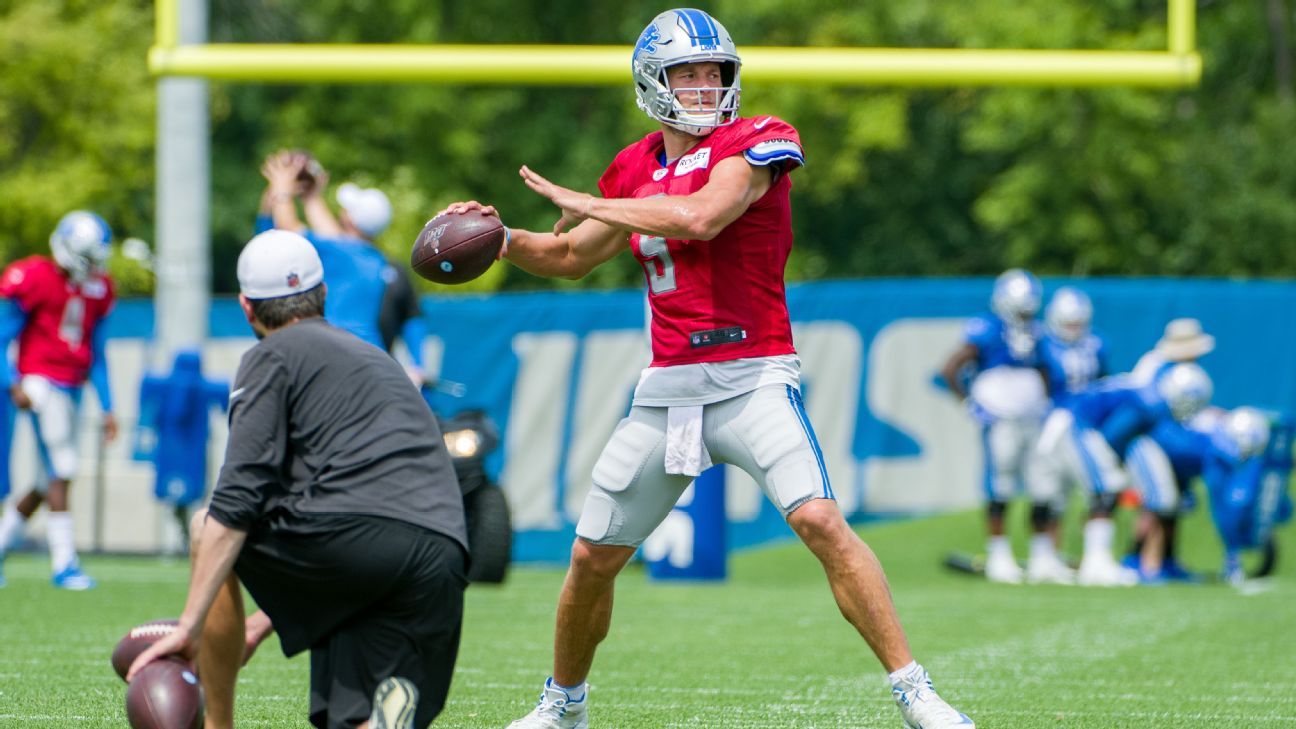 It has been 116 days since Jeff Pash, the NFL’s executive vice president and general counsel, announced an unexpectedly bold plan for the 2020 season amid a coronavirus pandemic that was only starting.

“All of our discussions,” Pash said, “all of our focus, has been on a normal, traditional season, starting on time, playing in front of fans, in our regular stadiums, and going through a full 16-game regular season and a full set of playoffs. That’s our focus.”

At the same time, Pash acknowledged the obvious. The date was March 31, which meant the NFL had months to figure out how to pull it off. But that time has dwindled. Some rookies and quarterbacks began reporting to training camps this week for COVID-19 testing. Most others are scheduled to report next week.

Can the NFL continue along the path of an on-time start to training camp, much less a season? In the time since Pash made his announcement, the United States flattened its daily virus count, only to see a surge in infections and hospitalizations this summer in Southern and Western states.

Other professional leagues, in sports from soccer to baseball to hockey, have returned in some form and with mixed results. None, however, have attempted a feat on the scale of the NFL’s challenge. During the next several weeks, just to give themselves a chance to play the regular season, the NFL must execute a plan to protect some 6,000 players, coaches and critical staff members without using a “bubble” concept.

Dr. Allen Sills, the NFL’s chief medical officer, has set a lofty goal for the massive project: plowing a road for the entire country as it deals with the pandemic.

“I think this is important not just for the NFL or for professional sports — not even for sports at all levels,” Sills said at a virtual meeting of the American Orthopaedic Society for Sports Medicine. “I think what we are trying to do — which is to find a way to mitigate risk and to coexist with this virus — this is really key information for schools, for businesses, for all segments of society. I think we have a unique opportunity but also a responsibility to use the platform and resources of the NFL to really study and learn and to take that knowledge and apply it for the benefit of the other segments of the society. That is what we plan to do.”

Let’s get into our weekly roundup of NFL pandemic planning, updating from last Friday.

The NFL and NFL Players Association have agreed on most of the health and safety protocols that will dictate training camp and perhaps the regular season, and they’re hoping to reach a consensus on key economic issues by the end of the weekend.

What are the key points of those health and safety protocols?

In addition to previous instructions about how to arrange team facilities to ensure six-foot social distancing whenever possible, the NFL also established a testing procedure for intake of players. (It had previously established procedures for coaches and other staff members.)

In essence, players must produce two negative PCR test results over the first four days after reporting. On the fifth day, if both tests were negative, the player will begin daily testing and can enter the facility. Daily testing will continue for two weeks, and would then move to every other day if the positivity rate is below 5%. This testing approach will apply to all team employees designated as Tier 1 or Tier 2.

The NFL has hired BioReference Laboratories to handle the testing, the same company that is handling tests for the NBA and MLS, and has been assured of results within 24 hours.

Tom Brady reports to the Buccaneers’ training facility and will undergo COVID-19 testing in order to begin camp.

What health and safety protocols are left to decide?

The big one is the structure of the “acclimatization” period, which both the league and players say is necessary to avoid injuries after a virtual offseason that included no traditional football work. There likely will be three weeks of strength and conditioning work before conventional training camp practices begin. Based on timing, that would leave teams two or three weeks of conventional camp before the first regular-season week begins Sept. 7.

How would they play preseason games under that schedule?

They won’t. It hasn’t been announced yet, but the NFL acquiesced to the NFLPA’s demand to cancel the preseason, according to ESPN’s Dan Graziano. One of the consequences of that decision will be smaller camp rosters. Instead of a 90-man limit, teams are likely to be held to 80 players, a number that will make it a bit easier to maintain social distancing protocols.

What are the outstanding economic issues?

The NFLPA, like other sports unions, is pushing for a procedure that would allow players to opt out of the season because of preexisting conditions or other concerns. The sides are also continuing to discuss how to handle what is expected to be a leaguewide revenue shortfall of at least $3 billion this season. If they do nothing, the 2021 salary cap is projected to fall by at least $60 million. In short, the NFLPA wants to spread that fall through future years of the current collective bargaining agreement, which expires in 2030, while the NFL prefers a shorter-range hit.

What if they can’t agree on those issues?

Owners could mandate a delay in camp, or that it be conducted only in a virtual manner, but it’s important to know that the CBA prohibits strikes and lockouts. Ultimately, if no agreement can be reached, existing rules would dictate the course of camp and the season.

Jeremy Fowler polled a panel of more than 50 coaches, execs, scouts and players to come up with top 10 rankings for 2020:

Why would there be a revenue shortage if most NFL money comes from TV?

The biggest source would be from reduced or eliminated fan attendance. The NFL has left it up to teams to determine fan policies for games, in conjunction with state and local regulations. Teams that have announced preliminary plans have capped their new capacities at 20,000 or less to ensure social distancing in the stands and concourses. Those plans are subject to change. The NFL will require any fan who does attend a game to wear a mask.

Would fans actually buy tickets amid the pandemic?

Probably. One anecdotal bit of evidence emerged this week from Atlanta. The Falcons told ESPN’s Vaughn McClure that they had received word from 181 of their 50,000-60,000 PSL and suite owners who said they had no plans to attend games this season. That’s a pretty low number.

What else did we learn this week?

The NFL and NFL Referees Association are negotiating a separate set of protocols and have determined that officials won’t make their annual training camp visits. Coupled with the cancellation of the preseason, officials won’t get any work on the field until Week 1 of the regular season. Other issues they need to resolve include travel adjustments, opt-outs and plans for illness coverage.

The average age of the NFL’s officiating roster is 52. The league did not hire any “swing” officials this year, leaving two options for replacements if and when officials fall ill: Doubling up on weekly game assignments or using crews smaller than the traditional seven-person group.