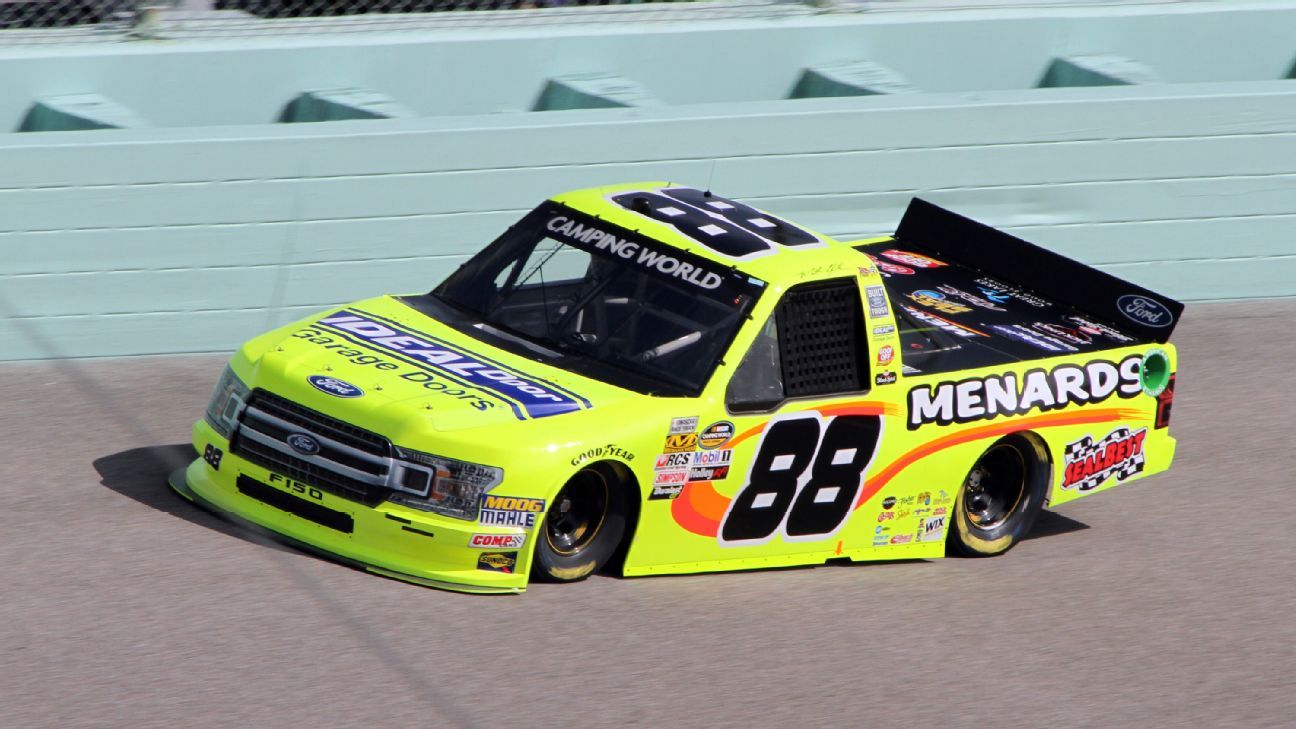 KANSAS CITY, Kan. — Matt Crafton won his first race in three years Saturday when the three-time and reigning Trucks Series champion held off Christian Eckes over the final 20 laps to win the second race of a doubleheader at Kansas Speedway.

It had been 67 races since Crafton won at Eldora in July 2017, but the 44-year-old veteran had finally put together some momentum after a run of three straight top-five finishes that included a fourth-place run Friday night. He stayed out of a slew of late-race cautions on Saturday to find himself at the front of the field on the final restart.

The 19-year-old Eckes, chasing his first career win, came across in second for the second straight week. Grant Enfinger was third, Tanner Gray fourth and Ben Rhodes rounded out the top 5 on a stifling afternoon under the sun.

Zane Smith showed good speed in the doubleheader opener Friday night and finished sixth, which meant he was lining up on the outside of Row 5 when the field was inverted for the second race at Kansas Speedway.

He showed even better speed right from the start Saturday.

The 21-year-old driver from Huntington Beach, California, quickly worked his way through the field and held off Brett Moffitt to win the opening stage. Smith drove away from the field again in his No. 21 Chevrolet to win the second stage, too — and a third for the weekend after he was the Stage 1 winner on Friday night.

The trucks from GMS Racing spent most of the day running at the front, at one point in four of the top five spots, until things began unraveling with about 40 laps to go. Moffitt and Smith were bunched together with teammate Tyler Ankrum when Smith got into him on the front stretch, turning Ankrum in front of Moffitt and into the wall.

“That’s the second time this year we’ve been KO’d by a teammate and I’m disappointed,” Moffitt said. “We had a fast Chevy and it’s a bummer we couldn’t go out there and fight for the win. We had a truck capable of it.”

Sheldon Creed was safely at the front for GMS until bumping into the outside wall shortly after the restart, causing damage to his rear. He managed a few more laps before ending up in the wall again and tearing up his truck some more.