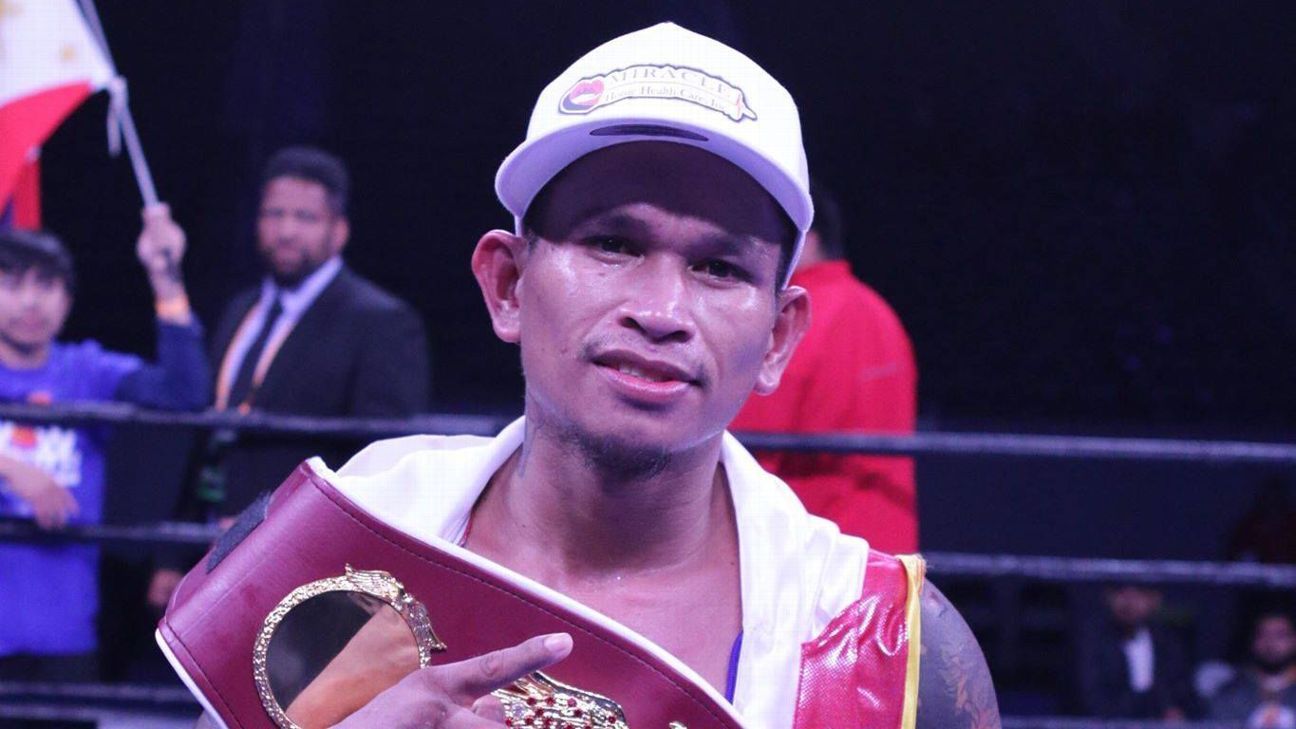 The anticipated bantamweight unification fight between Naoya “Monster” Inoue and John Riel Casimero might not happen if Casimero doesn’t take a reduction of his original purse, according to Top Rank CEO Bob Arum.

Inoue and Casimero were scheduled to meet April 25, but the fight was canceled because of the coronavirus pandemic.

“Inoue has an appointment next week at the U.S. embassy in Tokyo, it is an interview process,” Arum explained to ESPN. “He’s gotten his visa approved but he has to do a final interview. Once he gets his visa, we’re going to bring him over here and get him going, probably in September.”

The question is, will it be against Casimero (29-4, 20 KOs), who won his belt by stopping Zolani Tete in three rounds in November?

“I don’t know,” Arum admitted. “Again, we talked to Casimero about a purse when the good times were rolling, and when Japanese high rollers were going to come in and watch the fight, and we could get enough money from the hotel casino to allow us to do it — that’s gone now.”

The original fight was scheduled for Mandalay Bay in Las Vegas. Since the global pandemic, much of the sports world is operating under adverse economic conditions, especially without the ability to have a live paying audience.

“We have to talk to Casimero, is he willing to take a reduction like Inoue is?” Arum said. “If the answer is no, then we can put Jason Moloney in with Inoue, which may be an even better fight.”

Casimero, 31, has been in Las Vegas since March 15 and has not stopped training, according to Sean Gibbons of MP Promotions, which represents Casimero. He noted that their top priority is facing Inoue next.

“We’re just waiting for Inoue to get here first, before we make any decisions on reductions, or anything happening,” Gibbons told ESPN. “The guy’s not even in the country, we’ve been waiting four months for him to arrive. So let’s see the guy physically in the country, and then we’ll make some decisions on which way to go.

“Last I checked [Arum] was waiting for minimal amount of fans, similar to the [Teofimo] Lopez-[Vasiliy] Lomachenko fight. That’s where he left it, so let’s see the ‘Monster’ get in the country, and some decisions will be made quickly.”

The 27-year-old Inoue (19-0, 16 KOs) is considered one of the world’s elite fighters. He has won major world titles at junior flyweight, junior bantamweight and, after his run in the World Boxing Super Series (where he defeated the trio of Juan Carlos Payano, Emmanuel Rodriguez and Nonito Donaire) he is now the WBA “super” champion and the IBF titleholder at 118 pounds.