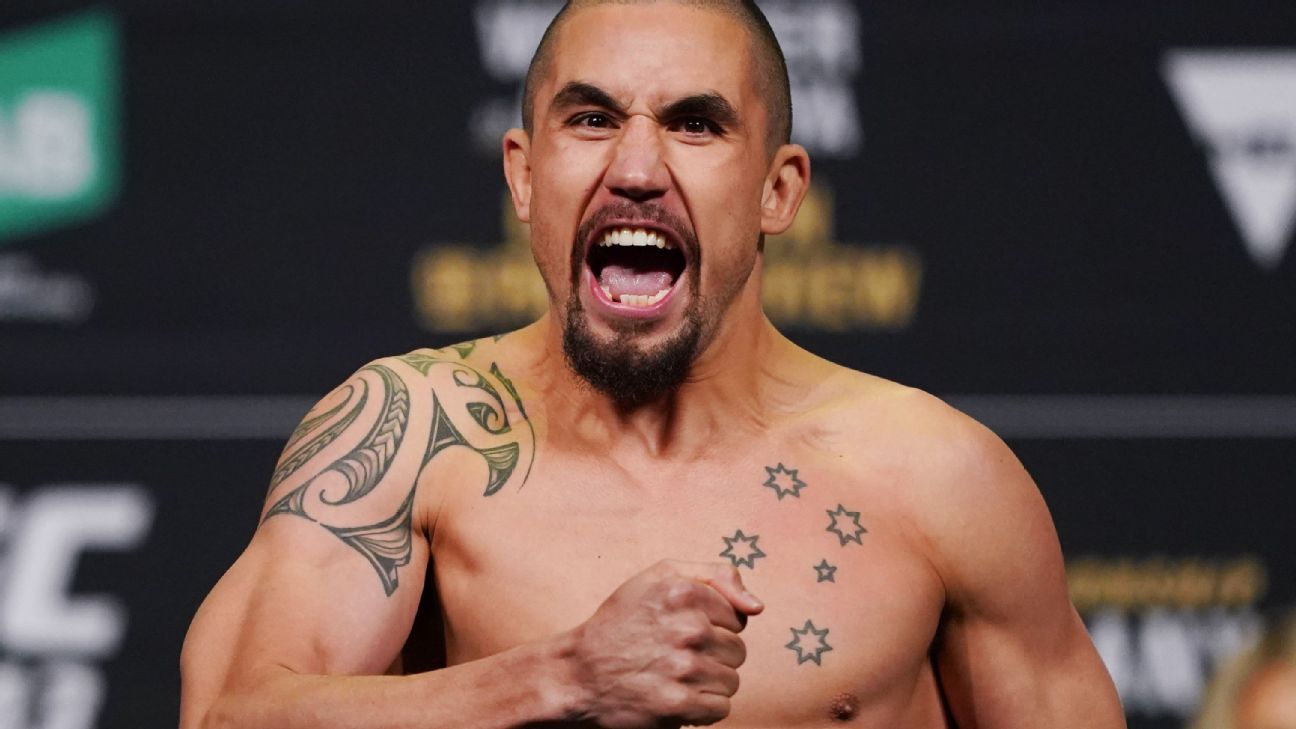 The next middleweight title challenger could be decided on Fight Island. And that pivotal bout is now official.

Former champ Robert Whittaker and Darren Till both made weight at 186 pounds on Friday in Abu Dhabi.

The two will meet on Yas Island — dubbed “Fight Island” for this monthlong slate of events — in the main event of UFC Fight Night on Saturday. This will be the fourth show in three weeks put on by the UFC in the United Arab Emirates.

ESPN has Whittaker ranked as the No. 2 middleweight MMA fighter in the world; Till is ranked No. 6.

Whittaker (20-5) has not fought since dropping the title to Israel Adesanya at UFC 243 last October. The New Zealand-born Australia resident was on a nine-fight winning streak prior to that, including two victories over Yoel Romero. Whittaker, 29, was the first Australian to win a UFC title.

Till (18-2-1) is coming off a split-decision win over Kelvin Gastelum at UFC 244 last November. The Liverpool, England, native snapped a two-fight losing streak with that victory. Till, 27, was undefeated before that skid and is a former welterweight title challenger. The Gastelum bout was his first in the UFC at middleweight.

The only fighter to not make weight on the 15-fight card was Francisco Trinaldo, who came in at 160 pounds for his 156-pound lightweight bout against Jai Herbert.