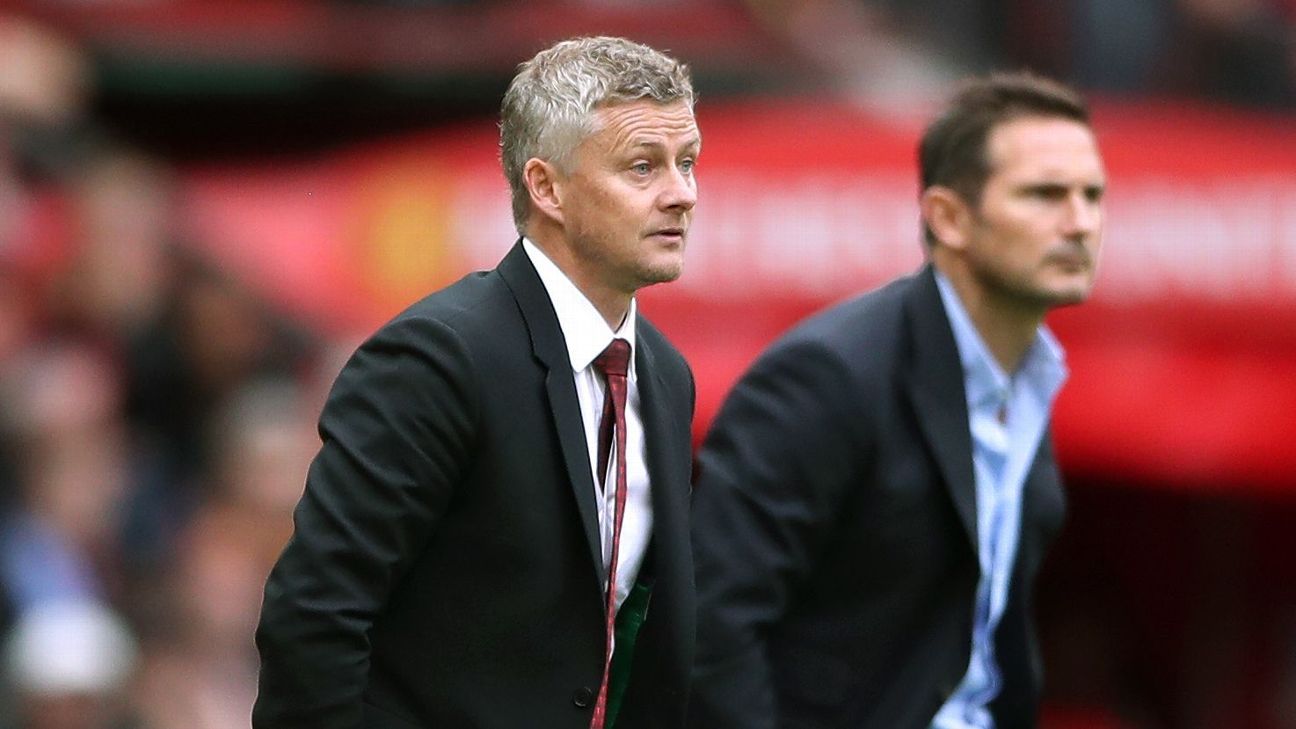 The race for Champions League qualification from the Premier League has now come down to a final-day scramble, with three clubs — Manchester United, Chelsea and Leicester City — locked in a battle for the two remaining places alongside Liverpool and Manchester City in next season’s competition.

One point separates third-place United from fifth-place Leicester, who meet on Sunday at the King Power Stadium. But the sense of jeopardy and drama has only been heightened with Chelsea playing sixth-place Wolves, who need a win to secure a Europa League spot, at Stamford Bridge.

United and Leicester can both claim a Champions League berth with a draw if Chelsea lose to Wolves, but with Chelsea only needing a point to qualify, it looks like a case of winner takes all at the King Power. With Champions League qualification worth at least £50 million to each club in prize money and broadcasting revenue, there is much more at stake than the chance to lift the European Cup in Istanbul next May.

So, what would qualification, or missing out, mean for each of United, Chelsea and Leicester?

United’s status as a commercial giant in the football world has protected them from the worst of the COVID-19 crisis, with the club reporting cash reserves in excess of £90m in their quarterly accounts in May. But missing out on Champions League qualification would hurt United, nonetheless.

A penalty clause within the club’s £75m-a-year, 10-year kit deal with Adidas states that United would incur a £22.5m reduction on each occasion that they missed out on the Champions League for two successive seasons. Failure to qualify this time would trigger that 30 percent pay cut, so being absent from the Champions League is a costly business, even for a money-maker like United.

Ole Gunnar Solskjaer is under contract through the end of the 2021-22 season, but Champions League qualification would considerably strengthen his claims for a new deal at Old Trafford. The Norwegian has overseen a squad rebuilding programme that has led to youngsters such as Mason Greenwood and Brandon Williams breaking through to shine.

United have improved under Solskjaer, but a failure to reach the Champions League would put him under intense pressure to deliver next season. For now, he is safe in his position no matter what happens on Sunday, but qualification will buy him the time he needs to continue his progress at Old Trafford.

United are favourites to sign Jadon Sancho from Borussia Dortmund and they are also keen to bolster their midfield and defence. Missing out on the Champions League would hurt their spending ability and also make Old Trafford a less attractive destination for potential signings.

It could also make United more vulnerable to having their leading players targeted by rival clubs, with Real Madrid and Juventus both interested in Paul Pogba and Paris Saint-Germain long-term admirers of Marcus Rashford. That said, qualification would make United a serious force in the market.

Chelsea’s reliance on the backing of billionaire owner Roman Abramovich remains, despite the club’s growth on and off the pitch since the Russian’s takeover in 2003. Recent years have seen Abramovich spend less time and money on Chelsea, with a failure to secure a UK visa in 2018 coinciding with him distancing himself from Stamford Bridge. The club continue to insist that Abramovich remains fully committed to Chelsea, however.

But plans to rebuild Stamford Bridge have been shelved and Chelsea have now become a club that spends what it earns, so missing out on the Champions League will have a significant impact on finances. Having cited the absence of Champions League football as a factor in a £96.6m loss in their 2019 financial results, qualification this time is absolutely crucial.

No Chelsea manager in the Abramovich era has survived in the job after failing to qualify for the Champions League, but it is unlikely that Frank Lampard will be sacked if he finishes fifth in his first season in charge.

The former Chelsea midfielder was recruited a year ago and tasked with the challenge of steadying the ship following the sale of Eden Hazard and a worldwide transfer ban, which denied Lampard the chance to strengthen the squad. Lampard has given youth a chance and been repaid by the likes of Mason Mount, Fikayo Tomori and Christian Pulisic, so he has earned at least another year at the helm.

But Abramovich’s legendary impatience will leave Lampard with little margin for error next season if Chelsea end up in the Europa League.

Chelsea have already done most of their business, striking deals for Ajax winger Hakim Ziyech and RB Leipzig forward Timo Werner, with a move for Bayer Leverkusen‘s Kai Havertz also close to being completed.

The majority of Chelsea’s spending so far has been sourced from the €100m (£88.5m) sale of Eden Hazard to Real Madrid last summer, so further signings will depend on how much they can anticipate earning if they qualify the Champions League.

If Chelsea qualify, expect a move for a new goalkeeper. If they miss out, manager Frank Lampard may have to persevere with unconvincing, £71.6 million shot-stopper Kepa Arrizabalaga for another campaign.

Leicester recorded a loss of £20.2m in the most recent annual accounts in 2019, but the 2015-16 Premier League champions are renowned as a well-run club within the Premier League after 10 years under the ownership of the Srivaddhanaprabha family.

Failure to qualify for the Champions League will not have a significant impact on the club’s finances, but a top-four finish would see Leicester stand to earn a minimum £50m from the competition. While the business models of both United and Chelsea are rooted in Champions League participation, Leicester would regard qualification as a financial bonus.

Brendan Rodgers is under contract with Leicester until the end of the 2024-25 season, so the former Liverpool and Celtic manager can plan for the future at the King Power having arrived at midway through last season.

Missing out on a top-four spot, having occupied a Champions League berth virtually all season, would be a blow to Rodgers, but Leicester are already assured of at least a Europa League place and that would have been regarded as a success at the start of the campaign.

Leicester’s recent form — they have won just three of their last 10 league games – is a cause for alarm, but Rodgers will be safe if they miss out because they have already overachieved this season.

Rodgers is planning to have as little as £20m to spend this summer due to the financial impact of COVID-19, but that figure could be boosted if Leicester receive an offer matching their £80m valuation of left-back Ben Chilwell.

The guarantee of Champions League income would boost Leicester’s transfer fund, however, and enable Rodgers to recruit the attacking reinforcements he needs. Qualifying for the Champions League would see Rodgers go from having to shop for bargains to being able to add proven quality to his squad.