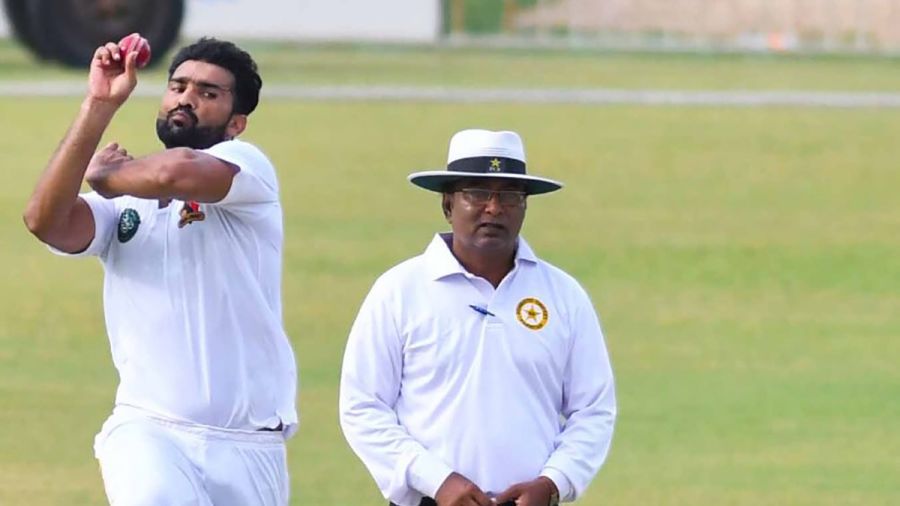 Pakistan’s leading batsmen fluffed their lines on the opening day of their final intra-squad warm-up game before the first Test against England at Emirates Old Trafford next month.

Experienced pace bowler Sohail Khan took 5 for 37, dismissing Abid Ali, Shan Masood and skipper Azhar Ali cheaply as Team Green were bowled out for 113 at the Incora County Ground in Derby. Only three batsmen reached double-figures, most notably Babar Azam who scored 32 from 77 balls, and in reply Team White were 88 for 3 from 34 overs at the close.

On a difficult day for batsmen, there was a worry for the tourists when opener Imam-ul-Haq was hit on the left hand by a ball from Naseem Shah and was forced to retire hurt on 19.

Unless there are injuries to the bowlers, Pakistan’s attack at Manchester is likely to comprise Mohammad Abbas, Shaheen Afridi, Naseem Shah and legspinner Yasir Shah but Sohail has certainly given the selectors food for thought.

After Sarfraz Ahmed won the toss for Team White and elected to bowl first on the same pitch used for the first warm-up match, the 36-year-old blew away the top order in a disciplined opening spell from the City End. He was rewarded for maintaining a full length which allowed the ball to swing but there were question marks over some of the shot selection which saw three wickets fall in the first 11 overs.

Abid would have been looking for time in the middle after a blow to the head in the previous warm-up game prevented him batting in the second innings but he made only 1 before he was lured into edging a drive in Sohail’s second over.

Masood survived a dropped catch at third slip off Imran Khan but he failed to prosper, lbw to a full-length ball that swung in late and caught him on the crease. Azhar made a century in the previous game but another swinging delivery from Sohail defeated his forward push although his reaction suggested he thought he had got outside the line.

A stunning catch at second slip accounted for Asad Shafiq and although Azam looked set for a substantial innings, he went in the third over after lunch when he edged Imran behind.

Shadab Khan left a big gap between bat and pad and lost his middle stump and when Mohammad Rizwan missed an expansive drive at Faheem Ashraf, the chances of a respectable score were fading. Sohail claimed his fifth wicket when Shaheen Afridi played across a full length ball, leaving Team Green in need of quick wickets to repair some of the damage.

Naseem obliged by trapping Fakhar Zaman lbw and had Haider Ali dropped first ball at second slip although he soon fell to a loose drive at Masood.

When Imam was rapped on the fingers by a ball that leapt, he was unable to continue and headed to the dressing room for ice treatment with initial reports suggesting the injury was not serious.

Yasir lured Iftikhar Ahmed down the pitch before bad light ended play with Team White only 25 runs behind in a game that has been given first-class status and is being played to Test match rules.