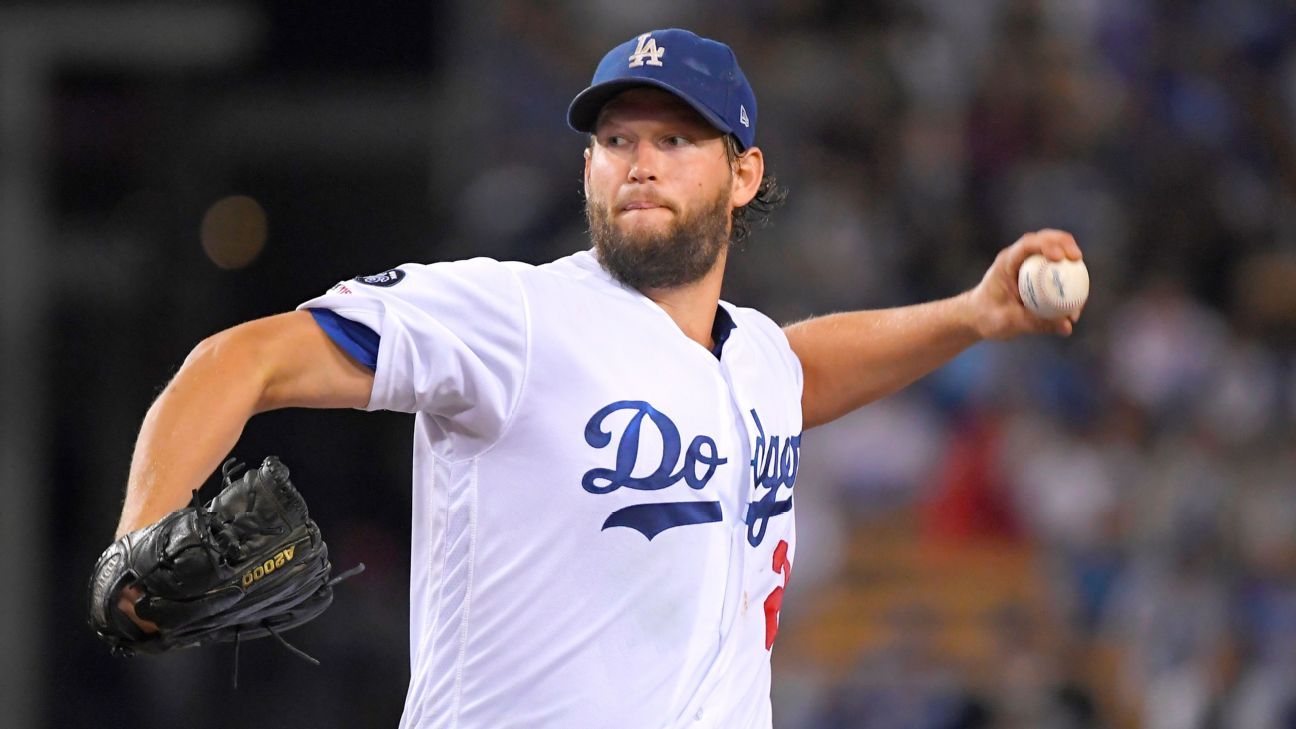 Los Angeles Dodgers ace Clayton Kershaw was put on the 10-day injured list because of stiffness in his back and will not make his scheduled start in Thursday’s Opening Day game against the San Francisco Giants, the team announced.

The Dodgers recalled right-hander Dustin May, who will make the start in place of Kershaw. May will be the first Dodgers rookie to start on Opening Day since Fernando Valenzuela in 1981, according to ESPN Stats & Information research.

Manager Dave Roberts said Kershaw’s back stiffened up in a weight room workout two days ago. He’s been receiving treatment ever since, but the training staff advised against the 32-year-old three-time NL Cy Young Award winner making his ninth opening day start.

Kershaw would have made his ninth Opening Day start for the Dodgers. He also missed Opening Day last year when he began the season on the injured list because of left shoulder inflammation. He was replaced by Hyun-Jin Ryu, who signed with Toronto in December.

“He’s as prepared a player as I’ve ever been around and starting an opening day means a lot to him,” Roberts said. “For him to not get to experience it for the ninth time, I just feel for him.”

May was left off the Dodgers’ 30-man roster earlier in the day after being optioned to the team’s alternate training site earlier in the week. Outfielder Terrance Gore was called up in May’s place.