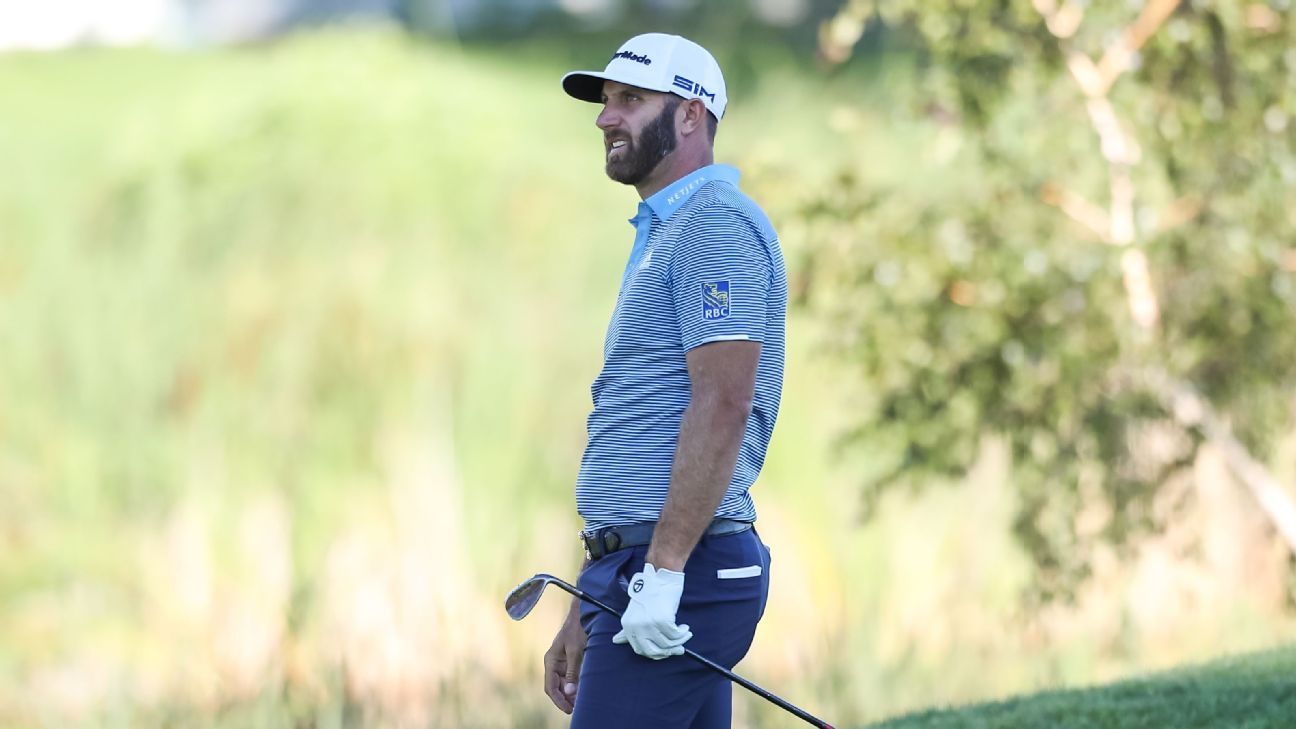 BLAINE, Minn. — The day before the first round of the 3M Open, the pros practicing for the PGA Tour’s lone stop in Minnesota seemed surprised by chilly temperatures that dipped into the 50s.

Things never seemed to warm up for Dustin Johnson, who withdrew because of a back injury after shooting a 7-over 78 on Thursday. The round included a wild par-5 18th hole where he shot a 9.

Johnson, who started on the back nine, was even entering the par-3 17th but landed in the pond to the left of the green and ended up with a double bogey. On the 18th, he found the drink twice.

“It was going OK until I hit it … well, I just hit a poor shot on 17,” he said after the round and before his withdrawl was announced. “I hit it a little heavy in the water, made 5 there. But then hit a great drive on 18 and we only had like 199 [yards] to cover from where I was, 208 flag. It was a perfect 6-iron. Hit it right at it and never once did I think it was going to go in the water. That never crossed my mind when it was in the air. Just went in the water and I hit two more shots in the water, then I hit a good one, made a tap-in for a 9.”

It has been an up-and-down four weeks for the South Carolina native. On June 28, he won the Travelers Championship. However, at The Memorial in Dublin, Ohio, last week he finished 126th out of 128 golfers after two rounds — the worst 36-hole stretch of his PGA career.

“Yeah, it’s just my iron play,” he said. “I feel like I’m driving it well, but the iron play, first six or seven holes hit it close and then the rest of the day kind of struggled a little bit with iron play. Kind of the same last week. I just struggled with my iron play, and [that] makes it difficult.”