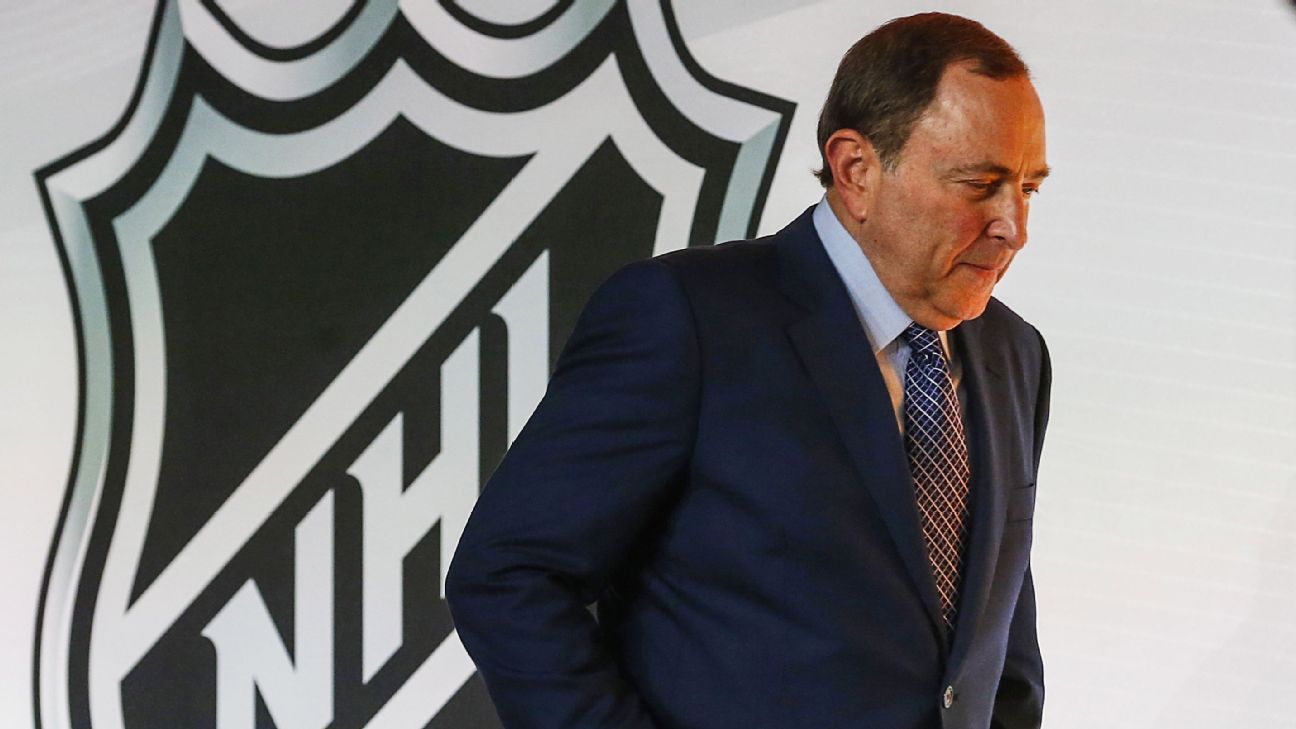 When the NHL restarts its season on Aug. 1 in Toronto and Edmonton, neither commissioner Gary Bettman nor deputy commissioner Bill Daly will be on-site.

“Bill and I have actually put ourselves on the back burner because we don’t have the requisite approvals to enter Canada or the bubble without a 14-day quarantine,” Bettman said Friday during a news conference. “We also have an open question as to whether or not an owner or a senior executive of a club can come in and watch the games from outside the bubble. Those are questions that are still evolving.”

There are many questions about the NHL’s restarted season, and some were answered during Bettman’s availability, including the fact that the commissioner will be the one to ultimately make the call on a player’s eligibility if he tests positive for COVID-19 or needs to be quarantined for any reason.

“In the final analysis, it may be me. But I’m going to defer to the medical people, both from the governmental authorities and our own medical people in conjunction with the players’ association,” Bettman said. “I won’t be making the medical decisions. I’ll be taking the guidance. But I suppose it’s my authority to decide who plays in our games and who doesn’t. But that’s a decision I’m going to leave to the people who are experts in doing this.”

Those experts include Dr. Willem Meeuwisse, the NHL’s chief medical officer. He said that the NHL had long discussions with the Canadian health authorities and landed on a strategy that’s “similar to health care workers,” where “you assume that there’s a degree of exposure.” The difference is that the NHL can’t put masks on players while they’re competing, but Meeuwisse said the league has mitigated that risk by testing on a daily basis.

That said, the NHL intends to do contract tracing inside the bubble “if we believe the degree of exposure is unusually high,” Meeuwisse said, “and there still may be quarantine” for those players that were in high-risk environments.

Stephen Walkom, NHL senior VP and director of officiating, said the situation is as unprecedented for the officials as it is for the players. There will be 20 referees and linesmen in each hub, allowing them to interact as a group in ways they don’t typically do in the postseason. He said they’re already onsite and beginning a minicamp ahead of the exhibition games.

“[After] all the testing and quarantining that the officials did prior to coming into the hub cities, getting them here safely and then testing them again before getting ready for the restart, I’m happy to say that all the tests came in [as] negative, and our guys will be hitting the ice later today,” he said, adding that his officials are also confident that they’ll be safe during games.

“There’s a trust in the system that’s been set up in the bubble. Our guys understand that the players have been tested thoroughly. They’re going to be tested every day, just as they are. Our guys are going into the game more concerned about avoiding sticks and pucks than anything else. Once the puck goes down, that’s their real safety concern.”

The NHL officials are taking one other precaution for COVID-19. Walkom said they’re changing their whistles, and switching to a model that requires less breath to operate. Walkom said the NHL did explore using electronic whistles for games, but ultimately decided not to use them due to limitations on the technology. “One of the things we will be trying is a Fox-40 pea-less whistle, which we believe has the right trill for the players and takes a lot less force to use. We’re going to be using that today on the ice and giving that a go,” he said. “The officials didn’t want to use the electronic whistle. It hasn’t been tested enough.”