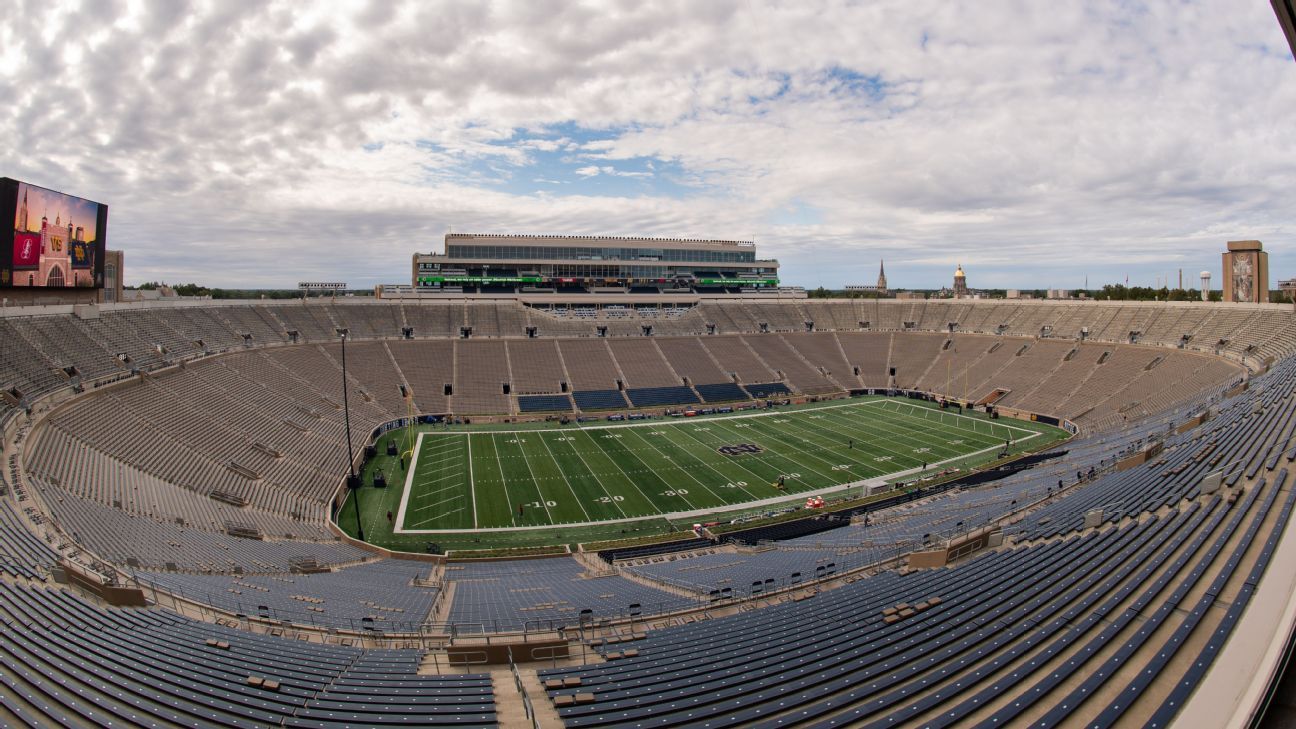 With the country continuing to battle the coronavirus pandemic, the state of the college football season remains uncertain, and a standard fall schedule seems unlikely as August approaches. Each conference has put together a plan for the upcoming season, but as the news changes, so will the college football landscape.

Here are the latest updates from the college football world.

AAC will require testing before games: The AAC announced that it will require coronavirus testing up to at least 72 hours before football games. The protocol will be in place throughout the regular season and bowl season.

Chick-fil-A Kickoff games up in the air: The status of the three Chick-fil-A Kickoff games, each of which feature an ACC team, remains uncertain as the ACC, Big 12 and and SEC continue to weigh the options pertaining to the upcoming season. Florida State, North Carolina and Virginia are all slated to play over the first two weeks of the season in Atlanta at the yearly Kickoff event.

ACC to announce football decision in late July: Along with the Big 12, the ACC announced that it will make a decision on the football season in “Late July.” The announcement came on the heels of the Big Ten announcing a conference only schedule in 2020.

Big 12 to announce football decision in late July: Along with the ACC, the Big 12 announced that it will make a decision on the football season in “Late July.” The announcement came on the heels of the Big Ten announcing a conference only schedule in 2020.

Big Ten cancels non-conference: Big Ten directors and and presidents announced that the conference will move to a “conference-only” model for all fall sports, including football

Pac-12 moves to conference-only football this season: The Pac-12 followed in the Big Ten’s footsteps and announced the upcoming 2020 football schedule will be conference-only. All of the non-conference games have been canceled, including Ohio State at Oregon and USC vs Alabama in Arlington.

SEC delays football decision: Greg Sankey, SEC commissioner, said “there will be more clarity” near the end of July in regards to a decision about the football season. The conference will likely follow the ACC and Big 12’s plan of announcing a decision by the end of the month.

Games canceled/postponed: All games scheduled have been canceled.

Robert Morris reschedules: Hawaii filled a gap in its schedule due to the on-going coronavirus with a Sept. 26 game with Robert Morris. Robert Morris is an FCS Independent for the 2020 season as it prepares to join the Big South in 2021.

Ivy League sets the trend: The Ivy League announced on July 8 that all fall sports, including football, will not compete in 2020. The decision by the conference at the start of the month was the first major decision about fall sports by any conference in the country in regards to the coronavirus pandemic.

Games canceled/postponed: All games scheduled have been canceled.

MEAC suspends all fall sports: The Mid-Eastern Athletic Conference suspended all fall sports for an indefinite period on July 16. The conference has not ruled out playing football in the spring.

Patriot League cancels fall sports: On July 13, the Patriot League announced it was canceling all fall sports, including football. The decision followed step with the Ivy League’s announcement in early July.

Games canceled: All games are postponed for 2020. The conference is aiming for a season in the spring.