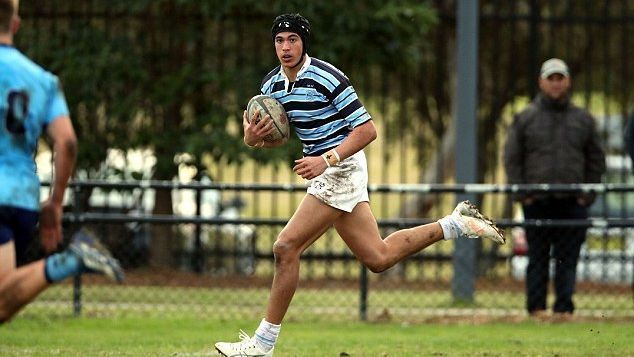 Waratahs coach Rob Penney says age will be no barrier should the franchise secure in-demand teenager Joseph Suaalii, confirming he would pick the soon-to-be 17-year-old to play Super Rugby AU this season.

Penney stressed any decision to select Suaalii – who is now tipped to commit his future to the 15 man code by signing a contract with Rugby Australia – would have to be in the athlete’s best interests, but that there would be no unnecessary loyalty shown to existing Waratahs players.

While a deal is yet to be officially done, Penney couldn’t resist a cheeky dig at a rabid NRL community who thought it would see Suaalii put pen to paper on a three-year extension with South Sydney when he turns 17 on Aug. 1.

“Joseph is a rugby man, so I don’t know if he’s switching,” Penney told reports with a grin on Thursday. “Look who knows? He’s obviously an outstanding talent and a very popular individual at the moment … we’ve got a great game and we’d love to see him part of it, and he’s more than welcome. But obviously there’s a lot of water to go under the bridge yet.

“I haven’t actually met the kid yet, but I’ve just had the pleasure of watching his packages and he’ll be a great asset to the game.”

The original news report, published by the Daily Telegraph, suggested Rugby Australia’s offer was around the AU$1 million per season mark, a figure RA has widely discredited, with reports since indicating the contract may be worth anywhere in the vicinity of $200,000-500,0000 per year.

It is believed private benefactors and the Australian Rugby Foundation have agreed to foot a portion of the contract in a similar situation to those deals previously created for David Pocock and Israel Folau.

But the initial $3 million figure reported by the Telegraph certainly ruffled some feathers, Penney confirming that the Waratahs were quick to address the situation, after players who are all on reduced salaries, expressed their discomfort at the game’s pursuit of Suaalii.

“Yeah there has been [some unrest] and we’ve addressed it, the reality is that we’ve got all of our staff on only percentages of their contractual earning as well,” Penney said “So people across the game have made sacrifices.