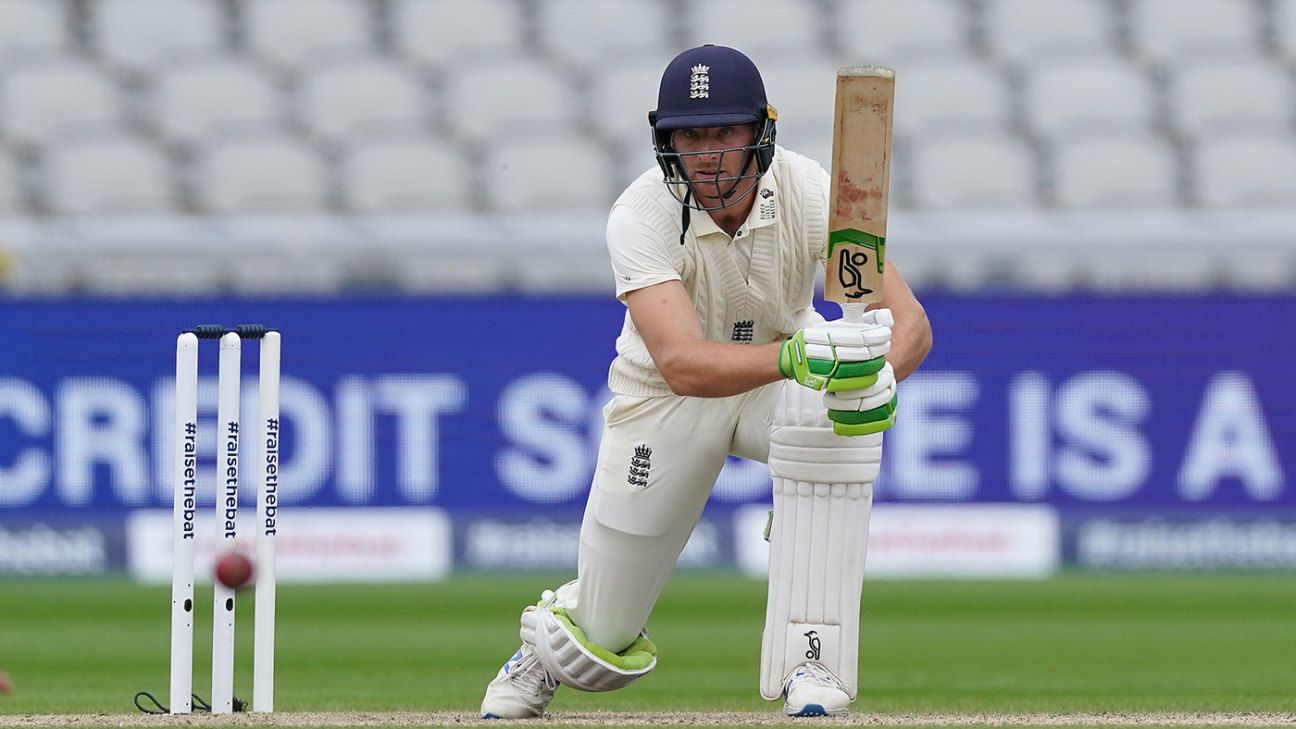 Jos Buttler remains a “vital” member of the England team, according to his captain, Joe Root, and the national selector, Ed Smith.

Buttler’s position has started to come under scrutiny after a year in which he has averaged 21.26 from 12 Tests. But both Root and Smith have defended Buttler’s longer-term record and insisted he contributes more to the team than is represented on the scorecard.

“Jos was recalled to the side 27 Tests ago in May 2018,” Smith said. “Jos averages about 31 in that period and has contributed to a lot of wins with his own personal contributions.

“So I suppose part of what we’re trying to do in selection is based around the team winning. Every player who has played in this period, even though there have been a number of players who haven’t performed as well as they would have wanted personally, have contributed to that good form as a team.”

While Buttler has actually played in 15 winning teams in that period – he missed the Lord’s Test against Ireland – there is no doubt he remains highly respected within the England squad. And Root used the example of the second Test of this series to demonstrate the selfless cricket which so endears Buttler to his team-mates and which is not accurately represented by his career statistics.

Twice at Emirates Old Trafford Buttler was required to accelerate the scoring: once, in the first innings, when he was left with the tail and eventually succumbed to a catch on the midwicket boundary and once, in the second innings, when he was promoted to open as England attempted to set-up a declaration. He fell for a duck in the first over after edging an expansive drive onto his stumps.

“If you look at the last game, both times he was left in a situation where he basically gave his wicket up for the good of the group,” Root said. “That’s the sort of player he is and how he goes about his cricket. That’s why he’s so vital to our team: because he’s willing to play in a manner that suits the situation that we need from him at any given point.

“It must have been quite hard for him. In the first innings, he got himself in a position where he felt good and he was playing some good cricket. Then we lost a couple of wickets at the other end and he had to get on with it. I thought he could easily have got 70-odd not out and he’s in a different place, feeling on top of the world with his batting again.

“In both first innings in this series, he has looked one of our better players in many ways. That’s the thing he’s got to try to look at. I feel a score is just around the corner for him.”

There was, however, a first hint from Smith that England do have other options for the position. And while nobody in the team management will suggest Buttler is now playing for his place – “I would never frame things in that way,” Smith said, “as I don’t think that’s a good message for any player” – it does appear time may be running out for him. Another failure in this Test could well see Ben Foakes recalled for the Pakistan series.

“What we like to have as a selection panel is depth across every position and that applies to wicketkeeper batting as much as anywhere else,” Smith said. “In the wicketkeeping position and middle-order batting we do have depth. That’s clear.”