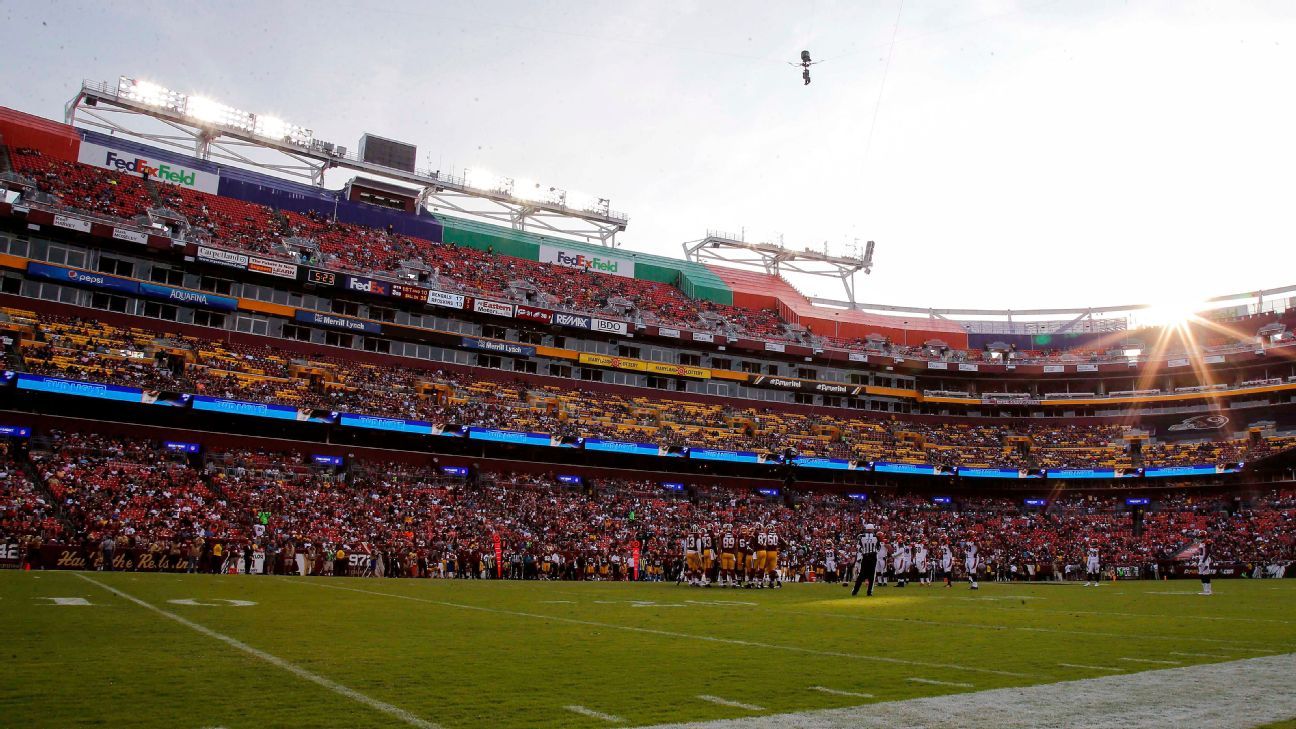 The independent group that advises the NFL on matters of diversity and inclusion on Friday will formally request that the league investigate whether the Washington franchise adhered to a new rule in hiring two high-ranking executives earlier this week.

The Fritz Pollard Alliance, which assists the NFL in enforcing compliance of the Rooney Rule, has questions about the events that resulted in Washington — which is undergoing a renaming process and reeling from a stunning report in The Washington Post in which 15 women who previously worked for Washington’s franchise allege sexual harassment by then-Washington staffers — adding two officials in key roles. At issue is whether the embattled franchise flouted the revised rule in bringing aboard Terry Bateman and Julie Donaldson.

Contacted late Thursday night, Rod Graves, the Fritz Pollard Alliance’s top decision-maker, declined to discuss the situation in detail with The Undefeated. Graves, though, did confirm he intends to speak with officials in the league office soon.

In a text message to The Undefeated, Graves wrote, “The Fritz Pollard Alliance has sent inquiries to the NFL and to the Washington Football Team regarding the hiring process for Terry Bateman and Julie Donaldson.”

Under the most recent expansion of the rule approved by owners May 19, clubs and the league office are now required to interview “minorities and/or female applicants” for positions such as team president and “senior executives in communications, finance, human resources, legal, football operations, sales, marketing, sponsorship, information technology and security positions.” Moreover, there actually must be a credible process in which owners, or those they empower to hire, interview multiple candidates and deliberate before picking one.

On Monday, the franchise named Bateman, who has a longtime business relationship with Washington owner Daniel Snyder, as the executive vice president and chief marketing officer. In the role, Bateman “will be leading the charge on the name change and branding process … [and] also oversee all of the team’s marketing activities, sponsor relations, internet and broadcast media operations and overall business strategy,” a news release announcing his hiring read. The day after revealing Bateman’s ascension within the organization, Washington trumpeted the arrival of Donaldson, formerly an anchor and host for NBC Sports Washington, as senior vice president of media. According to the team’s news release, Donaldson “will be the first female to be a regular on-air member of an NFL radio broadcast booth.”

However, the rapid-fire announcements at a time the franchise is managing dual crises of being pressured by NFL corporate sponsors to change its former name, which many considered a racist slur toward Native Americans, and the horrific picture of Washington’s corporate culture under Snyder exposed in The Post report, has stirred doubt within the league that Washington conducted thorough hiring processes as required by the Rooney Rule, two NFL club executives told The Undefeated.

In place since 2003 for head coaches and first expanded in 2009 to include general manager jobs and equivalent front-office positions, the rule – named after former Pittsburgh Steelers chairman Dan Rooney, the onetime head of the league’ s diversity committee – mandates that an NFL team must interview at least one minority candidate for these jobs.

An investigation into Washington’s hiring practices could result in commissioner Roger Goodell’s first major test on this front since the league’s latest attempt to strengthen the rule. Frustrated executives and coaches of color are eager for substantive change to finally occur in hiring in a league whose on-field workforce is nearly 70% Black.

The NFL will begin the 2020 season with only four Black and Latino head coaches and two Black general managers. The league has never had a Black team president. And in the last three hiring cycles, there have been 20 head coach openings but only one coach of color has been hired in each cycle.