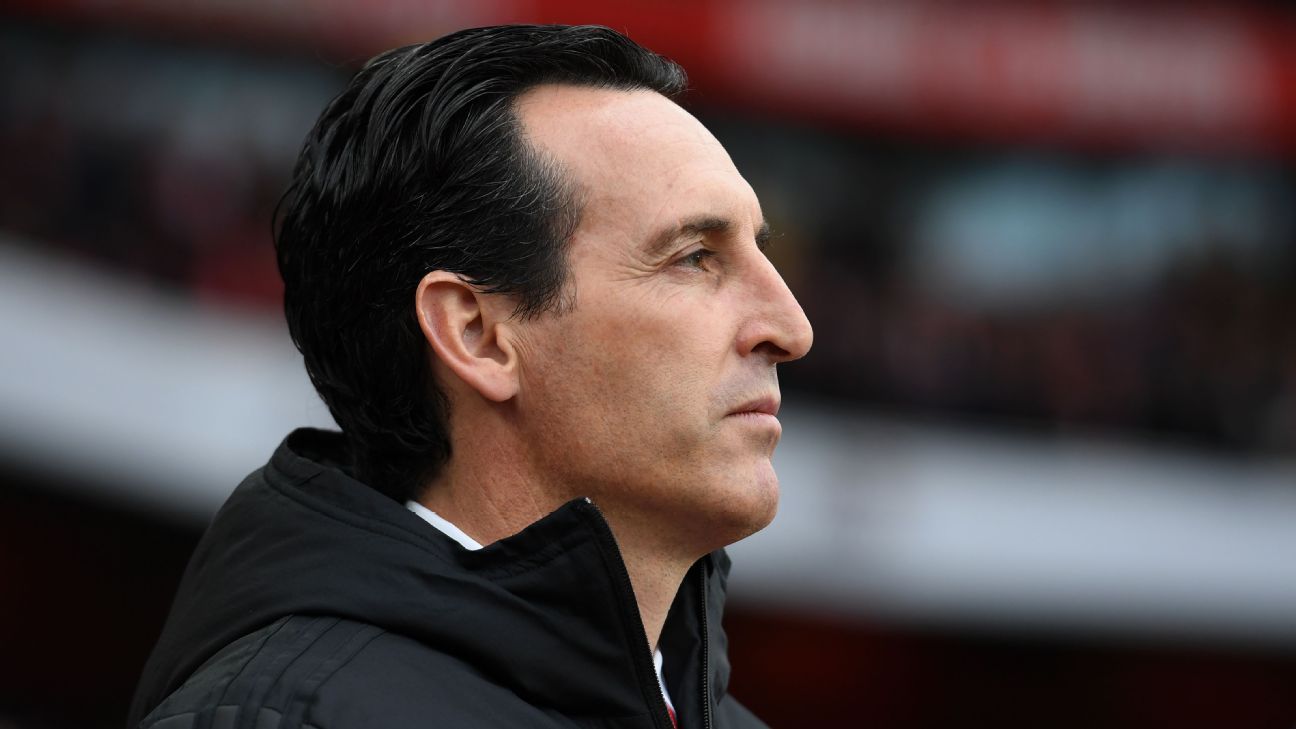 Former Arsenal manager Unai Emery has been appointed as the new boss of Villarreal, the La Liga side announced on Thursday.

Sources had told ESPN on Monday Emery would take over at Villarreal and he replaces Javier Calleja, who left after they finished fifth in table, missing out on a place in the Champions League.

Emery has been without a club since being sacked as Arsenal boss in November. He has signed a three-year-contract and will be presented as manager on Monday at 12.30 p.m. CET (6.30 a.m. ET).

Emery’s first major post in management was at Villarreal’s local rivals Valencia, where he moved to from Almeria in 2008.

However, following a stint in Russia with Spartak Moscow, it was with Sevilla where he really made his name as he led the club to three successive Europa League titles.

He earned a move to Paris Saint-Germain in 2016, but missed out on the Ligue 1 title in his first campaign, where he won won both domestic cups. He stayed for a second season where he won every available domestic trophy, but was eliminated in the Champions League round of 16 in both seasons before he took over at Arsenal.

Emery had replaced Arsene Wenger at the Emirates, who had been in charge for 22 years, and led the club to the Europa League final in his first season, where his side were beaten 4-1 by Chelsea.

The Spaniard was sacked and replaced by Mikel Arteta following a difficult start to the 2019-20 campaign.