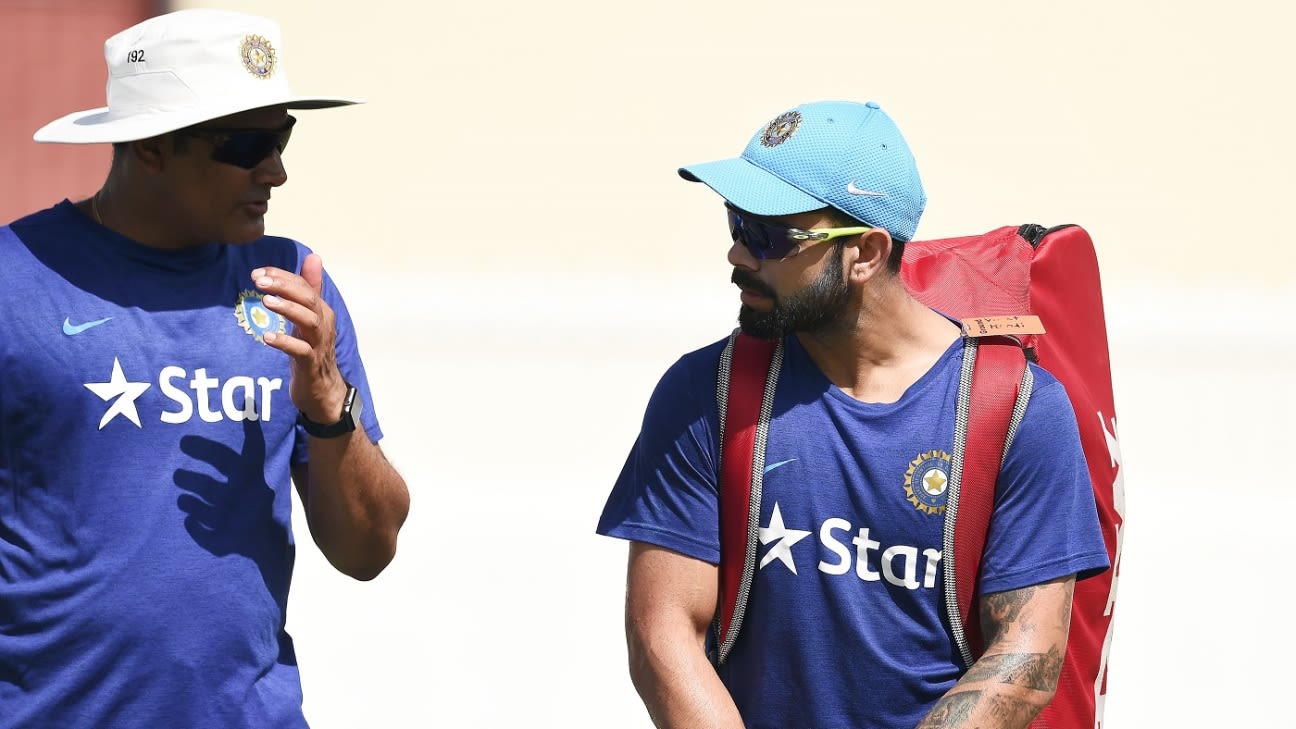 Anil Kumble, the former India captain, doesn’t regret walking away as the team’s head coach in 2017, but feels “the end could have been better”. He stepped down immediately after the Champions Trophy in June, where India finished runners-up to Pakistan, after his partnership with Virat captain Kohli became “untenable.”

Ahead of that tournament, reports of Kohli telling BCCI about players being uncomfortable with Kumble’s “overbearing” ways surfaced. “The one year I spent with the Indian team [2016 to 2017] was fantastic,” Kumble said in an Instagram Live with former Zimbabwe medium pacer Mpumelelo Mbangwa. “We did really well in that one-year period.”

During his term from June 2016 to 2017, India rose to become the No. 1 ranked Test team, beating West Indies (away), New Zealand, England and Australia (all at home). In all, India won 13 and lost just one Test during his 17-match run as India coach.

“I was really happy that there were some contributions made and there are no regrets. I was happy moving on from there as well. I know the end could have been better but then that’s fine. As a coach, you realise when it’s time to move on; it’s the coach who needs to move on. I was really happy I played a significant role in that one year.”

Kumble currently chairs the ICC Cricket Committee, with still a year to go in his nine-year term. On the coaching front, he will be involved with Kings XI Punjab as director of cricket operations.

“Kings XI Punjab haven’t been consistent in 12 seasons of the IPL, and it’s a challenge,” Kumble said. “I’m looking forward to being part of a dressing room again. I’m also towards the end of my term in the ICC cricket committee. It’s wonderful being part of the ICC, to keep yourself abreast of what is happening and to contribute in your own way is very special.”