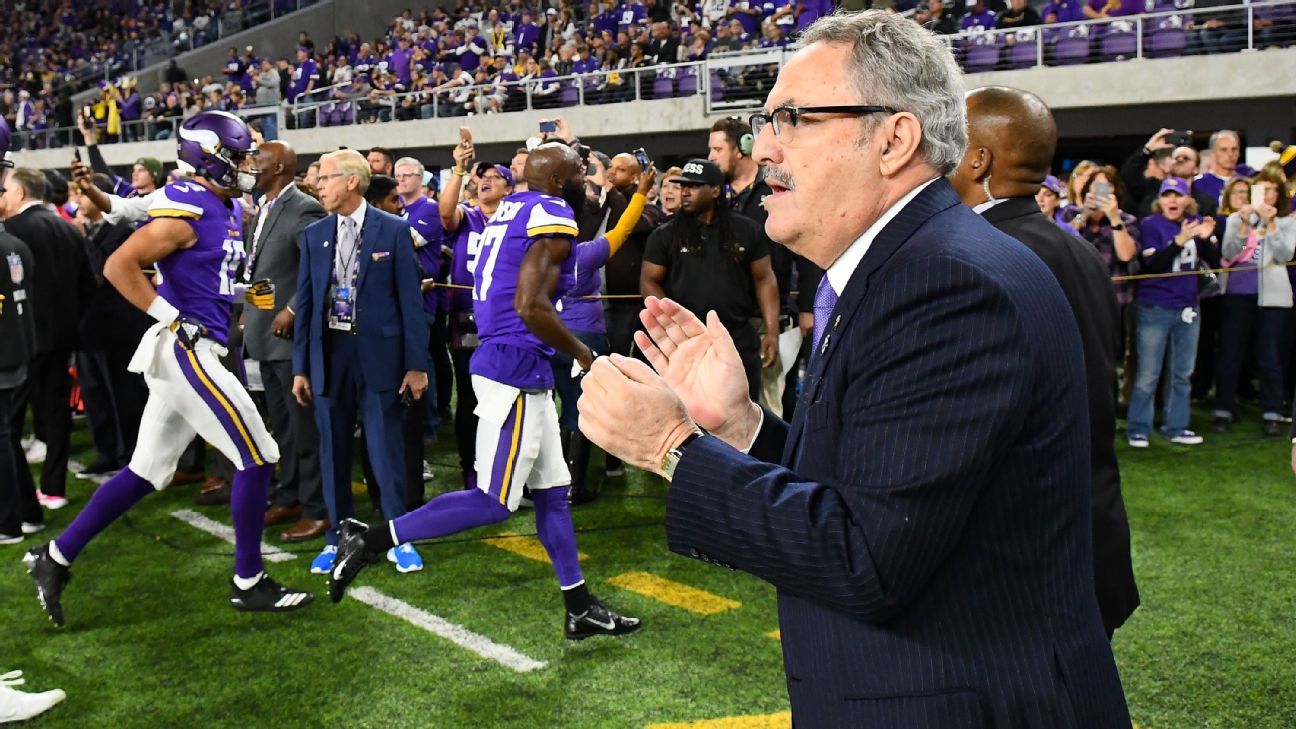 The Wilf family that owns the Minnesota Vikings has emerged as a serious candidate to buy the Minnesota Timberwolves, league sources told ESPN.

Only recently did the Wilfs emerge as one of the groups bidding to buy the NBA team in their city from billionaire Glen Taylor, sources said. There are several bidders for the team, including metropolitan New York real estate developer Meyer Orbach, who bought a minority stake in the Timberwolves in 2016. Former Timberwolves’ standout Kevin Garnett also said he’s forming a group to try to purchase the team.

But the Wilfs appear to be in a prime spot at this time to buy the time, though a decision on the sale might not be made until September, sources said.

Taylor has owned the team since 1994, when he bought it for about $88 million. He has retained The Raine Group to sell the franchise. He is seeking at least $1.2 billion that has been valued at close to $1.4 billion.

The Wifs bought the Vikings from Red McCombs in 2005 for $600 million. The franchise’s value now likely would be well over $3 billion. Zygi Wilf is the Vikings’ principal owner, Mark Wilf is the president and co-owner and Leonard Wilf is co-owner and vice chairman. They have been active in Minnesota, getting U.S. Bank Stadium built, building a state-of-the-art training facility for the Vikings, and then just last month, donating $5 million to various social justice causes on top of the $5 million they donated to COVID-19 relief.

Now their scope and power in Minnesota could be expanding. They are in pursuit of a Timberwolves’ team that would give their family a sports empire in Minnesota.