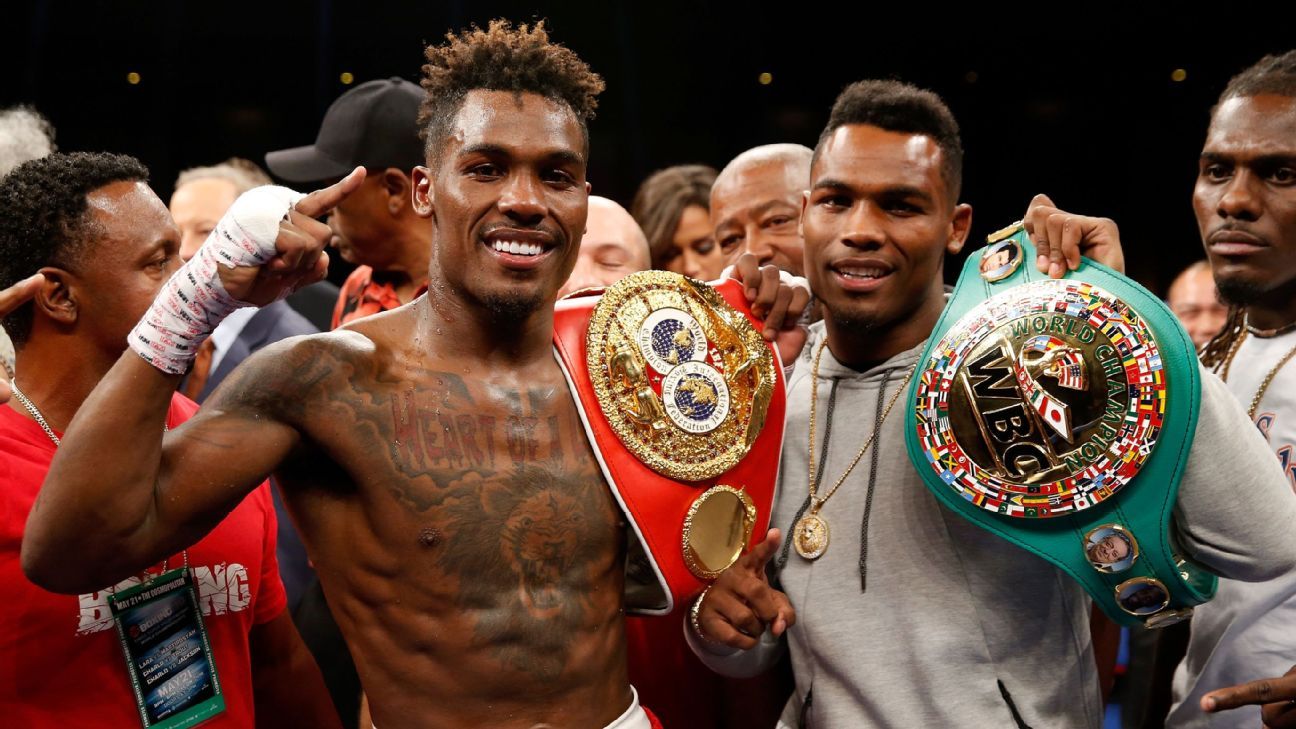 Showtime and Premier Boxing Champions announced a stacked boxing schedule on Wednesday with nine cards that will run from August through December.

The slate will feature two pay-per-view cards. The first will be headlined by Gervonta “Tank” Davis vs. Leo Santa Cruz for the WBA junior lightweight and lightweight titles on October 24. The second will feature a Charlo brothers doubleheader which will pit Jermall Charlo vs. Sergiy Derevyanchenko for the WBC middleweight title and WBC junior middleweight champion Jermell Charlo (33-1, 17 KOs) vs. IBF and WBA junior middleweight champion Jeison Rosario (20-1-1, 14 KOs) in an unification bout on September 26.

The schedule kicks off August 1 with two undefeated contenders in Stephen Fulton Jr. (18-0, 8 KOs) and Angelo Leo (19-0, 9 KOs) squaring off for the vacant WBO junior featherweight title that opened up when Emanuel Navarrete moved up to the featherweight division.

All nine Showtime cards, totaling 22 fights, announced Wednesday are scheduled to be held at the Mohegan Sun Casino in Connecticut. Showtime president Stephen Espinoza said the initial plan is to stick there, but they will keep track of current state of pandemic to see if they can extend the schedule outside of Connecticut and with fans in attendance as time goes on.

“We weren’t going to come back for the sake of coming back,” Showtime president Stephen Espinoza said. “We wanted to come back with big names, meaningful fights.”

Davis is one of boxing’s most exciting young fighters with an incredible KO record (23-0, 22 KOs). He defeated Yuriorkis Gamboa by TKO in the 12th round last November to win the WBA lightweight title, but he will be dropping back down to 130 pounds and taking another step up in competition against Santa Cruz (37-1-1, 19 KOs).

Santa Cruz is a four-division champion on a five-bout win streak following his lone loss to Carl Frampton in a majority decision in July 2016. He immediately avenged the loss, and he’s often mentioned among the best pound-for-pound fighters in boxing.

This fight will be at 130 pounds, but it will be for both Santa Cruz’s 130-pound title and Davis’ 135-pound title. Espinoza says Davis is extremely motivated and he doesn’t think there will be issues with him making weight as there has been in the past.

Jermall Charlo (30-0, 22 KOs) will make his fourth title defense against his toughest competition yet in Derevyanchenko (13-2, 10 KOs) with a chance to prove himself as worthy of more national respect.

“It’ll let (people) know that I’m ready for the big fights, the fights that people ask me about – Canelo, GGG,” Charlo said. “It’ll put out numerous questions for people who doubt me… I feel like we’re both going to meet in the middle of the ring and let the hands go.”

Derevyanchenko — whose only two losses came in close bouts against Gennadiy Golovkin and Daniel Jacobs — appeared to be in the mix to move up in weight to fight Canelo Alvarez, but he instead stays at 154 pounds where he was the top contender and gets a title shot in what should be an exciting contest.

Jermell Charlo has been waiting for a long time for this unification fight with Rosario, and after avenging his only loss – a controversial decision against Tony Harrison – via TKO in December he’s aiming to knockout Rosario rather than leaving it to the judges:

“All you got to expect is me getting the win, dominantly,” Charlo said. “If he can take the power, we can fight all 12. We can bang it. But I’m going for the knockout. I’d like to set it up beautifully and deliver it in a timely fashion inside 12 rounds.

Benavidez, who says he’d eventually like to face world titlist Canelo Alvarez and would even entertain a bout with super middleweight prospect Edgar Berlanga who is 14-0 with 14 first-round knockouts, says his priority is a unification fight with IBF champion Caleb Plant next year after his bout with Angulo. He says the pandemic impacted having Plant as his next opponent, but that’s still his number one target.

“There’s a lot of bad blood there so I think it’s a great fight for boxing,” Benavidez said about the potential fight with Plant.

Wednesday’s announcement by Showtime and PBC comes one day following Top Rank bringing boxing back with several cards over the last two months. The first round of those cards was completed Tuesday with Oscar Valdez’s TKO victory over Jayson Velez, and they will resume in late August.