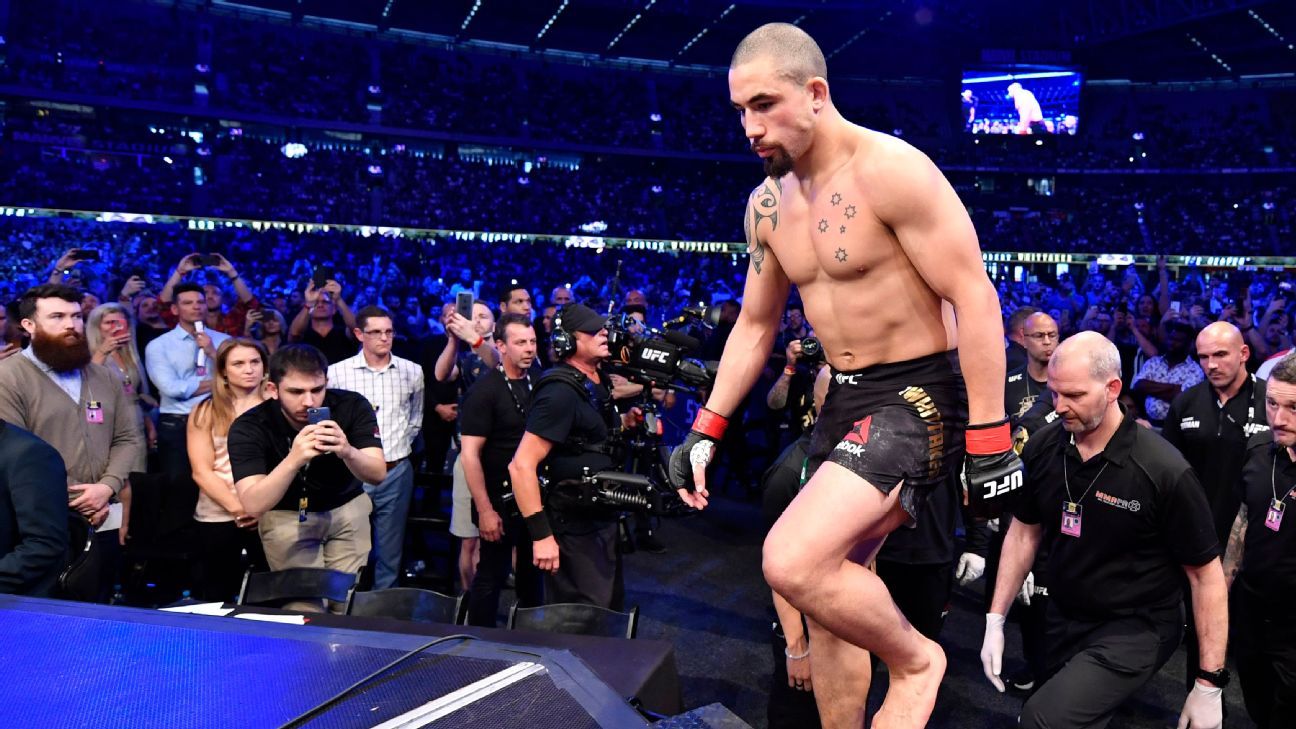 Former UFC middleweight champion Robert Whittaker is confident of silencing his critics this weekend when he makes his long-awaited return to the Octagon.

On Saturday night (Sunday afternoon AEST), the Australian will face Britain’s Darren Till (18-2-1) — who is making just his second appearance at 185 pounds — on Fight Island in Abu Dhabi. It will be Whittaker’s first Fight Night in almost four years as he hopes to rebound from a brutal loss to Israel Adesanya at UFC 243 in Melbourne.

The defeat to Adesanya last October saw Whittaker (21-5) surrender his belt and opt for a much-publicised career break. Since then, plenty of questions have been raised about his standing in the sport and whether he can climb to the middleweight summit once again.

“This fight is huge. I need this next fight,” Whittaker said. “A lot of questions and answers should arrive from this fight. It will give me direction.

“Across the board, I have improved my skill set. My striking has got crisper and smarter [and] I definitely think my wrestling and grappling has gotten better. I now have such an arsenal of weapons at my disposal. That’s the journey of this sport.”

It was only a few months earlier that Whittaker was pondering retirement from the sport. He had sustained “career-ending” burnout and opted to take a break in a bid to regather himself.

Australian users can personalise their ESPN experience by downloading the App. Get live scores, news and videos for the teams and sports you love ANYWHERE, ANYTIME.

In that time, and during the COVID-19 pandemic, Whittaker has managed to fall back in love with the sport. He believes much of the turnaround can be attributed to his team.

“It was either have a break or just quit,” Whittaker recalled when asked what he was thinking after his loss in Australia. “From the break, I have had a very supportive team. My team have been the best. To be able to communicate with them and talk to them and brainstorm some new ideas and move things around.

“From that, and obviously from the forced change of the pandemic … a breath of fresh air has been put back into the training, and that has brought back so much enjoyment and fun.

“I started realising [I was ready for a return] much earlier than I decided to, because you can’t just act impulsively on the first feeling you have. After two months, I came to the decision and I was like, ‘Nah, I’ve got a long time ahead of me.’ I put the loss to Adesanya behind me, and I’ve learned a lot of things about myself.”

While some expect the winner of the Whittaker-Till fight to earn a title shot, it’s not playing on the mind of the 29-year-old Sydneysider.

Instead, Whittaker just wants to “have some fun” and get back to business.

“I haven’t thought about it, to be honest,” Whittaker said. “I just want to get into this fight. I just want to fight and put my skills to work. I don’t care about anything else.”