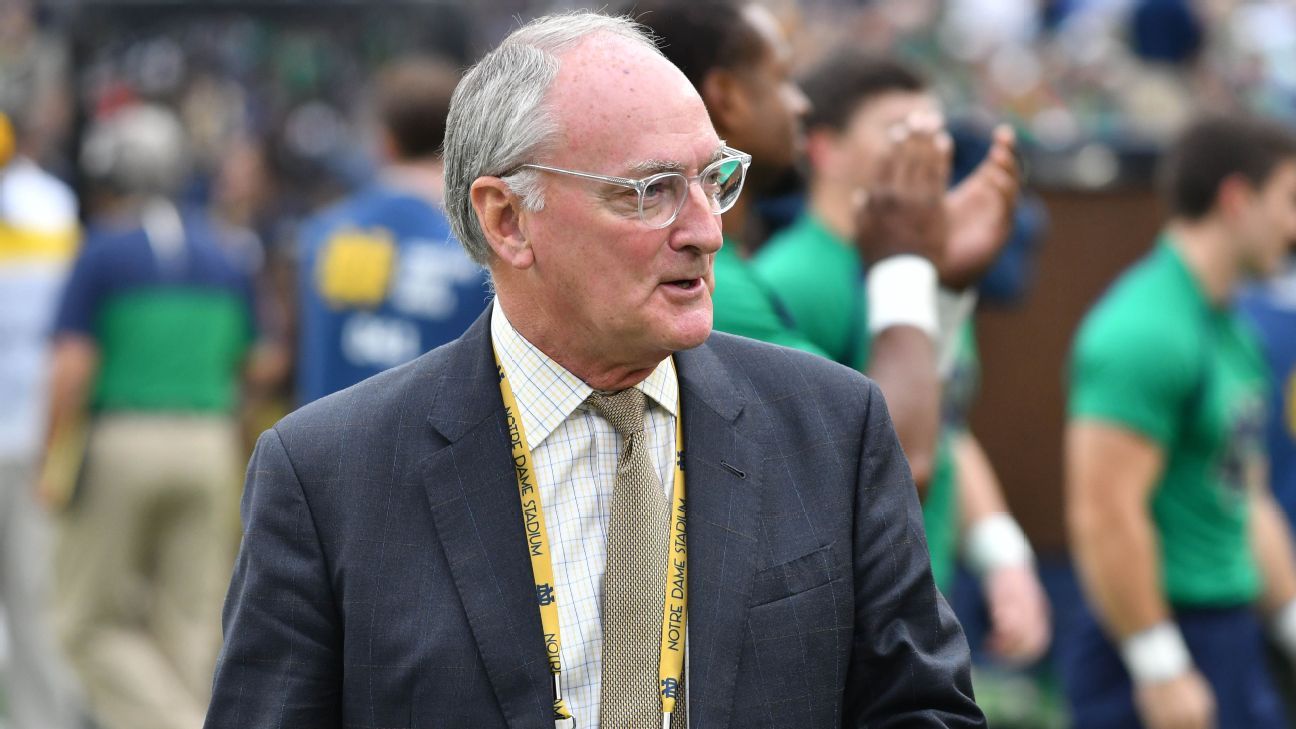 Notre Dame athletic director Jack Swarbrick said Tuesday he would like to see the college football season delayed to evaluate the circumstances on campuses as students return during the coronavirus pandemic, but he remains confident that the Irish can still comprise a schedule comparable to the Power 5 conferences in spite of recently losing three major opponents.

When the Big Ten and Pac-12 conferences announced earlier this month that they were moving to a conference-only schedule because of the ongoing pandemic, Notre Dame lost opponents USC, Stanford and its game against Wisconsin in Lambeau Field.

The next two weeks will be critical in helping to determine what the college football season will actually look like — if there is one — as the SEC and ACC have benchmarked the end of the month to make some decisions. SEC commissioner Greg Sankey told ESPN’s Rece Davis on Tuesday night that next week “is an important milestone” for the conference.

Some FBS commissioners and athletic directors have speculated there could soon be decisions made about whether the season can start on time, or if it might be pushed back.

“I think there are a lot of moving parts to those decisions,” Swarbrick said. “One is when do we start the competitive season? That’s an important first question that has to be answered. It’s only after you decide when we’re comfortable starting, that sets your practice timeline, it sets how many games you can likely try and get into the season.

When asked what his ideal start date would be, Swarbrick compared it to “working with a Rubiks cube.”

“You need a lot of cross-communication, you need decisions about academic calendars and what will work,” he said. “It is really complex. But it has to emerge. You’ve got to start to create some certainty for people. I don’t know if it will be fully fleshed out by the end of the month, but I think you’ll start having the parameters.”

The Big Ten and Pac-12 are also expected by the end of next week to reveal exactly what their conference-only schedules will look like. The leagues have yet to announce how many games they will play, and how the divisions will factor into determining their champions, and what their actual schedules will look like. How those conferences move forward will also impact the Irish, as Notre Dame’s schedule also currently includes six ACC opponents — which are part of a contractual agreement — along with SEC opponent Arkansas on Sept. 12.