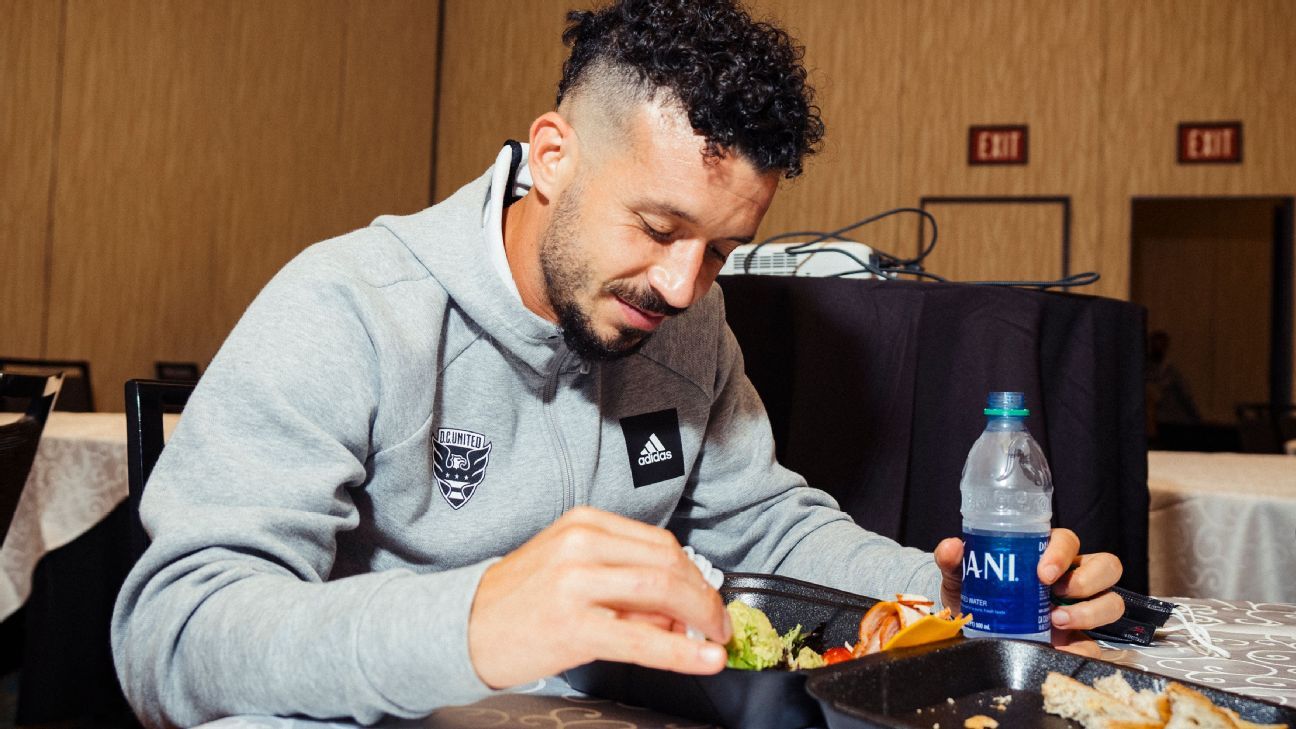 There are 1,200 players and staff at the Walt Disney World Swan and Dolphin hotel for the MLS is Back Tournament, and the hotel is cooking for all of them. Between 4,000-4,800 meals are being prepared every day, and that level of output will continue until the eight eliminated clubs start returning home after the group stage concludes on Thursday.

“They’re burning thousands and thousands of calories, I’m sure, running miles on end in a game or practice,” Swan and Dolphin director of food and beverage Luciano Sperduto told ESPN. “We’ve been pretty amazed by the food intake.”

Not only does the hotel have to keep up with the insatiable appetite of 24 clubs, it also has to do it inside the bubble that’s helped Major League Soccer manage the spread of COVID-19. Since July 12, the only newly confirmed cases have come from Nashville SC and/or FC Dallas, the two clubs that were withdrawn from the tournament following numerous positive tests within both clubs. This means vendors delivering fresh foods and ingredients aren’t permitted inside the hotel, instead leaving their bounty in the loading dock for hotel staff to then bring inside.

– Stream MLS is Back on ESPN networks, App | FC Daily on ESPN+
– Schedule, TV info: What you need to know about MLS is Back
– MLS is Back group standings

The hotel also offers players contact-less room service. Within the bubble, it’s also created 28 individualized bubbles — one for each club, one for league staff and one for referees. All 28 of those bubbles have their own dining area, with what Sperduto called “buffeteria”-style serving, where hotel staff unique to each bubble is adorned in personal protective equipment and stands behind a plexiglass divider that separates them from league and club personnel and serves up whatever is on that day’s menu.

“We customized that setup thinking that that would probably be something we’d have to use not only for MLS, but also down the road as well for future [resort] guests,” Sperduto said.

The steps the Swan and Dolphin have taken have been applauded by multiple people ESPN spoke to for this story. Many within the bubble have been complimentary of the food, too.

“The way they’re giving us the food, behind the glass with masks and gloves, it’s very organized,” D.C. United midfielder Felipe Martins told ESPN. “What I eat here is basically what I eat at home. It’s very clean, it’s very professional, and the quality is good.”

There’s also an understanding among clubs that what the hotel has been tasked with is no mean feat. “It’s a lot of work, I know, to put together meals with how particular teams can be,” Sporting Kansas City nutritionist Diane Robison told ESPN. “Our players have really been complimentary with the selections and the variety. We definitely understand that it’s not an easy task to be cooking for 1,200 people.”

The majority of teams are receiving breakfast, lunch and dinner from the Swan and Dolphin, with some clubs like SKC adding a fourth meal — a lighter meal before 8 a.m. training, for example — to the program so that their players never go too long between meals. Eggs are a staple of breakfast, while Sporting has requested avocado toast as a regular fixture on their morning menu, and later in the day plates are typically packed with vegetables, rice or pasta and chicken or fish. There are also considerations for vegans, vegetarians and kosher meals.

While clubs have input over what they’re getting at each meal, there are limits. There’s a framework for how their menus will look, with teams then being able to individualize some of the specifics. For example, at lunch they will be offered two choices of protein, which is typically chicken and fish, and at dinner they will be presented with three options.

“We are a little bit limited,” Robison said. “And I’ve talked with other dieticians who are here, and I think that’s the most frustrating aspect of it: not being able to necessarily choose which proteins we want with each meal.”

The key is variety. Nutritionists are encouraging players to change it up. If they ate chicken for lunch, they should try to have fish for dinner. If their club enhances their menu with added-cost items like red meat or a deli bar, there are further options to keep meals feeling fresh. But even within that framework, there are many ways to keep players from getting bored with what’s on their plates. The Swan and Dolphin has been receptive to nutritionists’ feedback, and requesting different methods of preparation can introduce variety to the same ingredients.

San Jose Earthquakes director of health and performance Derek Lawrance told ESPN that his team has seen a regular rotation of fresh fish options. Salmon is the Quakes’ favorite, but they’ve also had seafood as ubiquitous as cod and as exotic as swordfish. Lawrance said that he’s eaten repeat meals since San Jose was the first club to arrive in Orlando on June 24, but he was quick to add that those repeat meals were roughly a week apart — not unlike the frequency you’d repeat meals when cooking at home.

Martins echoed the sentiment on variety, saying that players in the bubble have everything they need — so long as they’re accustomed to eating well.

“If you’re not used to eating clean, eating healthy foods and not eating the way you’re supposed to eat as a professional, I think you’re going to find it’s very hard because here you’re just eating what an athlete’s supposed to eat,” Martins said. “I’m pretty sure there are a lot of athletes out there who don’t follow a very nice diet, and I’m OK with that, I respect that, but in here we have everything we need to perform at the best level.”

In addition to the meals provided by the hotel, teams also have exclusive access to seven restaurants at the Swan and Dolphin. The hotel expects to have conducted 100 team meals by the end of the tournament.

“Sometimes we’ll throw that in just to mix things up so it’s not like they’re having a banquet meal every single night,” Robison said. “That’s been nice, just to be able to sit in a restaurant together, have real silverware. I think it gives them flexibility to choose more what they want from a restaurant-style menu.”

And of course, there’s always delivery. As operations like GrubHub and DoorDash become staples of everyday life in lockdown, teams have been supplementing their on-site options with food delivered from outside the bubble. Sporting ordered Chipotle last week, not only to give players some variety and keep things fresh, but also to give them something familiar from home during a month-long stay in Central Florida. They’ve also had Instacart deliver a stockpile of snacks, from plantain chips to the fixings for peanut butter and jelly sandwiches.

Feeding 1,200 people is a massive undertaking; clubs are cognizant of that and appreciate of the effort the Swan and Dolphin is making to keep their players adequately fueled for a tournament in which they’re competing every four days. But like so many of us, there are only so many plates of chicken, rice and veggies one can take before they need to indulge in a night of fine dining.