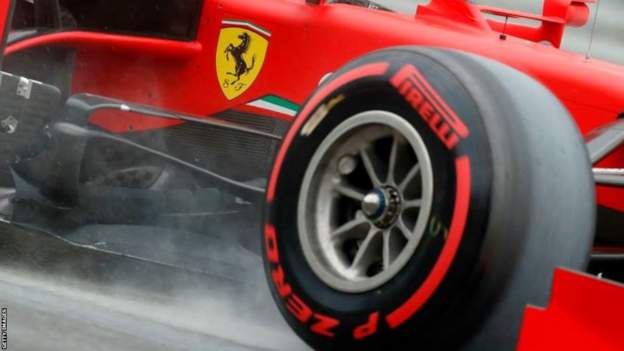 Ferrari have restructured their technical department in the wake of a disappointing performance at the start of the 2020 season.

And there is a more prominent role for Rory Byrne, who was chief designer when the team dominated the early 2000s.

The idea is to “speed up the design and development on the car-performance front,” team boss Mattia Binotto said.

The moves come after Ferrari started this season with a car more than a second a lap slower than that of the world champions and pace-setters Mercedes, and are a recognition that the team’s design structure was flawed.

The idea is to create a more vertical organisation and clearly assign responsibility.

Ferrari said in a statement they were “instituting a chain of command that is more focused and simplified and provides the heads of each department the necessary powers to achieve their objectives”.

Ferrari had previously been operating a flatter management structure with shared responsibility, but have abandoned this idea to ensure specific people are clearly in charge of each area.

Ferrari believe their team has now shifted to a more similar structure to those employed at Mercedes and Red Bull.

The return of Byrne to a more prominent role is especially notable.

The 76-year-old South African, regarded as one of the great designers of the last 30 years, had moved into a more background role since being brought out of semi-retirement to help Ferrari with the design of their car when Formula 1 last brought in a major regulation change in 2017.

Byrne will now focus mainly on the design of the 2022 car, when F1 is introducing arguably the biggest regulation change for decades, with an entirely new aerodynamic approach aimed at making the cars able to race more closely together.

Binotto said: “We have started to lay the foundations of a process which should lead to a new and enduring winning cycle.

“It will take some time and we will suffer setbacks like the one we are experiencing right now in terms of results and performance.

“However, we must react to the shortcomings with strength and determination to get back to being at the very top of this sport as soon as possible.”