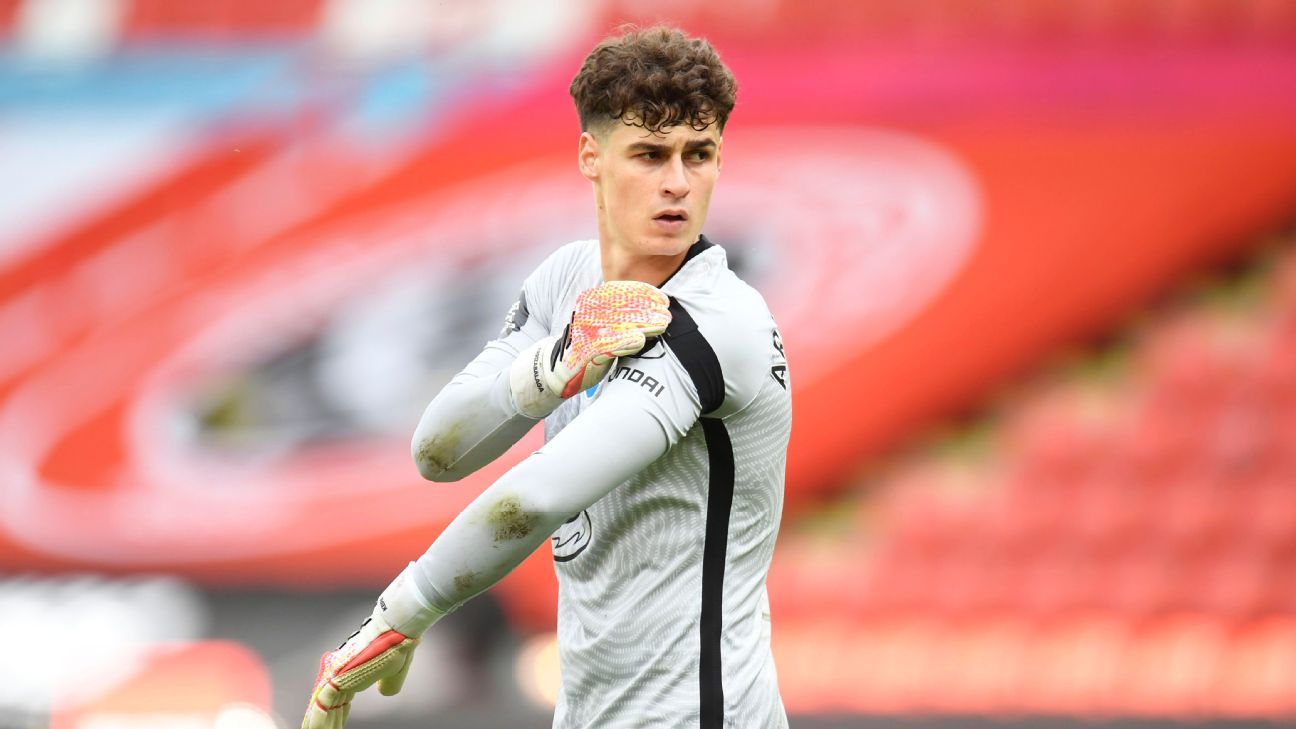 The world’s two most expensive goalkeepers meet at Anfield on Wednesday night, but while one is a newly crowned Premier League champion, the other is under mounting pressure to prove he is worth the fuss.

There were 20 days separating Alisson’s arrival at Liverpool and Kepa Arrizabalaga joining Chelsea, the baton and burden of costing more than any shot-stopper before them quickly passed before a ball had been kicked. Alisson’s £66.8 million fee was usurped by the £71m release clause the Blues triggered to sign a then-23-year-old from Athletic Bilbao who was not even first choice for his national team, with David de Gea clinging to that position despite his own travails at Manchester United.

Although Liverpool’s fabled front three are widely credited with elevating the club to their sixth Champions League trophy and first English top-flight title in 30 years, it is Alisson and Virgil van Dijk who have provided the bedrock for success. Mistakes that pair made in defeat at Arsenal earlier this month, with the title long since wrapped up, were notable for their exceptions to otherwise remarkably consistent contributions that have made price tags that originally appeared lofty now seem value for money.

The same cannot be said for Kepa. Manager Frank Lampard has fielded questions about his No. 1’s form on an intermittent basis throughout this elongated campaign amid speculation Chelsea’s summer spending spree may yet include a new goalkeeper.

Sources have told ESPN that the club would prefer Kepa delivered on their investment in him and the player, for the time being, wants to make a success of his career at Stamford Bridge. But with Chelsea determined to close the gap to Liverpool next season, how long will Kepa be given if he continues to falter under the weight of expectation?

A brief smile stretched across Lampard’s face when questioned in the wake of Chelsea’s FA Cup semifinal win over Man United as to whether they had identified a specific weakness in De Gea. The United goalkeeper made at least two major errors at Wembley — in particular Chelsea’s second goal, when Mason Mount‘s tame 20-yard drive went through his hands — and for once Lampard could bask in the sanctity of the spotlight falling on another goalkeeper aside from Kepa.

The 25-year-old was left out last weekend as Willy Caballero continued to deputise in the competition, a reflection that Kepa continues to hang on to his No. 1 status despite an unconvincing season.

Alisson is almost exactly two years older than Kepa but his successful acclimatisation to life in England makes uncomfortable comparisons for the Chelsea goalkeeper. In his first season with Liverpool, Alisson recorded a save percentage of 77% and a passing accuracy of 80.3%. Kepa’s figures stood at 67.8% and 85.4%, respectively. This season, Allison’s save percentage is 74.3% with a passing accuracy of 84.7%. Both are higher than Kepa, at 55.3% and 80%, respectively, according to Opta. Mitigation is of course found in the fact Liverpool’s defence has been considerably superior and more settled during this period.

But although there have not been many objective howlers, Kepa has been blighted by a series of moments that hint at either a lack of anticipation, a failure to command his area or even sufficiently sharp reflexes befitting a goalkeeper at the highest level: games against Ajax, Valencia, Newcastle, Arsenal and most recently Crystal Palace are cases in point.

In any case, football has always been much more than statistics. Kepa has struggled to emit the same authority as his predecessors, a lineage that began with Petr Cech and continued with Thibaut Courtois.

Kepa is still young but his transfer fee demands an immediate impact, especially in the context of Chelsea’s unashamed assault on the transfer market. They are closing in on a deal for Kai Havertz to add to Timo Werner and Hakim Ziyech — a triumvirate worth more than £150m and young enough to create a new dynasty in West London and potentially good enough to launch a title challenge.

Chelsea will fall short, however, if they are undermined by defensive vulnerability and a goalkeeper Lampard has urged to aspire joining the pantheon of greats.

“What do I value in a goalkeeper? Clearly, you want them to be talented, to keep balls out of the net,” Lampard told ESPN on Tuesday. “It’s old school but it is obviously the first and foremost job a goalkeeper should keep closest to their heart, the idea of clean sheets. It is not always culpable solely on them, of course, but for a keeper to have a real desire and talent to produce that.

“But in the modern day, they are even more involved in play than ever and to use their feet, to be a personality, to be an all-round goalkeeper which we see with top-level goalkeepers in the world.

“We are fortunate at Chelsea that we have had [goalkeepers] we can certainly say they were part of huge eras at the club. That has to be Kepa’s desire, to be that person for this club and to be a goalkeeper that in his own right he can say he was part of a successful team. It is not just on Kepa, of course, but in his own way, that’s what he has to believe and work towards.”

Kepa was dropped for six games beginning in January after his most suspect run of form, returning for the FA Cup fifth-round win over Liverpool with a performance hinting at a renewed focus. He is not exactly on borrowed time but any further mistakes will only fuel speculation that has linked Chelsea with Atletico Madrid‘s Jan Oblak; Dean Henderson, on loan at Sheffield United from Manchester United; and Ajax’s Andre Onana.

Kepa is two years into a seven-year contract, a remarkable statement of trust at the time in a player Chelsea hoped would be their No. 1 for perhaps a decade. He survived a ludicrous show of petulance when refusing to be substituted in last year’s EFL Cup final, a situation that perhaps more reflected the loss of control Maurizio Sarri endured. But the excuses are running out.

Lampard is building a team to challenge for the title. The world’s most expensive goalkeeper needs to prove he can be part of it.