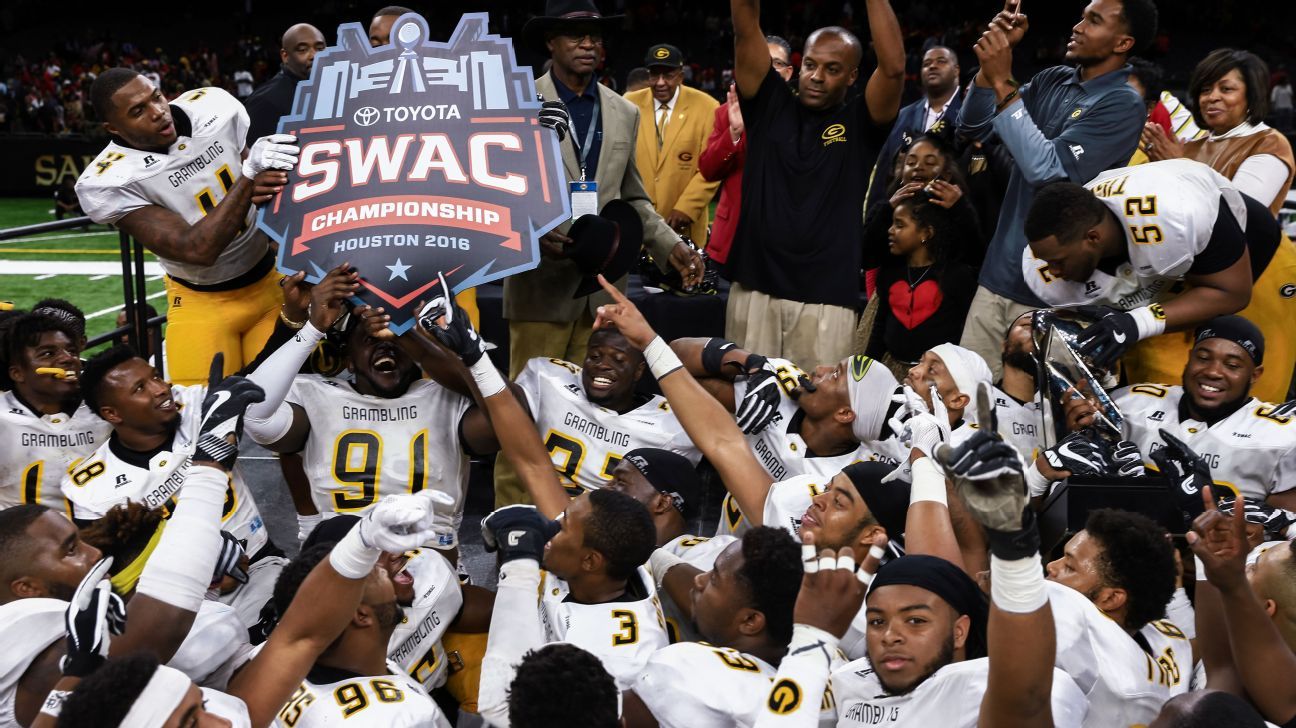 The Southwestern Athletic Conference is postponing its fall sports competitions and championships because of the ongoing coronavirus pandemic, and has begun plans to push the fall schedule to the 2021 spring semester, according to a statement provided to ESPN on Monday.

The plans for football include a seven-game conference schedule that begins with an eight-week training period in January, 2021. SWAC commissioner Dr. Charles McClelland said games would begin near the end of February or the beginning of March. Each school will play a total of six conference games (four divisional/two non-divisional) with the option to play one nonconference game.

While several other conferences have also postponed their fall sports, including the Ivy League, Patriot League, MEAC, A-10, and CAA, none have announced plans for the spring as specific as the SWAC, which has led all FCS conferences in attendance for 42 of the past 43 seasons as of 2019. Jackson State led all of the FCS with over 30,000 people per game.

Still, McClelland said all conference decisions will continue to be guided by the pandemic — which means it still might not happen at all.

The geographic footprint of the SWAC, located in the heart of Alabama, Arkansas, Louisiana, Mississippi and Texas, has seen a continued increase of COVID-19 cases across many of those states. That played a significant role in the SWAC Council of Presidents and Chancellors’ decision to move the fall schedule to the spring. The decision was also made because of data that suggests African-American communities have been disproportionately affected by the COVID-19 pandemic.

“If there is no vaccine, if the numbers are still high, there won’t be a spring,” McClelland said. “We’re not going to force playing. All of this is predicated on the fact the pandemic by March is under control.”

Additional details about the Cricket Wireless SWAC Football Championship game will be released at a later date, along with more scheduling details for women’s soccer, women’s volleyball, and men’s and women’s cross country. According to the SWAC, the student-athletes can still participate in conditioning, strength training and practices in all sports — provided all required local, state, and federal health and safety guidelines are met.

The SWAC and MEAC typically participate in the Celebration Bowl, which honors the legacy and traditions of HBCUs, instead of the FCS championship. Last week, the MEAC announced it, too, postponed its fall sports competitions.

There have been no final decisions made regarding competitive schedules for the league’s winter sports at this time.