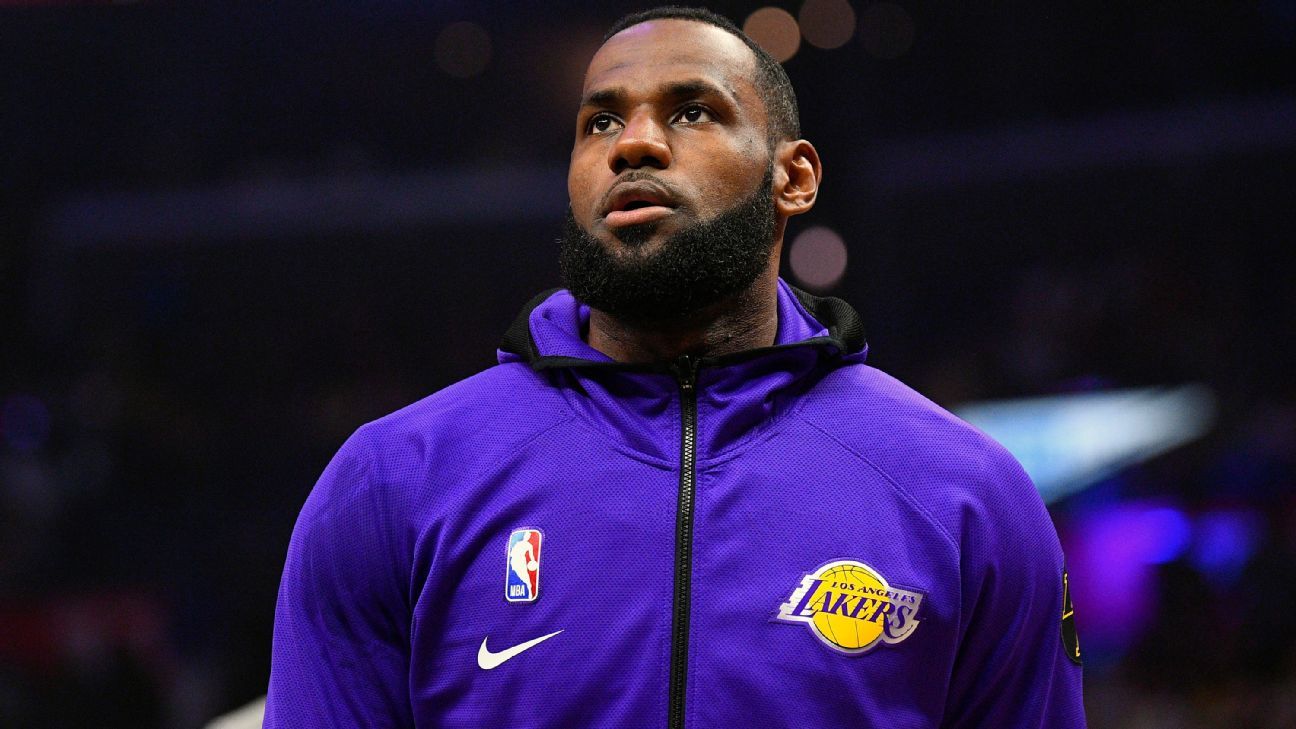 How many championships will Los Angeles Lakers superstar LeBron James finish his career with? Can he catch Michael Jordan as the greatest basketball player of all time?

James and the Lakers enter the NBA restart in Orlando, Florida, as one of the top title contenders, though this will be unlike any of James’ 13 previous postseason appearances.

The ESPN NBA forecast panel — which comprises writers, editors and analysts — made predictions and answered the big questions about what’s next as a 35-year-old James gets another chance to add to his legacy. Here are the results.

MORE: Debating what the NBA restart will mean for LeBron

Where will LeBron rank in the restart?

When a panel of six ESPN analysts predicted the top 50 players in the restart, James finished No. 1 ahead of Kawhi Leonard and Giannis Antetokounmpo. More than 97% of our forecast panel believes James will be at least a top-five player in Orlando, though there’s not consensus belief that he will put up the undisputed best performance.

Results: Which is most true?

The Lakers winning a championship this year would be …

Getting through the playoffs in the bubble and capturing a title will present all kinds of challenges, especially considering the Lakers are without some key parts of their rotation. But a majority of our panel doesn’t think James winning his fourth ring in this environment would top an iconic Finals run like coming back from a 3-1 deficit to knock off the 73-win Golden State Warriors in 2016.

MORE: The 13 most fascinating lineups to watch in Orlando

Fact or fiction: James will be the NBA’s best player heading into next season

In the preseason version of NBArank for 2019-20, our panel predicted James would be the third-best player this year (behind Antetokounmpo and Leonard). With Antetokounmpo only improving, James turning 36 in December and plenty of young players on the rise, most of our panel thinks James’ reign as the very best player in the league is ending.

MORE: How Frank Vogel won over the Lakers and their superstars

How many more seasons will James play after this one?

James is under contract for next season, with a $41 million player option for 2021-22. Only about 5% of our panel thinks he’ll call it quits after that, with more than 73% predicting James has at least four more seasons of NBA basketball on the way.

How many more titles will James win?

The latest version of ESPN’s Future Power Rankings — which predicts team success over the next three seasons — had the Lakers No. 2 behind the LA Clippers. As long as 2020 free agent Anthony Davis returns in the offseason, as expected, James should continue to have a strong chance to win it all. More than 82% of our panel predicts he’ll get at least one more.

Will James finish his career with the Lakers?

James was the only player in the top five of ESPN’s all-time NBA player rankings to suit up for more than two teams. His free-agency decisions consistently have been league-altering events, and nearly 44% of our panel believes he’ll be on the move again before he finishes his career.

MORE: How quickly can NBA players get into game shape?

Where does James rank among the greatest players of all time?

We asked our panel to both rank James among the all-time greats right now and predict where he will finish his career. Only a small portion of voters said he has reached or will reach GOAT status, with the No. 2 player ever being the most popular pick.

MORE: The near-failure and success of LeBron’s Heat