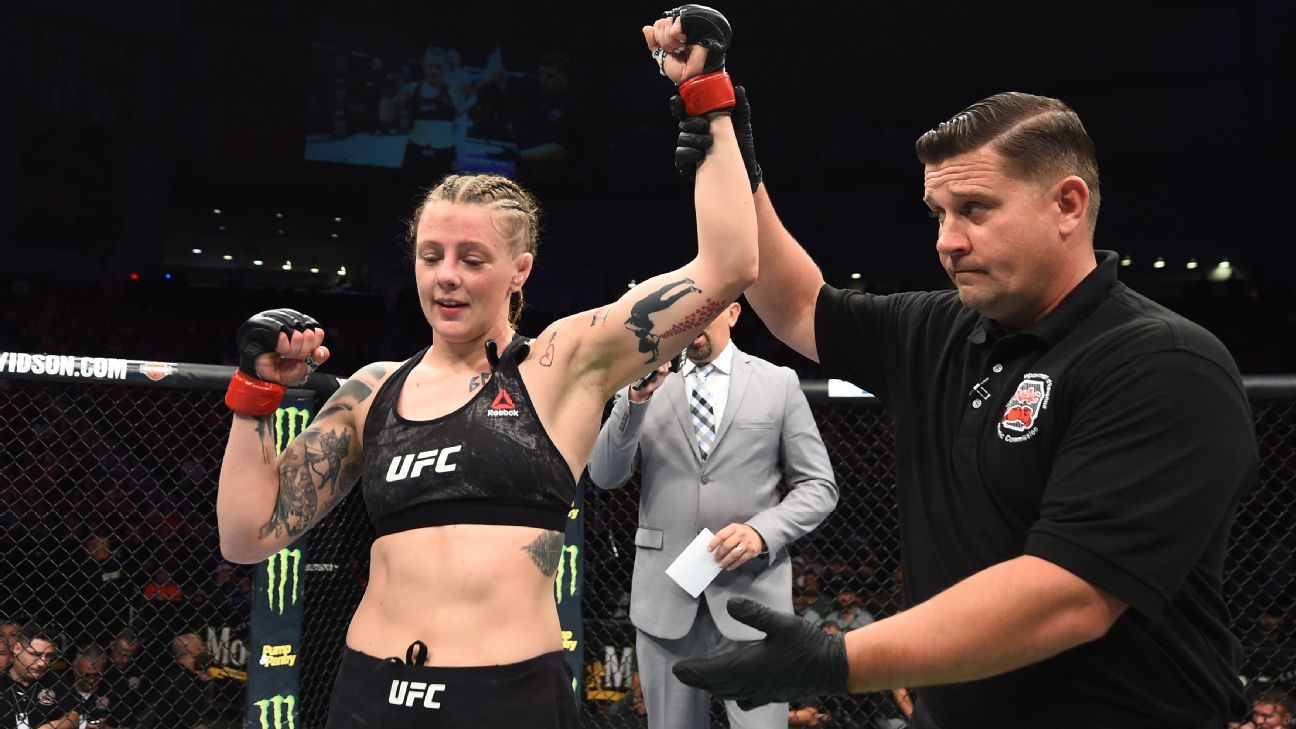 Calderwood, who was supposed to fight UFC women’s flyweight champion Valentina Shevchenko in June before Shevchenko injured her knee, has agreed to fight Jennifer Maia on less than two weeks’ notice after Maia’s original opponent, Viviane Araujo, withdrew from the Aug. 1 fight.

Calderwood (14-4) had the option to wait for Shevchenko, sources said, but once she found out that the champion would only be able to fight again following knee surgery in the fourth quarter of 2020, she decided to remain active. A loss would obviously hurt her chances to fight for the belt next, but she’ll likely keep her spot as the No. 1 contender at 125 pounds with a win over Maia next weekend.

Calderwood, who has never fought for a UFC title before, has won three of her past four fights, including her most recent bout, a split decision win over Andrea Lee.

Maia (17-6-1) is looking to bounce back following a unanimous decision loss to Katlyn Chookagian in November.

The event, headlined by Holly Holm vs. Irene Aldana, will take place at the UFC Apex in Las Vegas.