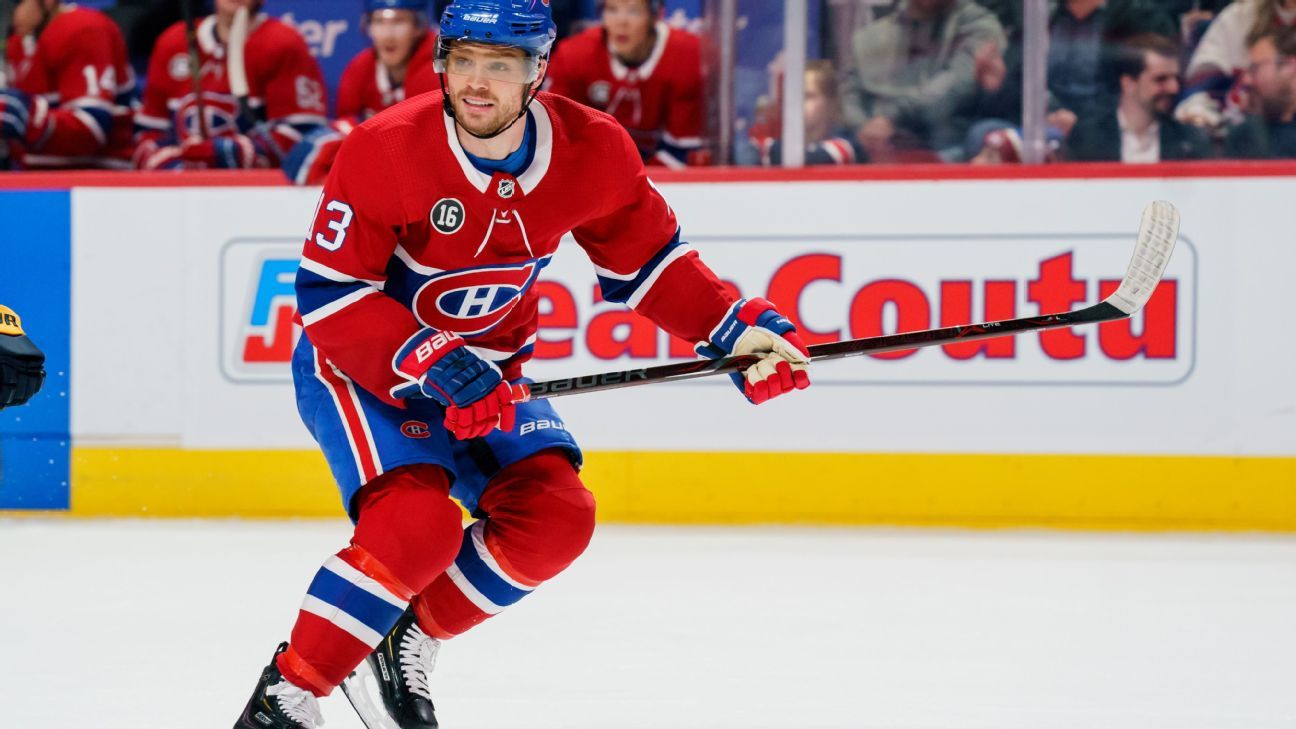 Montreal Canadiens center Max Domi, after “extensive conversations with doctors,” has decided to play in the NHL’s restart, despite the risks associated with his Type 1 diabetes and celiac disease.

Domi, 25, joined his teammates on the ice Monday and Tuesday after taking the first week of training camp off to evaluate the situation and “make the best decision for Max’s health at the end of this period,” general manager Marc Bergevin said.

Domi said he consulted with his personal doctors, team doctors and also sought medical input from the NHL and NHLPA. He thanked the Canadiens for being “open-minded” to all options, saying he has felt “super safe” at the rink so far.

“We’re in uncharted territories, right? So nobody really knows what to expect,” Domi said in his first public comments about the situation on Tuesday. “From day one, the training staff and everyone has been handling this unbelievable, and they’re getting better and better every day — just as we are. We’re learning more day by day. To have that little buffer to make sure it was super safe, not that it wasn’t at the start, but it worked out great. And now that I’m here, it’s awesome, and I’m just worried about Game 1 against Pittsburgh.”

Domi, who wears a tracker that allows him to see his blood sugar in real time every five minutes, said he feels “super lucky to be living in this era, with all of the technology we have.”

“This is my decision,” Domi said. “I’m not telling other Type 1 diabetics just to follow my lead here. Everyone has to make their own decision based off their own experience. But for me, it was a decision I thought long and hard about. Weighed every option.”

Domi, the son of longtime NHL enforcer Tie Domi, is in his fifth season but has never played in the playoffs. The Canadiens were in 24th place when the NHL paused for the coronavirus pandemic on March 12, but they were the last team included in the expanded format.

Montreal plays the Penguins in the qualification round, which begins Aug. 1 in Toronto.

Domi, who was third on the team in goals, skated on the fifth line at practice the first two days, but should move into his regular top-six role as his conditioning improves.

“He’s taking a different risk than any of us are taking,” Canadiens defenseman Ben Chariot said. “It means a lot to me personally and to the guys in the room that he’s here and doing it with us, even with that risk. That’s not an easy decision for him or his family to make, but I’m happy that he’s here. He’s a well-liked guy in the room and an important part of our team.”

According to protocols agreed to by the NHL and NHLPA, “players who, after consultation with club doctor who conducted PPME, and the club’s infectious disease expert, are determined to be at substantial risk of developing a serious illness as a result of exposure to the novel coronavirus shall be deemed to be unfit to play and shall not be permitted to participate in either Phase 3 or Phase 4.”

If a player was deemed to be at that substantial risk, he had the ability to seek a second opinion.

During the restart, the NHL has implemented a strict non-disclosure policy about injuries or illness, but the fact that Domi was able to participate in training camp indicates he has cleared the process to play in the tournament, as well.

New York Rangers rookie Kaapo Kakko is also Type 1 diabetic and manages celiac disease, and he has been a full participant at training camp. Though the team declined to comment on specifics, it appears Kakko is also cleared to play in the restart.

Kakko, a native of Finland, addressed the situation with reporters last week.