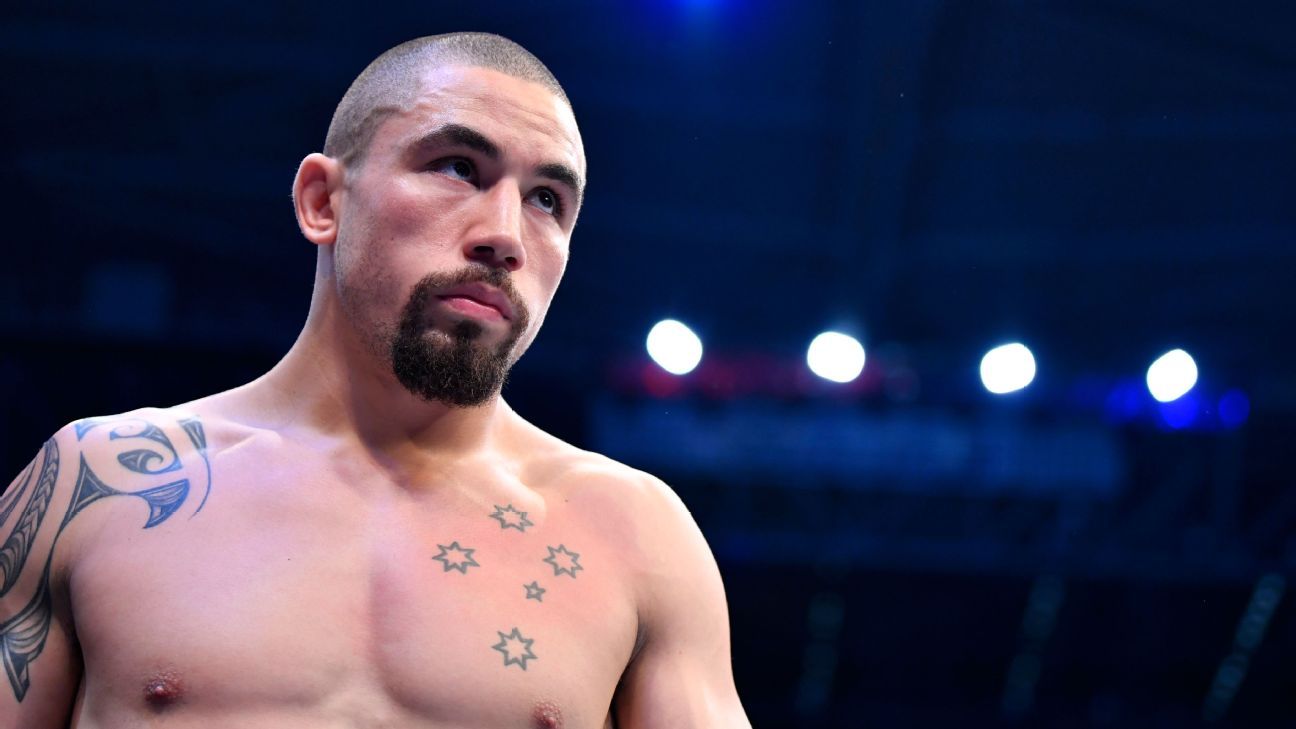 Robert Whittaker fights on Saturday for the first time since losing his UFC middleweight championship in October, taking on former welterweight Darren Till in the main event of UFC Fight Night in Abu Dhabi, United Arab Emirates.

It is the fourth and final event in the UFC’s two-week run on Yas Island, which the promotion has dubbed “Fight Island.”

Whittaker (20-5) lost his belt to Israel Adesanya, ending a nine-fight winning streak dating back to 2014. He is No. 2 in ESPN’s middleweight rankings.

The UFC will say farewell to Fight Island with a card on Saturday that features several accomplished veterans. In the main event, former middleweight champ Robert Whittaker will take on Darren Till, while Brazilian stars Mauricio Rua and Antonio Rogerio Nogueira will clash in the co-main event. Also, Alexander Gustafsson will make his heavyweight debut against Fabricio Werdum.

The sixth-ranked Till (18-2-1) moved up from 170 pounds in November and defeated Kelvin Gastelum, who seven months earlier had competed for an interim 185-pound title.

The fights are on ESPN and ESPN+, with the main card starting at 8 p.m. ET and the prelims at 5 p.m.

How to watch the fights:

Watch the fights on ESPN+. If you don’t have ESPN+, get it here.

Refreshed Robert Whittaker ready to start climb back to the top