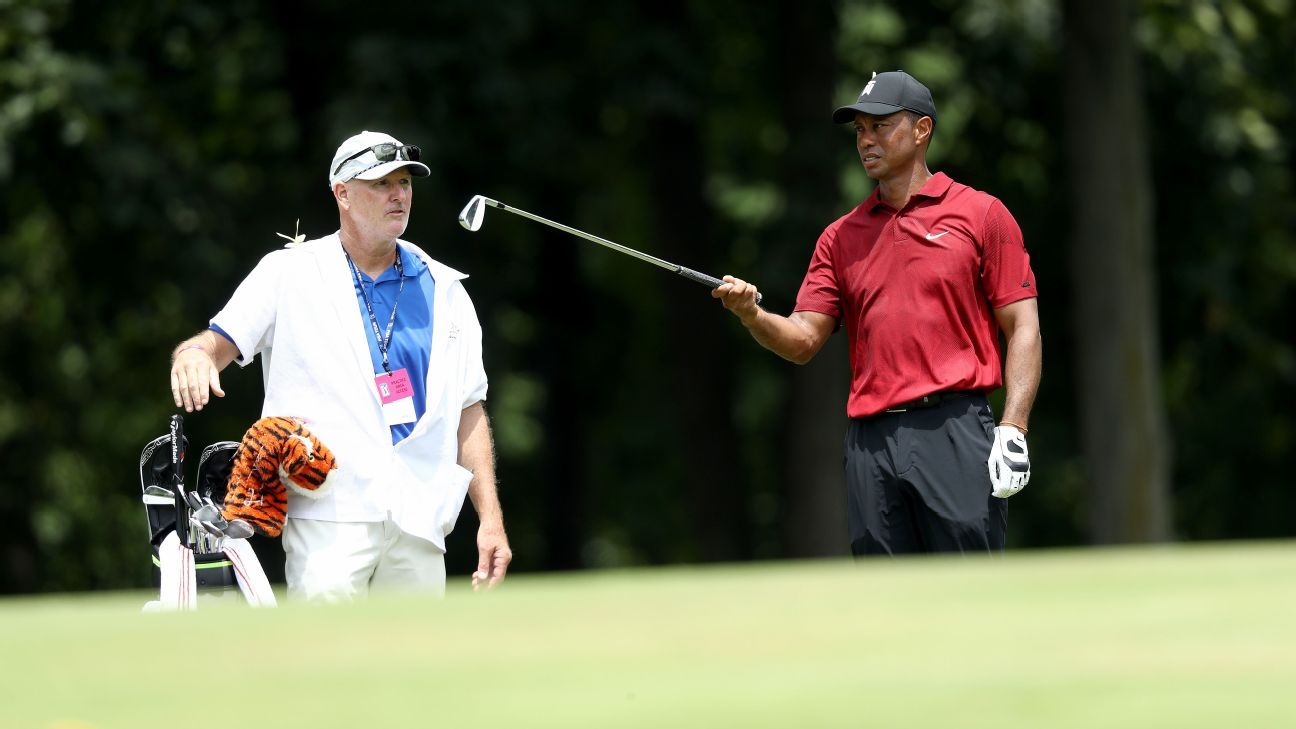 DUBLIN, Ohio — Would Tiger Woods show any rust from his five-month layoff? Was Woods truly healthy after dealing with back issues when he last played in a tournament in February?

Those were the two biggest questions he faced when he took to Twitter on July 10 to announce he would play on the Memorial Tournament.

Woods made it through the weekend — it was a struggle — to finish at 6 over for the event, his third-worst score in relation to par in 15 appearances at the event. Twice this week he posted 76 — once when he fought through back stiffness in Friday’s second round and once more Sunday on a day when the conditions at Muirfield Village were their most difficult.

“I competed and played again,” he said Sunday. “It’s been a while. It was nice to get my feet wet and compete and play again. Tough, tough conditions to start out my first week back. But it was good to get the feel and the flow of competing again.”

Nobody knew what to expect from Woods because he hadn’t played in a tournament since the Genesis Open in February; at that event, he finished dead last among those wo made the cut. He didn’t play in any tournaments after that, first because of the lingering back stiffness and then when the coronavirus pandemic shut golf down for three months. Woods played a charity match with Phil Mickelson, Peyton Manning and Tom Brady in late May. Woods passed on the first five tournaments when play resumed on the PGA Tour because he wanted to see how things were going in the new normal.

“As far as my swing, it felt good,” Woods said. “I was able to hit good shots. Friday was a bit off physically, but overall for my first week back, it was a lot, a lot of positives.”

Woods’ back started giving him problems when he was warming up for Friday’s second round. He moved gingerly, occasionally grimacing, during that round. He hovered around the cut line, but snuck into the weekend.

“He looked pretty good starting off, and then yeah, you could sort of tell when we made the turn, he hit a couple fairway wood shots off the tee that he sort of quit on,” said Rory Mcllory, who played the first two rounds with Woods. “But yeah, I mean, it looked a little bit that way, that he wasn’t quite moving as well. But he battled really well.”

It was important for Woods to make the cut so that he could see how his back would hold up and for him to get two additional rounds. He left the Muirfield Village knowing he needs to improve his putting.

“I didn’t feel comfortable playing break,” Woods said. “I’ve been in Florida playing Bermuda [grass greens] and seeing minimal break, come out here and playing 10, 12 feet of break was a bit different and something I’m going to have to get used to.”

He is always very quiet about his schedule, and he was not giving any hints if he would play again before next month’s PGA Championship. He is not entered in this coming week’s 3M Open in Minnesota. That leaves the WGC-FedEx St. Jude Classic as his last option before the PGA Championship. However, if he elects to play that event in Memphis, it would mean playing two weeks in a row uncertain since the PGA Championship is the following week. Woods has been reluctant to put back-to-back events on his schedule. If he opts to skip the WGC event, that means he will have played just four rounds on the PGA Tour in five months as he enters the season’s first major championship.

All Woods would say Sunday is that is he “definitely needs more reps” without specifically whether those reps would come in a PGA Tour event or back home in Florida.

“For me, I’ve had to try and maximize every tournament start since I’ve had my last procedure, back procedure,” Woods said earlier in the week. “I’ve had to manage that. My levels of play — I really haven’t played that much since then. I think that unfortunately over the last few years that I’ve been used to taking long breaks, long time off and having to build my game and build it to a level where it’s at a tour level at home and then come out and play and play a few tournaments here and there, so that’s something I have unfortunately been accustomed to.”