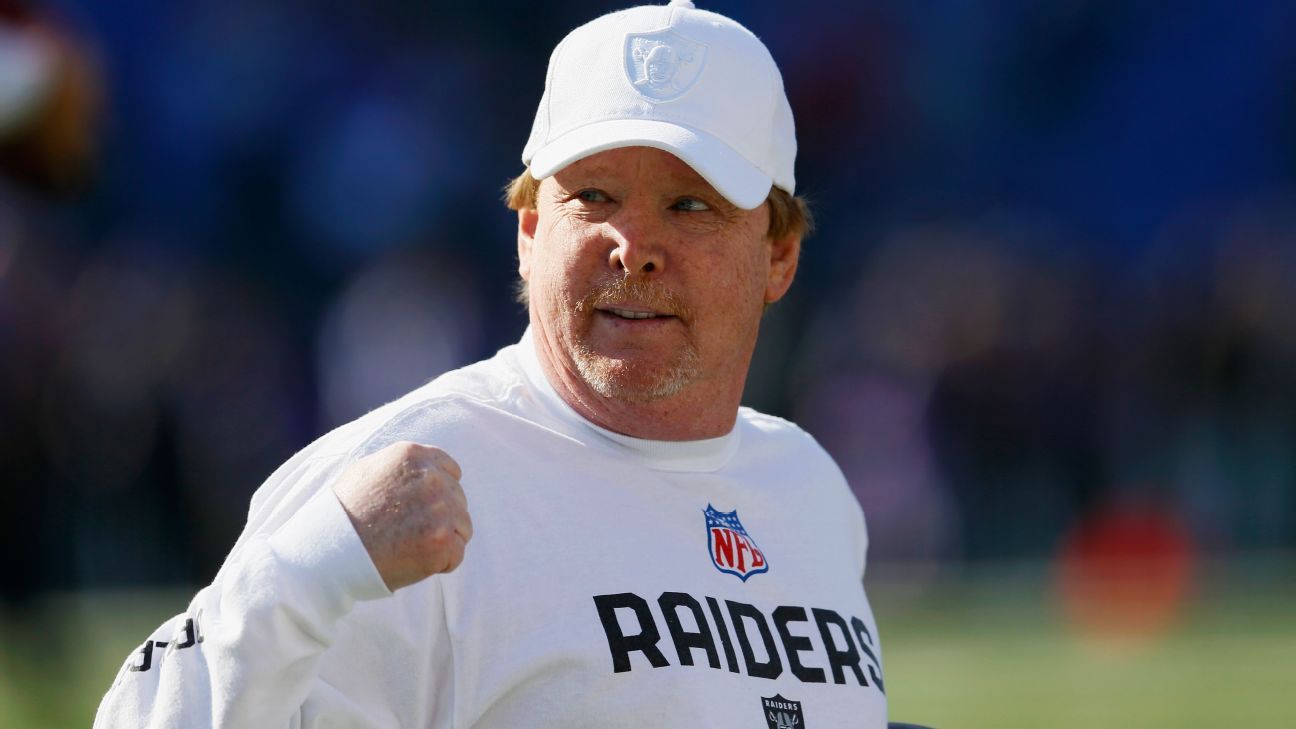 LAS VEGAS — With the NFL leaving it up to individual teams and/or local municipality guidelines as to how many, if any, fans can attend games, Las Vegas Raiders owner Mark Davis is leaning toward not having any fans attend games at Las Vegas’ new Allegiant Stadium this season.

And if no fans are admitted, Davis said he will not attend games, either. Plus, as the lone dissenting vote on the league owners’ recent decision to tarp off the first eight rows of seats from the field in each stadium and cover them with advertisements, Davis said the Raiders’ idea of leaving the seats for fans and simply erecting hockey-style plexiglass around the bottom ring of the stadium to separate fans from players on the sidelines was “shot down” before the vote.

“No one fan is more important to me than another, no matter if they paid for a $75,000 PSL or a $500 PSL,” Davis told ESPN.com Sunday night. “They’re all Raider fans to me. My mindset today is no fans [should attend games].

“I don’t even know if it’s safe to play. ‘Uncertainty’ is the word.”

Regardless of fans at games, Davis said he sees three options for the NFL at the moment:

1. Go on as planned, with teams reporting for training camp over the next week, and see what happens.

2. Delay the start of the season until November and go to a 12-game season, cancelling each team’s four interconference games (for the Raiders, that would mean games at the Carolina Panthers and Atlanta Falcons and home games against the New Orleans Saints and Tampa Bay Buccaneers).

“Everything is up in the air with the [COVID-19] virus and how it will affect our league and season,” Davis said, adding that his frustration with taking away the first eight rows of seats was exacerbated by the league’s leaving the decision for fans up to the individual teams after an offseason of what Davis called “equity” among teams.

Having no offseason programs and only virtual meetings was based on “a worse-case scenario,” Davis said, so every team was in the same situation. With the Raiders sold out for the season, they have no room to move anyone from those sections.

“That’s the Black Hole,” Davis said, “it’s the people that that want to be in the front row. Boisterous fans … now I’ve got to tell 8,000 people that helped build this thing that they can’t come to a game? I don’t have 8,000 seats to move them to. We’re sold out.

“The optics are terrible — advertising on top of seats belonging to people you’re telling they can’t come to the game. I’d rather have everybody pissed at me than just one person. I’ve got to make it up to them, and I will. This is all about safety and equity.”

The Raiders, who had called Oakland, California, home since moving back there in 1995 after 13 seasons in Los Angeles, are in the midst of their move to Southern Nevada.

Davis said with no fans, it would be a “soft-opening” for the team’s new, $1.9 billion, 65,000-seat domed stadium near the Las Vegas Strip, with an eye on going bigger in 2021, should the pandemic subside by then.

“We want our inaugural season to be something special,” he said. “I don’t even know if we’ll light the [Al Davis] torch. These are all potentials and respecting all.”

And in saying he would stay away from games if he does decide to exclude all fans from Allegiant Stadium, Davis said only people “essential to the production of the game” should be in attendance.

“The only thing I’m essential for is after the game yelling at Jon [Gruden],” Davis joked of the Raiders coach. “I can do that over the phone.”