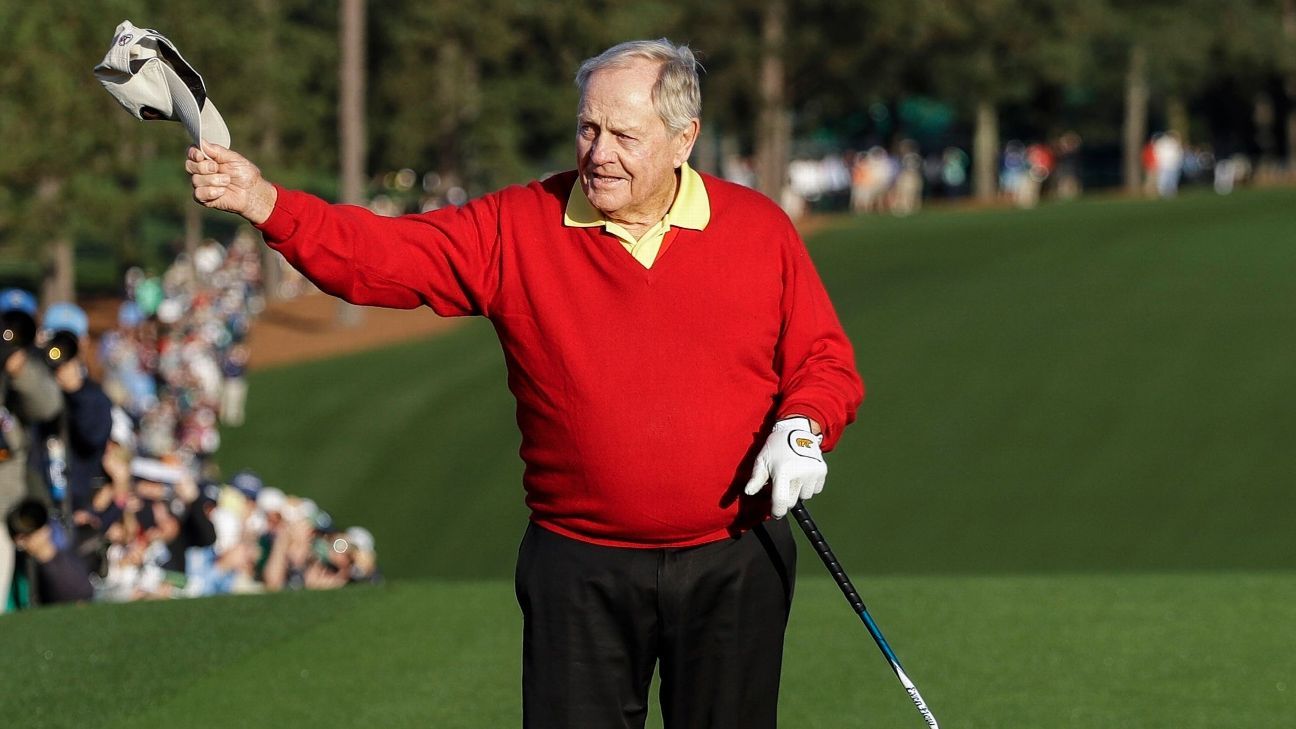 DUBLIN, Ohio — Jack Nicklaus revealed Sunday during the CBS telecast of the Memorial that he and his wife tested positive for the coronavirus at the onset of the pandemic.

Nicklaus and his wife, Barbara, turned 80 a month apart at the start of the year.

He said his wife had no COVID-19 symptoms, while Nicklaus had a sore throat and a cough. Nicklaus said they were home in North Palm Beach, Florida, from March 13 “until we were done with it” on about April 20.

“It didn’t last very long, and we were very, very fortunate, very lucky,” Nicklaus said. “Barbara and I are both of the age, both of us 80 years old, that is an at-risk age. Our hearts go out to the people who did lose their lives and their families. We were just a couple of the lucky ones.”

The Memorial has no spectators, and Nicklaus sightings have been rare this week because of protocols in the PGA Tour’s return to golf amid the pandemic.

Nicklaus shared the news when the Memorial was coming out of a weather delay in the final round. The few times he has been seen, he was wearing a mask and keeping his distance.

Tiger Woods, a five-time winner of the Memorial, said he had known for some time Nicklaus had tested positive.

“The fact that they got through it and they’re safe and here and healthy, it’s all good news for all of us who are a part of golf and who looked up to Jack and [have] been around Barbara all these years,” Woods said.

Nicklaus had a remote news conference on Tuesday and said he would shake the hand of whoever wins the Memorial, a tradition at the tournament he created.

“If they don’t want to shake my hand, that’s fine, I’ll give them a fist bump or an elbow bump, but I’m not going to give them COVID-19, so that’s … I wouldn’t put anybody in that position,” he said Tuesday.

“We’ve got the antibodies, and theoretically we can’t get it and can’t give it,” he said. “That’s a nice position to be in.”

The Centers for Disease Control and Prevention, in a June 30 update, said it does not know whether people who recover from COVID-19 can get infected again. It also said even with a positive test for antibodies, “you still should take preventive measures to protect yourself and others.”