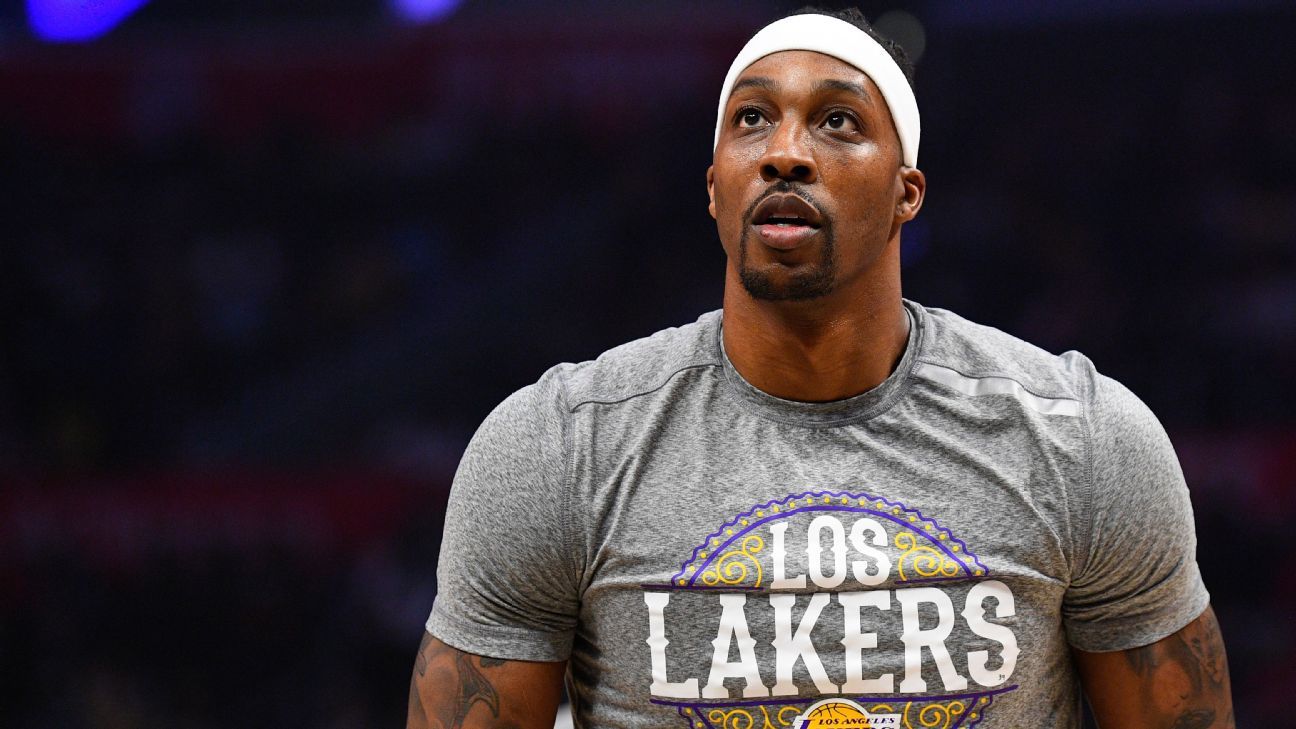 Days after receiving a warning for not wearing a face covering in common areas at the NBA campus, Los Angeles Lakers center Dwight Howard continued to question the need for a mask inside the league’s so-called “bubble” in Orlando, Florida.

“They sanitize everything,” Howard said on an Instagram Live video he posted Sunday. “We’re getting tested every day. So, it’s not like we’re around anybody that can give it to us because we all get tested together. And so, we’re only around each other. We’re only around everybody that’s in the bubble. We don’t see any outsiders. We don’t have any contact with any outsiders.

“So, I’m just … I understand the whole ‘wear a mask’ and all that stuff, so nobody is not trying to do anything out of order. But, you know, again, I understand that there always has to be some type of controversy somewhere. And I’m not in no controversy. You know what I’m saying? I get it. It’s some clickbait.”

Howard’s faith in the league’s operation has been justified, so far. The NBA and National Basketball Players Association jointly announced Monday that of the 346 players tested in Orlando for COVID-19 since July 13, zero returned confirmed positive tests.

In the nearly hourlong video, Howard repeatedly brought up the subject of masks, responding to comments that followers posted on his livestream.

“I got a mask,” said Howard, whose face was uncovered while he broadcast from a laundry room. “I got extra masks in here to make sure now. Look, now: masks on top of masks. NBA masks.”

The eight-time All-Star held a handful of masks to the camera.

“They tried to make a big deal about what I said about wearing the mask,” he said at another point. “And I get it. Common sense, it’s not common. But I understand why certain people say certain things.”

Later in the video, he made light of how the virus — which has caused more than 140,000 deaths in the United States — is spread.

“I didn’t know that the coronavirus be flying through the air looking for people,” Howard said. “Let me stop because I don’t want people to think that this ain’t serious. It’s very serious, y’all. But, these are jokes. And I guess we’re not supposed to joke. But with everything going on, we need some positivity, man. We need some jokes. We need people to laugh and smile.”

At one point in the video, Howard left the laundry room to go outside, where he spoke to several unidentified staffers off camera. When one staffer misheard how much longer his load of laundry had before the wash cycle would be finished, he jokingly blamed it on her mask.

“You might need to get them ears checked,” Howard said, folding one of his ears between his fingers. “That mask. The little part on the mask, making your ear go down.”

When one of the staffers invited Howard to join a gathering by the pool, Howard changed the pitch of his voice to an authoritative tone when he responded.

Later, when asked by a follower if players would be permitted to visit Disney’s theme parks, he again used the question as fodder for mask material.

Howard also answered a question about vaccinations during the Instagram session.

“Do I believe in vaccinations?” Howard said. “No, I don’t. That’s my personal opinion, but no, I don’t.”

Lakers coach Frank Vogel said Howard, who joined the team in Orlando — skipping the Lakers’ earlier training camp in El Segundo, California, which featured individual workouts and information sessions about the coronavirus — was privy to the same info as the rest of the team.

“He was part of those programs over Zoom,” Vogel said Monday. “And everybody has to make personal choices with this. Worldwide, everybody’s making personal choices. For us, we want to make sure we follow the NBA protocols they’ve laid out for us to help us remain as safe as possible. There’s no 100%, risk-free environment inside the bubble, and we just want to be as diligent as we can following those protocols.”

According to the NBA’s health and safety protocol, the league has the right to enforce disciplinary action — from a warning, to a fine, suspension or even removal from campus — if a player is not adhering to the guidelines for the season restart in Orlando.