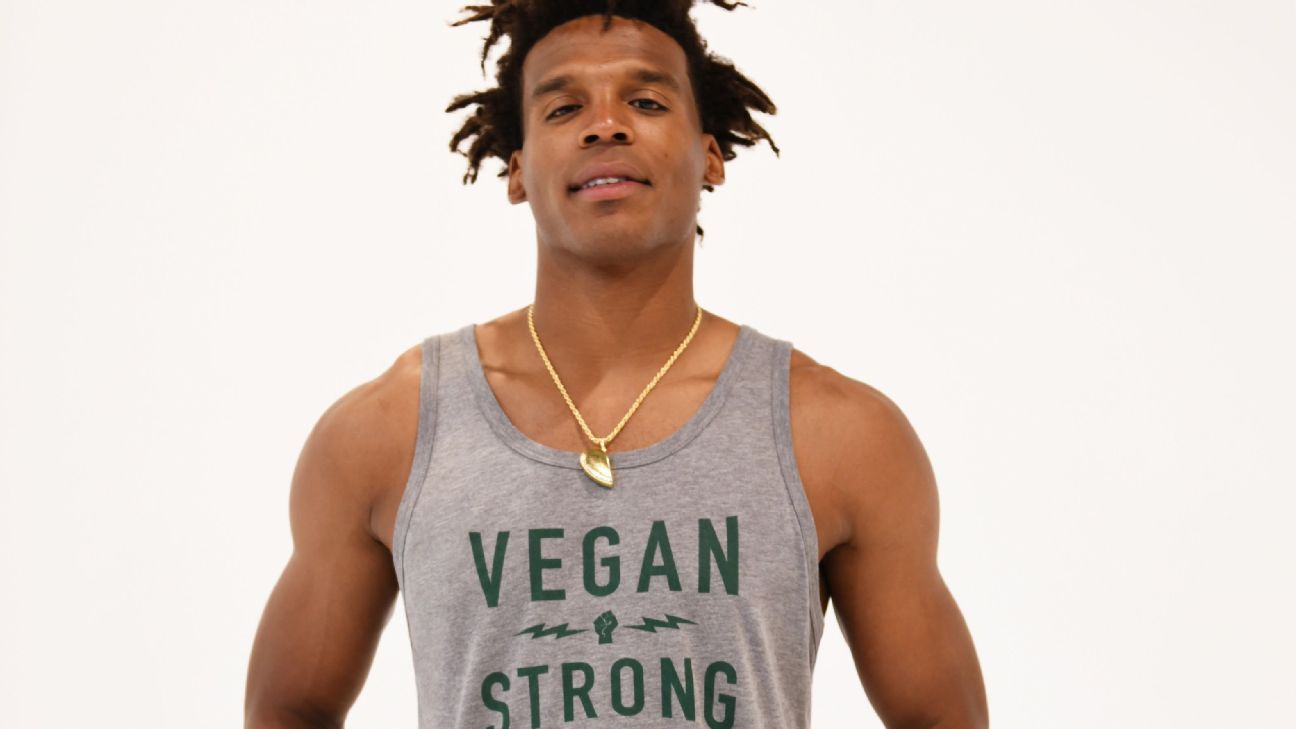 Six-time Super Bowl-winning quarterback Tom Brady often talked about his heavily regimented diet while playing for the New England Patriots, which included producing a “TB12 Nutrition Plan” filled with recipes for sale. His potential replacement, Cam Newton, is following a bit of a different script.

Newton isn’t selling anything, but he’s delivering a message on the benefits of a vegan diet.

Last year, as he was coming back from offseason shoulder surgery and a sprained foot in the preseason, Newton said going vegan helped him feel like a rookie again. His plant-based diet also sparked a notable discussion on ESPN’s Outside The Lines last October.

And Newton is sticking with the vegan diet in 2020.

“I’ve seen such a remarkable change in the way my body responds to the food that I eat,” Newton said as part of new vegan campaign for PETA, a nonprofit organization that promotes kindness to animals.

Listed on the Patriots’ roster at 6-foot-5 and 245 pounds, Newton wore a “Vegan Strong” shirt as he delivered his remarks.

“I don’t want people to think you can’t love food being vegan, or there’s not good-tasting food that’s vegan,” he said. “A person may ask, ‘How do you get your protein?’ … You get it in the same way that they get it, know what I’m saying? The more cleaner, more fresher way.”

Newton follows NFL players who have teamed up with PETA in the past, including Kansas City’s Tyrann Mathieu, New York Jets’ Le’Veon Bell and Green Bay’s Devin Funchess.

Similar to Brady, Newton said choosing what food to consume is a critical lifestyle choice. “We have to incorporate a lot of discipline in our everyday life, so why not do it with food?”

Newton’s signing with the Patriots, which was first reported June 28 and officially announced by the team July 8, has generated a buzz across the NFL. Whether Newton ultimately fills Brady’s void will be determined in training camp, as 2019 fourth-round pick Jarrett Stidham and 11-year veteran Brian Hoyer join him atop the quarterback depth chart.

Stidham and Hoyer have a head start in the team’s system, and have been helping to lead player workouts throughout the offseason that observe social distancing guidelines.

But Newton, who won the NFL’s Most Valuable Player award in 2015, has already connected with a few Patriots receivers — most notably Mohamed Sanu and N’Keal Harry — during workouts at UCLA.