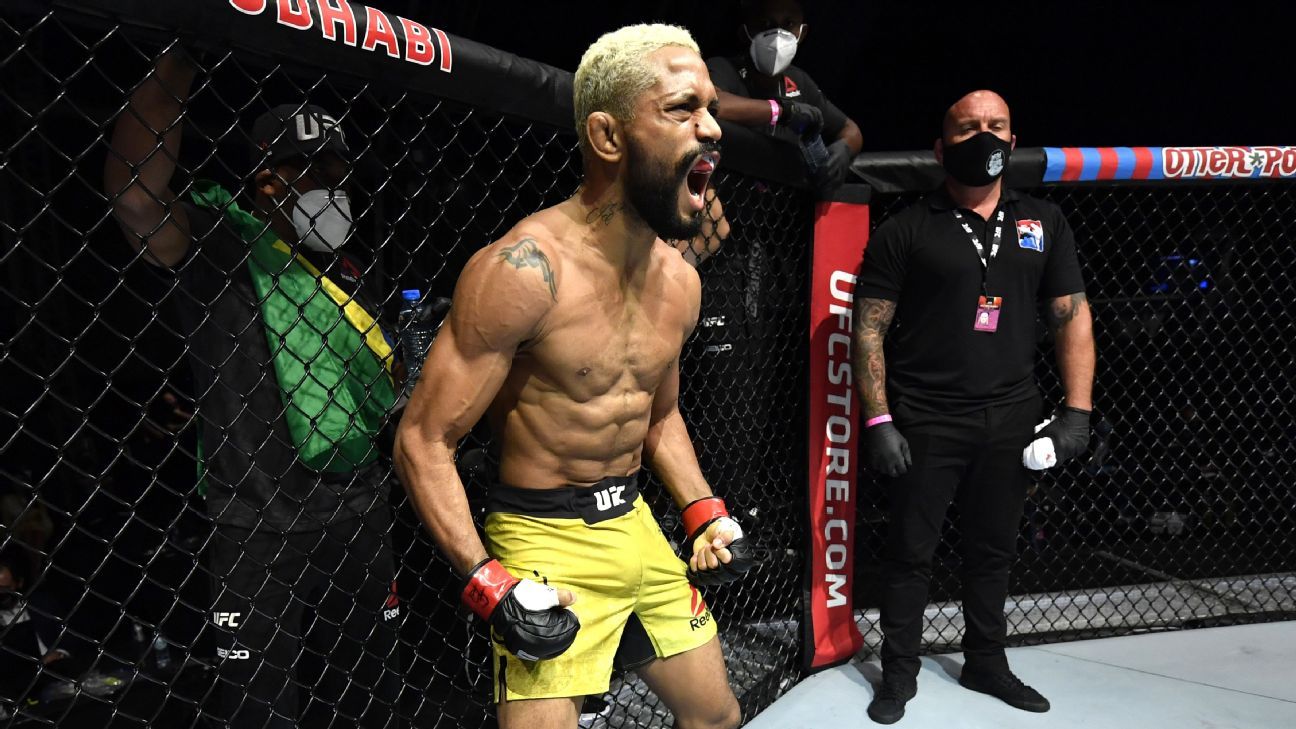 Deiveson Figueiredo left no doubt on Saturday night as to who is the top flyweight in the UFC.

Figueiredo knocked down Joseph Benavidez three times in the first round and finished the fight late in the round with a rear-naked choke to capture the vacant flyweight championship in Abu Dhabi, United Arab Emirates.

This fight was a rematch of their bout on Feb. 29, which was supposed to be for the title. Figueiredo stopped Benavidez in the second round that night but was ineligible to claim the belt because he did not make the 125-pound limit.

While that fight was competitive, Saturday night’s bout wasn’t. Figueiredo put on a spectacular performance, one that had numerous UFC fighters taking to social media to heap praise on the new champion.

Deiveson Figueiredo is the man!!!! Holy cow. Dude is the real deal! @daico_desdaguerra

That’s a vicious flyweight if I’ve ever seen one ! DAMN #UFCFightIsland2

Some of Benavidez’s peers took to Twitter to express their disappointment at his loss. Benavidez is considered to be very well-liked, and at 35 years old, his title shot Saturday night might have been his last.

I’ve always considered @JoeJitsu to be a mentor of mine ever since the TUF days. Very thoughtful man that always shares his knowledge and gives sound advice. Keep your head up Joe, we love you. #UFCFightIsland2

Ahh man. Gutted Joey B. Ref gave him his chances to stay in the fight as well. #UFCFightIsland2 #TheWeeklyScraps

Pure savagery from Figueiredo from start to finish! We officially have a new Flyweight Champ 👏🏻👏🏻

Hard to see Joe B go down like that 🥺 #UFCFightIsland2

Damn gutted for joe, really would have like to see him do it. @ufc

I feel like the super villain just beat the super hero. My heart is crushed, but I love joe and I’m always proud of him! #UFCFightIsland