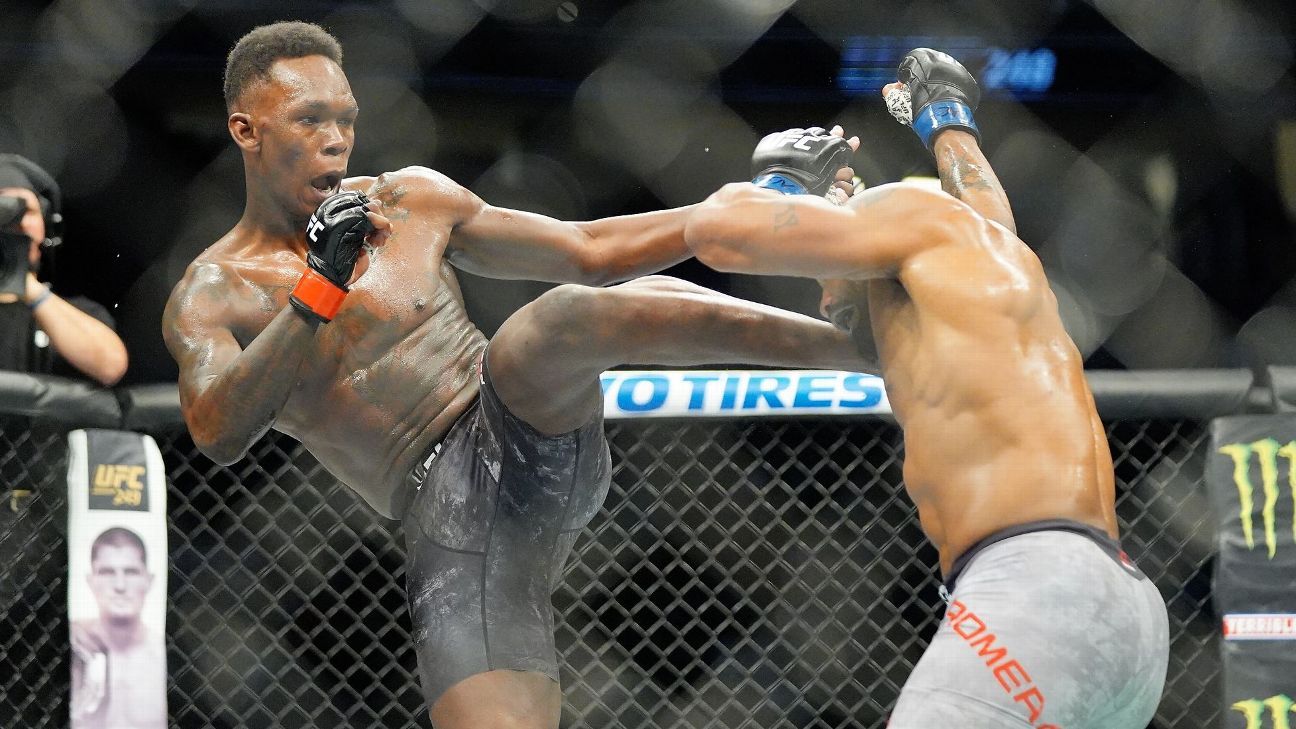 One of the most anticipated UFC middleweight title fights has a date. Israel Adesanya will defend his 185-pound title versus Paulo Costa on Sept. 19, multiple sources said Saturday.

Costa tweeted later Saturday: “The fight is on folks!” News of the fight was first reported by Combate.

The fight, which will take place at UFC 253, doesn’t have a location yet. It probably will take place in either Las Vegas or Abu Dhabi, but the promotion hasn’t finalized those plans just yet because of the coronavirus pandemic, sources said.

Originally, Khabib Nurmagomedov vs. Justin Gaethje was targeted for Sept. 19. Though no official determination has been made regarding that fight, sources say the current plan is to headline the card with Adesanya vs. Costa and then do Nurmagomedov vs. Gaethje for the lightweight title later in the fall.

Adesanya (19-0) successfully defended the middleweight title for the first time in March when he defeated Yoel Romero via unanimous decision. That fight was supposed to be against his bitter rival, Costa, however, Costa was forced out of the fight after suffering a torn left biceps.

Costa (13-0), from Brazil, most recently defeated Romero via unanimous decision in August 2019.

The duo have been entangled in a war of words since before Adesanya won the middleweight title in October.

The fight will mark just the second time in UFC history that two undefeated males fight for an undisputed title. The first time was back in 2008 when champion Rashad Evans defended the light heavyweight title against Lyoto Machida at UFC 98.