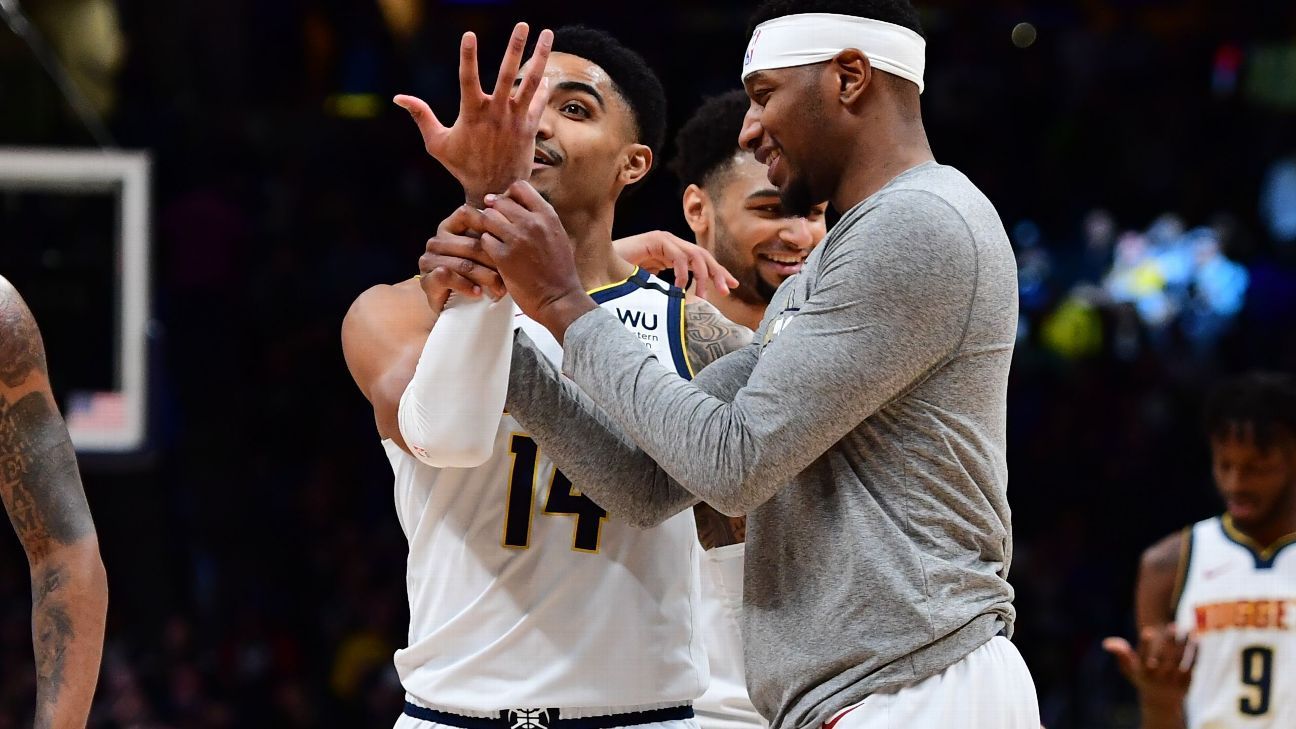 The Denver Nuggets are finally getting closer to becoming whole as Gary Harris and Torrey Craig are expected to arrive to Orlando on Sunday, a source confirmed to ESPN.

Denver head coach Michael Malone declined to comment specifically on the status of Harris and Craig. But he said on July 11 that the Nuggets were awaiting positive news from back in Denver on other players being cleared to travel to Orlando after members of their travel party did not fly with the team to Florida.

The Nuggets closed their team facility prior to departing for the season restart after two members of the team tested positive for coronavirus, sources told ESPN’s Adrian Wojnarowski.

The Nuggets got Nikola Jokic to Orlando last weekend after the All-Star center experienced travel issues following his positive test for coronavirus in Serbia. But they had been so shorthanded at the Walt Disney World resort that Malone said he has had to resort to utilizing Jokic often as the primary ballhandler and backup point guard and bigger forwards like Jerami Grant and Bol Bol on the perimeter.

The Nuggets’ first scrimmage is on Wednesday against the Washington Wizards and Malone has said he may have to get creative with his lineups.