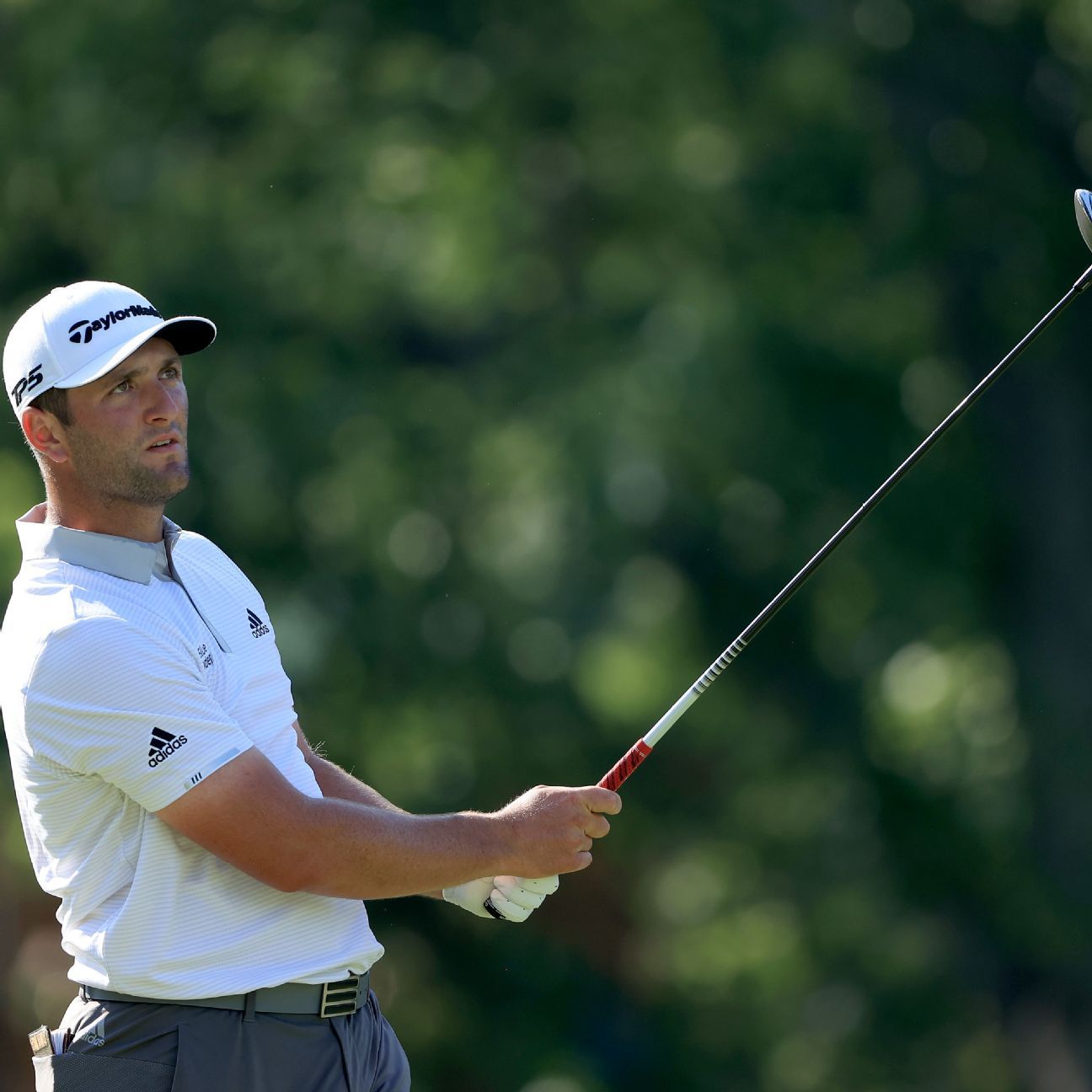 DUBLIN, Ohio — Jon Rahm showed Saturday in the Memorial why he’s one of the most explosive players in golf.

A back nine that capped off what he considers one of the best rounds of his career gave Rahm a 4-under 68, turned a four-shot deficit into a four-shot lead and put the 25-year-old Spaniard on the verge of reaching No. 1 in the world.

“Today could be one of the best rounds of golf I’ve played in my life,” Rahm said, a tribute to a Muirfield Village getting so close to the edge it drew comparisons with a major. “And it’s hard to believe how passively it came, compared to how I played usually.”

His passion is so great it can hurt as much as it helps. On this day, facing this test, Rahm kept his cool. He watched Tony Finau reach the par-5 11 in two for a sure birdie that would leave the Spaniard four shots behind.

There was no panic. Rahm said he told his caddie on the 13th tee, “If we can finish the last six holes under par, it’s a great finish. And whatever we have to do to make a comeback, we’ll make a comeback.”

With help from Finau and his two double bogeys, and Ryan Palmer with bogeys on two of his last three holes, that turned into a four-shot lead for Rahm.

A victory allows him to join Seve Ballesteros as the only Spaniards to reach No. 1, provided that Rory McIlroy doesn’t finish as a runner-up. McIlroy shot 72 — not a bad effort on a day wher the average score was 73.7 — and was 10 shots back.

“I’ve got to get out there tomorrow, play solid again and get the job done and think about the No. 1 afterwards,” he said.

Rahm was at 12-under 204 as he goes for his fourth PGA Tour victory, and 10th worldwide. Finau and Palmer, each with a 73, were three behind. Former Masters champion Danny Willett (70), next in line at six shots back.

Finau was was bogey-free on the front nine, poured in a 50-foot birdie putt and then easily reached the green on the par-5 11th for a two-putt birdie to reach 12 under.

One swing changed everything.

Finau’s tee shot on the par-3 12th in a swirling wind sailed 15 yards over the green, leaving a downhill chip from thick rough to a green that was yellow and ran toward the water. He left it short, chipped through the green and made double bogey. Finau took another double bogey on the 17th hole with an awkward lie in the rough.

“It was good, and then it wasn’t good,” Finau said. “Man, this golf course can get you in a heartbeat. You just try and put your best foot forward every hole, every shot and try and play as well as you can. The greens are firm. There’s enough wind up there to think about. They’re fast. A little disappointed in my finish, but look, I’m in a good position going into tomorrow.

“And it’s going to be tough tomorrow.”

Muirfield Village is rebuilding all the greens starting Monday, and tournament officials are not afraid to let the course go to the very edge for the strongest field of the year.

It was the highest average score for the third round at the Memorial since 2012, the last year Tiger Woods won. There won’t be a repeat of that. Woods said he felt better and he played better, posting a 71. He still was 14 shots behind.

That’s what made Rahm’s round so special. The ball kept rolling on the greens, and the Spaniard realized it was happening to everybody. He dropped only one shot, on the par-3 eighth.

And his finish was simply sublime.

Rahm played in the group in front of Finau and saw him reach the 11th green in two, a sure birdie. His only concern was hitting the green at No. 12, trying to pick up a birdie or two and if had to rally on Sunday, so be it. He hammered his tee shot 360 yards over the bunker that set up a wedge to 12 feet for birdie on the 13th. He wisely laid up on the 14th, with the tees moved forward to play at 322 yards, and hit wedge to 5 feet for birdie.

Right of the green on the par-5 15th in two, with the green running fast and away from him, he hit a flop-and-run to 3 feet for a third straight birdie. And then he capped it off with a 25-foot birdie putt on the 16th.

Just like that, he had the lead. He’s in control.

Rahm has had a mathematical chance to reach No. 1 ever since golf resumed six weeks ago. He missed the cut at Colonial and finished out of the top 25 in the other three events he played.

Now it’s right there in front of him — along with a Muirfield Village course that won’t be getting any easier.

“Whatever happens tomorrow happens, but it’ll be a great test for me to learn for the future, for major championships,” Rahm said. “Because this is going to be the closest thing we get to a major championship without being one.”