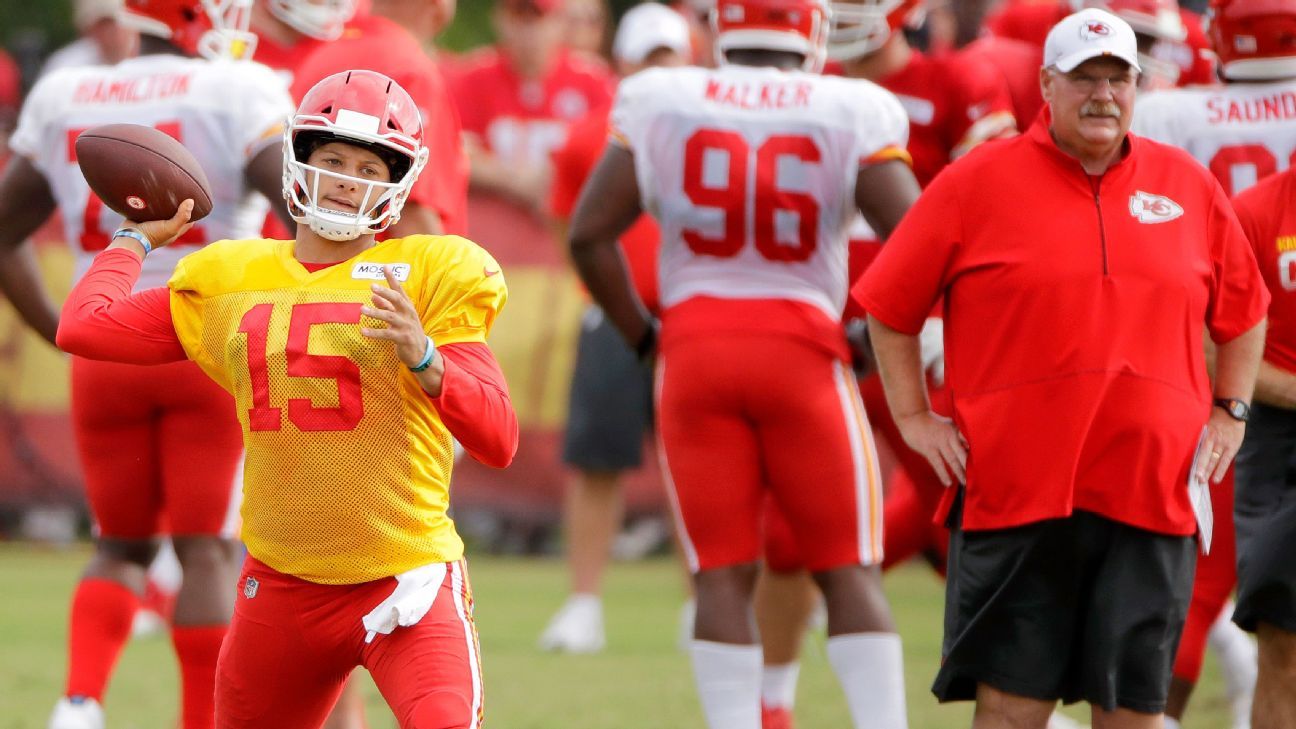 NFL players took to Twitter on Sunday in a coordinated effort to urge the NFL to listen to its experts’ guidelines on safely opening training camps amid the coronavirus pandemic.

Many of the players used the hashtag #WeWantToPlay to accompany their tweets.

NFL Players Association president JC Tretter tweeted: “What you are seeing today is our guys standing up for each other and for the work their union leadership has done to keep everyone as safe as possible. The NFL needs to listen to our union and adopt the experts’ recommendations #wewanttoplay”

The NFLPA told ESPN that players weren’t specifically instructed to tweet, but that the union was “involved, to make sure [the tweets] were [on] factual grounds.” The NFLPA said that Tretter’s tweet would serve as its statement.

Among the players tweeting were Seattle Seahawks quarterback Russell Wilson, who wrote that he was concerned and pointed to his pregnant wife as a main reason why.

“I am concerned. My wife is pregnant. @NFL Training camp is about to start.. And there’s still No Clear Plan on Player Health & Family Safety. We want to play football but we also want to protect our loved ones. #WeWantToPlay”

“If Adam Silver can respect the voices and protect his NBA players why can’t @nflcommish do the same? Listen to your players,” Thomas tweeted.

The Cleveland Browns‘ Myles Garrett was among players to say that there won’t be a season if the NFL doesn’t “do their part to keep players healthy.”

“If the NFL doesn’t do their part to keep players healthy there is no football in 2020. It’s that simple. #WeWantToPlay,” he said.

The Houston Texans‘ J.J. Watt was the first player to tweet his concerns, doing so on Thursday.

On Wednesday, the NFLPA’s executive committee held a conference call with nearly 50 of its highest-profile players intended to inform the membership on where things stood ahead of training camp, one player on the call told ESPN’s Jeff Darlington. But that call took some turns as players felt the NFLPA couldn’t answer some of the simplest questions they were asking.

Among others, Watt vocalized the need to gain more clarity on the NFL’s plan for player health and safety. As such, several players asked the NFLPA how they could assist and what their message should be. Essentially, one player said, the call became a galvanizing moment that has led to Sunday’s social media blitz. Since that call, players have been working with the NFLPA to work on ways to create a unified voice.

On Saturday, when the NFL sent an email to each team informing them that training camp would start on time, one member of the NFLPA executive committee told ESPN they viewed the NFL’s action as a public relations attempt to quell fans’ concerns due to a growing sentiment from players — including Watt and Patrick Mahomes — who have expressed frustrations about the lack of clarity from the league.

The NFLPA source said this public back-and-forth is expected to eventually lead to more expansive meetings between the league and the NFLPA in the coming days to gain a better understanding about how the league plans to handle aspects like practices, testing, opt-out clauses and other factors that players believe have not been properly agreed upon.

Among the NFLPA’s requests to the NFL are daily testing, no preseason games and a “ramp up” period (21 days of strength and conditioning, 10 days of non-padded practices and 14 days of “contact acclimation”) once they report to camp.

Rookies for the Texans and Kansas City Chiefs, the teams scheduled to play the Thursday night regular-season opener on Sept. 10, have been told to report Monday. The full-squad reporting date for the vast majority of teams is July 28.