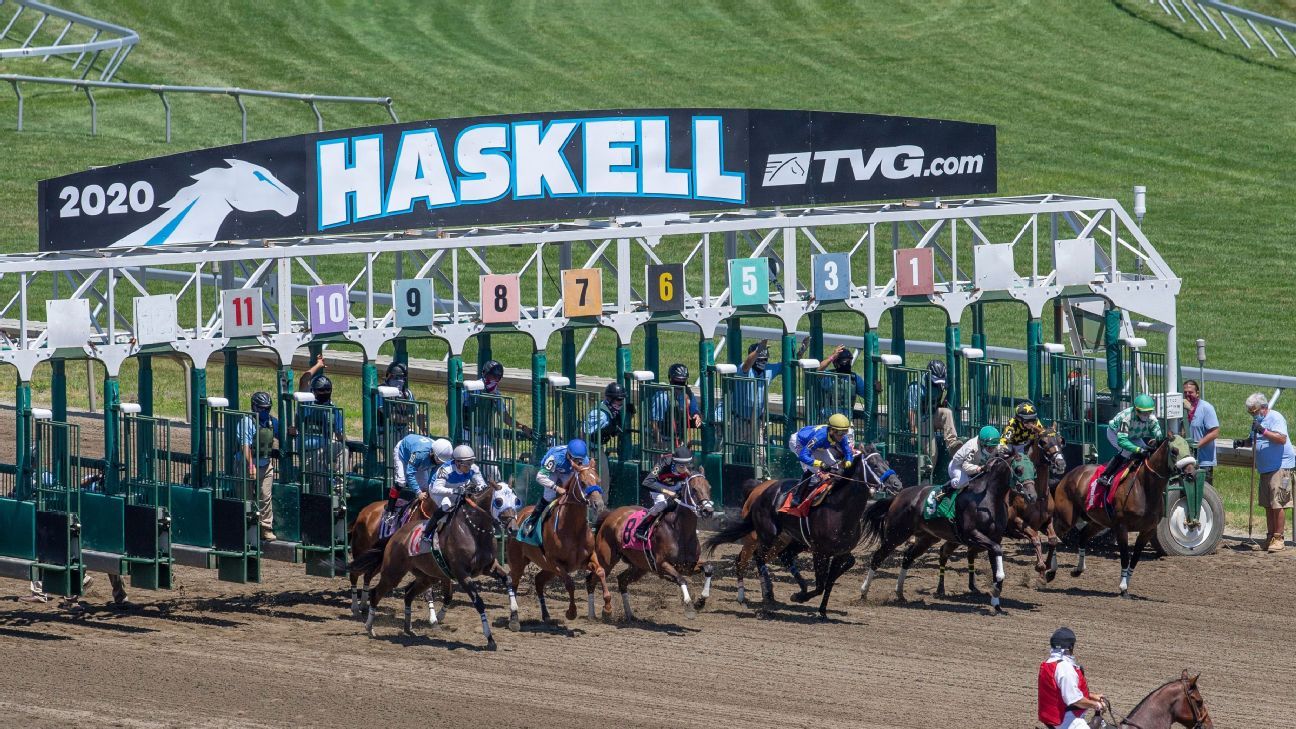 Jockey Mike Smith put the Santa Anita Derby runner-up on the lead at the start and they covered the 1 1/8- mile Grade 1 stakes in 1:50.46. The win was the third in four starts this year for the colt.

Smith, who made the trip in from the West Coast and had to pass a coronavirus test before gaining entrance to the track, broke Authentic from the No. 2 post and never lost the lead.

It might have been a going away present for Baffert, who will start a 15-day suspension on Aug. 1. The Arkansas Racing Commission penalized him after two of his horses tested positive for a banned substance in races May 2.

Baffert last won the Haskell in 2015 with American Pharoah, one of two colts he guided to the Triple Crown. Justify (2018) was the other.

Authentic won his first three starts before finishing second to Honor A.P. in the Grade 1 race in California in his last start on June 6.

Ny Traffic, who finished second in the Matt Winn in Kentucky in his last start came flying late and just could not catch Authentic before the finish line with Paco Lopez in the irons.

Authentic earned 100 points for the Kentucky Derby on Sept. 5. The winner also earned a berth for the Breeders’ Cup Classic.

The owners of Tiz the Law plan to run this year’s winner of the first leg of the Triple Crown in the Travers Stakes at Saratoga on Aug. 8. It would be his final prep for the Kentucky Derby at Churchill Downs. The Preakness is scheduled for Oct. 3 in a rejiggered Triple Crown season changed by the coronavirus.

Just before the Haskell, Bravo rallied Aquaphobia ($23.40) in the stretch to a narrow victory over Paret in the $300,000 The United Nations Stakes, the only other Grade I race run in New Jersey. It’s was Bravo’s fifth win in the race.