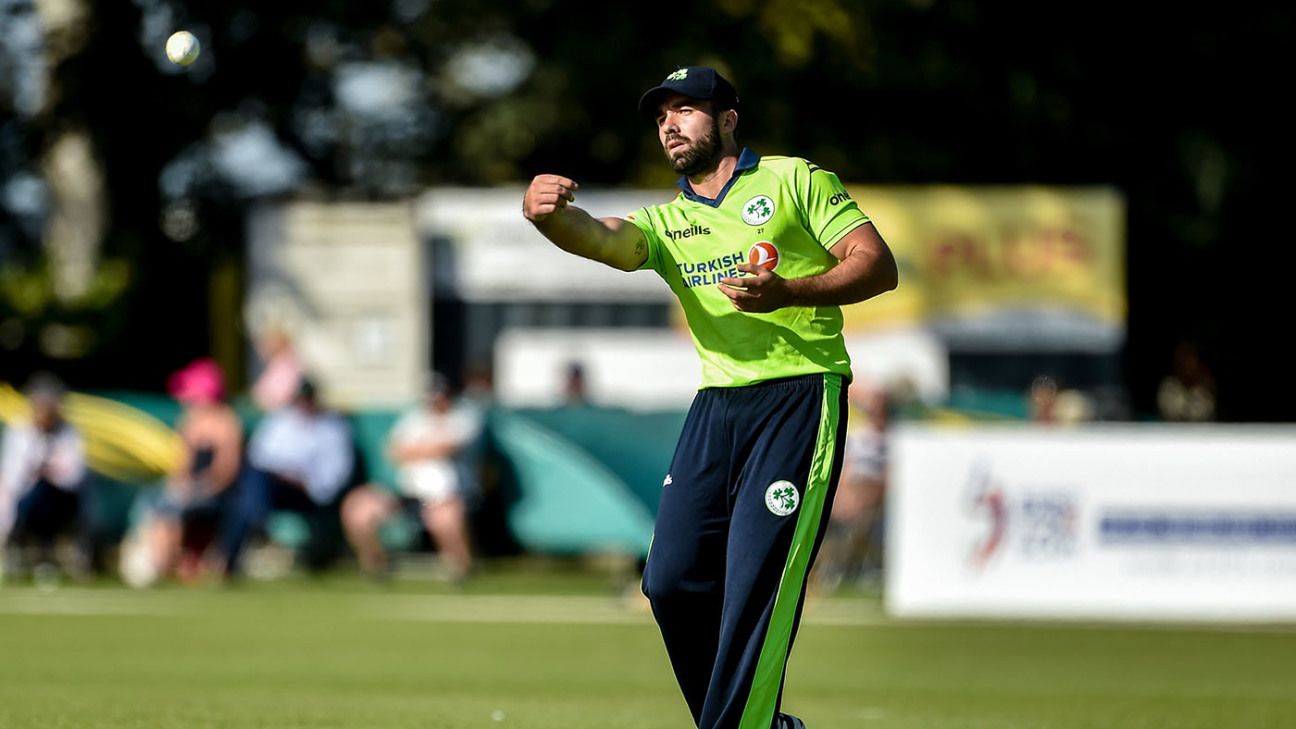 Ireland have added seamer Stuart Thompson to their expanded squad that will travel to England on Saturday ahead of their three-match ODI series.

The ECB had arranged for four Hampshire academy players – Scott Currie, Ajeet Dale, Harry Petrie and James Trodd – to join the camp to make up the numbers for Ireland’s training camp at the Ageas Bowl and for their intra-squad warm-up game on July 22.

But Dale has been ruled out through injury, and due to Covid-19 protocols, Hampshire were unable to provide a replacement. As a result, Thompson, who was a surprise omission from the original 21-man group, has been tested and cleared to join the squad.

Thompson’s inclusion also means that Shane Getkate is the only centrally-contracted men’s player not to be making the trip.

The squad will leave Dublin on a charter flight on Saturday, before travelling by bus to the Ageas Bowl where they will stay for two-and-a-half weeks. They will play an intra-squad practice match on July 22 and a warm-up against England Lions on July 26, after which a 14-man squad for the ODI series will be finalised.