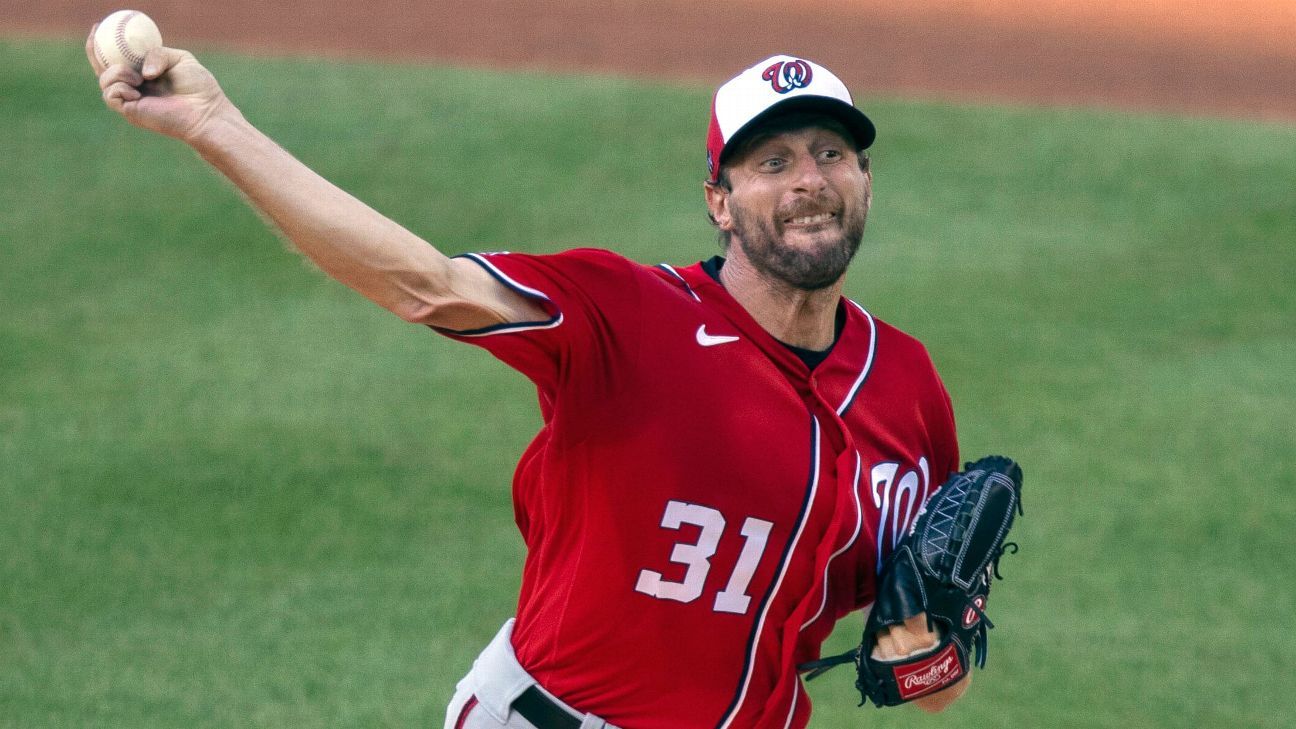 With the 2020 MLB season shortened to 60 games, a handful of the sport’s most impressive active streaks are in jeopardy. Max Scherzer likely won’t be matching an MLB record held by Tom Seaver, while some fans might be happy that a streak tied to the Astros’ recent dominance will come to an end.

Here’s a look at some of the noteworthy active streaks that figure to end with the 60-game season.

• Scherzer has struck out 200 batters in eight consecutive seasons, the second-longest streak in MLB history. Scherzer could have tied Tom Seaver with 200 strikeouts this season, but now he’ll likely make only nine to 12 starts. It’s worth noting that Chris Sale has seven straight 200-K seasons, but he was going to miss this year even without the presence of the coronavirus pandemic because of Tommy John surgery.

History suggests that Scherzer’s streak is likely over — no pitcher in modern history has recorded even 170 strikeouts through 60 team games — even though he has averaged 262 strikeouts per season over the length of his streak and fallen short of 250 strikeouts only once, last season, when injuries limited him to 172⅓ innings. In 2019, he posted the fifth-highest strikeouts per nine innings mark by a qualified starter in history (12.7). Scherzer also mixed in a 300-strikeout season, in 2018.

Over the course of his streak, Seaver averaged 240 strikeouts per season but never struck out 300 batters.

• The Astros have won at least 100 games in each of the past three seasons. Houston was seeking to become the first team in history with four straight 100-win regular seasons. That’s not going to happen.

Including the postseason, the Astros won 336 games over the past three seasons, the most by a team in any three-season span in MLB history.

• Neither Justin Verlander nor Gerrit Cole will have the chance to become the first pitcher since Randy Johnson (1998-02) to record consecutive 300-strikeout seasons. Only six pitchers in the modern era have had consecutive 300-strikeout seasons: Johnson (five straight), Nolan Ryan (three straight once and two straight once), Curt Schilling, J.R. Richard, Sandy Koufax and Rube Waddell.

• Jacob deGrom recorded 250 strikeouts with an ERA below 2.50 in each of the past two seasons. He is one of only six pitchers to accomplish the feat. Each of the previous five is in the Hall of Fame. DeGrom won’t get a chance to be the first to do it in three straight seasons, but he will have a shot at his third straight Cy Young Award.

• We already pondered what home run totals might look like in a 60-game season, but there are some streaks that will be tough (or impossible) to extend. For the record, the most homers in any 60-game span (team games) within a season is 35 by Barry Bonds in 2001. And just one player managed to hit 30 or more homers in his team’s first 60 games in a season — again, it was Bonds in 2001.

Most Consecutive Seasons With 30 HRs, Age 30 or Older

• The ageless Edwin Encarnacion was looking to match Babe Ruth and Mike Schmidt (yes, that’s right) with eight consecutive 30-homer seasons after turning 30. Encarnacion already has eight straight 30-HR seasons (the first came at age 29), which is the longest active streak in the majors. The only active player who has had a longer streak of 30-homer seasons at any age was Albert Pujols (12 straight from 2001 to 2012).

Has Encarnacion’s streak truly been Ruthian? Not quite. He has averaged 36 home runs over the past seven seasons, while the Sultan of Swat averaged 47 long balls from 1926 to 1933.

• Pete Alonso is denied the opportunity to hit 50 home runs in consecutive seasons to begin his career. The last player with consecutive 50-HR seasons at any point in his career was Alex Rodriguez in 2001 and 2002. In fact, no active player even has multiple seasons with 50 homers.

But Alonso still has the opportunity to set another record. He was the first player to hit 50 home runs in his first season and was a near lock to shatter the record for most home runs in a player’s first two seasons — 75 by Joe DiMaggio. He’ll need a strong effort (22 homers in 60 games), but that record is within reach.

• Ronald Acuna Jr. likely won’t become the youngest player in MLB history with consecutive 40-HR seasons. Last year, Acuna became the first player to hit 40 homers and lead his league in stolen bases (37) in the same season, according to the Elias Sports Bureau.

• Neither Acuna nor Christian Yelich will likely join Bonds (1996-97) as the only players in league history with consecutive 40-homer, 30-steal seasons. (Jeff Bagwell is the only other player with two such seasons in his career.)

• And it’s not completely out of the realm of possibility, but Nolan Arenado likely will miss a chance at becoming the first third baseman to hit 35 home runs in six consecutive seasons.