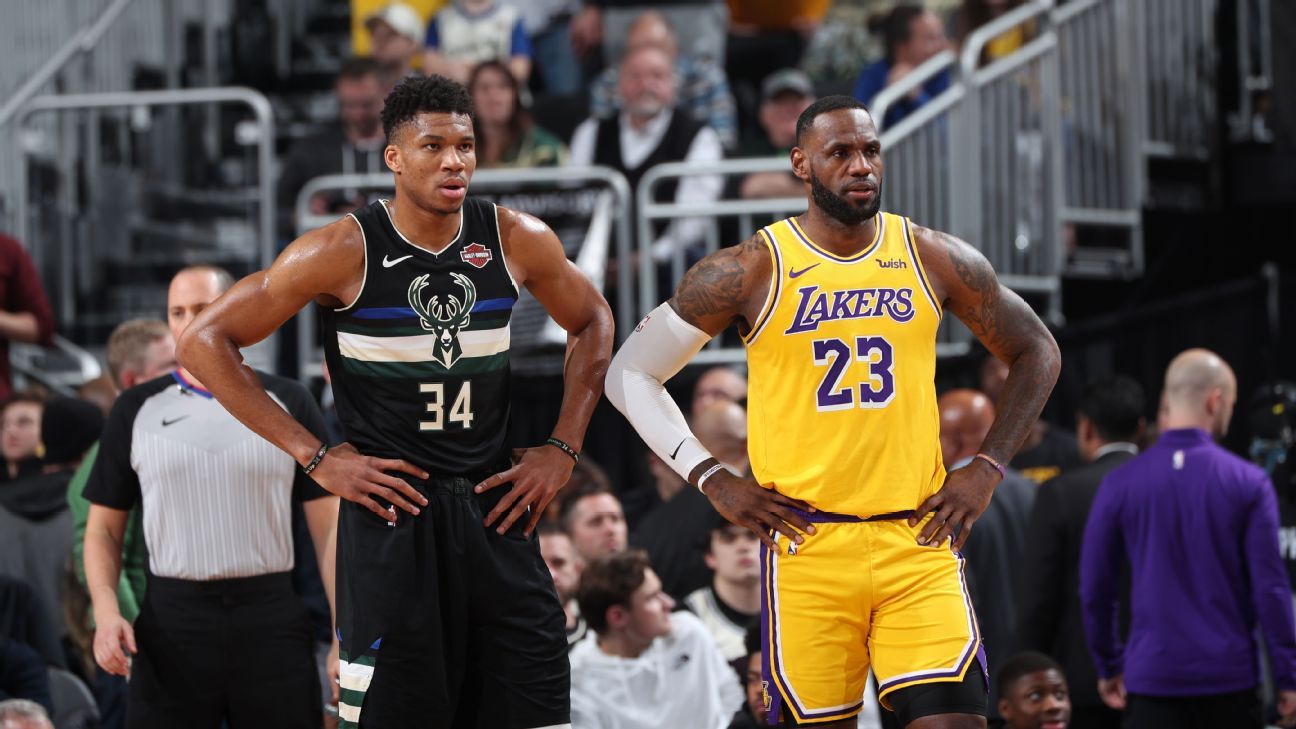 LAKE BUENA VISTA, Fla. — The NBA’s MVP race is over. So is the battle for every other individual regular-season trophy.

The league told teams Friday that none of the seeding games will be taken into consideration for any postseason award, and that voting for those honors — such as All-NBA, rookie of the year and defensive player of the year — will be completed before the July 30 restart of the season at Walt Disney World Resort.

Typically, those votes are cast closer to the end of the regular season. So the postseason races are still going in many cases, but the individual award chases are now complete.

“The decision to exclude seeding games from awards voting ensures a fair process in which players and coaches from all 30 teams will have the same opportunity to be honored as top performers for the regular season,” the NBA wrote in a memo sent to teams Friday. The Associated Press obtained a copy of the memo.

The league’s decision — which was expected — means that Giannis Antetokounmpo‘s campaign for back-to-back MVP awards technically ended more than four months ago when the season was suspended because of the coronavirus pandemic. And it also means that New Orleans’ Zion Williamson, who has appeared in only 19 games this season, won’t get to make a late push to try and catch presumed top-rookie frontrunner Ja Morant of the Memphis Grizzlies.

It’s unclear if Williamson will even be with the Pelicans for reopening night on July 30 when they face the Utah Jazz in the first game at the Disney campus. He left the NBA’s so-called bubble Thursday to deal with what the team called “an urgent family medical matter,” and the Pelicans said he intends to return at an unspecified date.

Statistical championships, such as the scoring, rebounding, assist and steal titles, are technically up for grabs through the end of the seeding games in mid-August. The league announced that portion of the plan when the schedules for the eight seeding games were released last month.

Most of those stat-trophy races are all but mathematically decided. Houston’s James Harden has a commanding lead in the scoring race as he closes in on his third consecutive title in that category to become the seventh player in NBA history to win the scoring crown in at least three straight seasons.

Cleveland’s Andre Drummond has a sizable lead in the race for the rebound title. LeBron James of the Los Angeles Lakers would remain ahead of second-place Trae Young of the Atlanta Hawks in the assist-per-game race even if James plays in all eight seeding games and doesn’t register a single assist.

If the 35-year-old James wins the assist title, and it would take a mathematical oddity to keep that from happening, he will be the second-oldest player to claim that award. Steve Nash was 37 when he won his last assists crown.

The steals race is still uncertain; Philadelphia’s Ben Simmons leads at 2.13 per game, while Chicago’s Kris Dunn — currently in second place — finished his season at 1.98 per game.