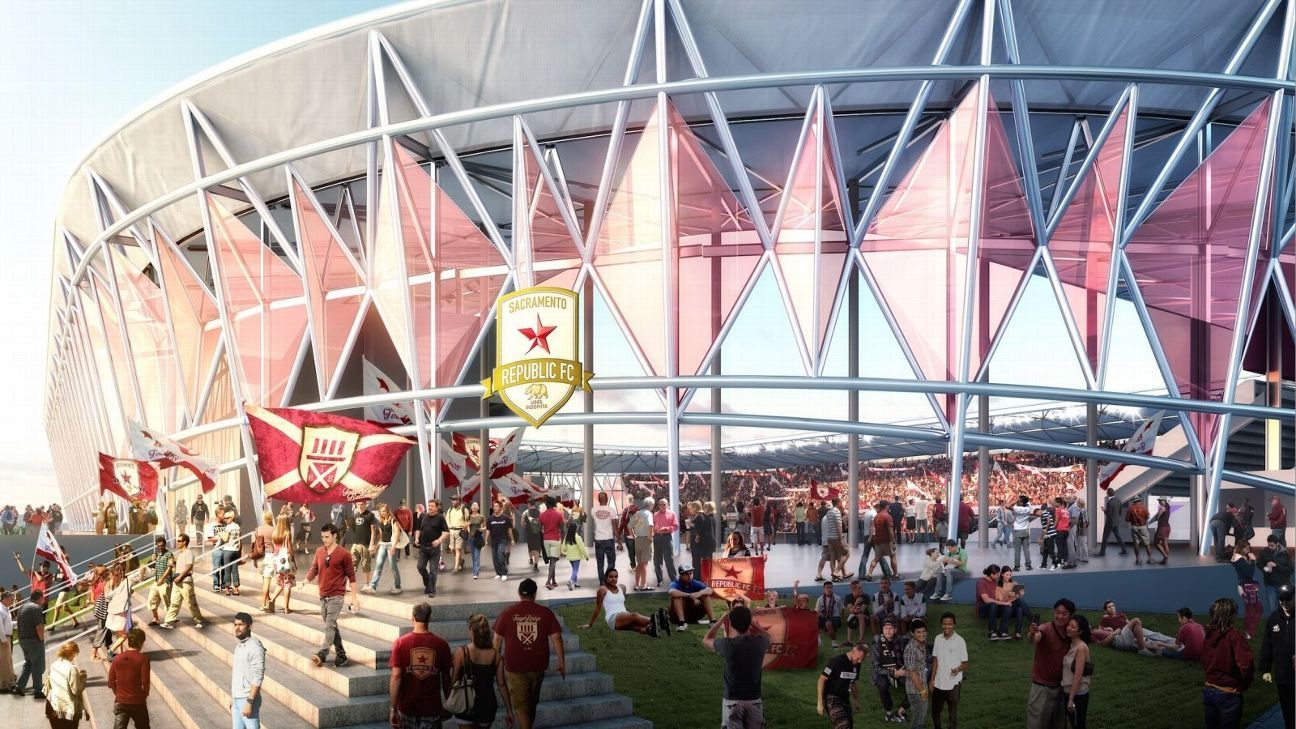 Major League Soccer announced on Friday it is delaying the inaugural seasons of three expansion teams — Charlotte, Sacramento Republic FC and St. Louis — by one year due to the impact of COVID-19.

– MLS is Back Tournament group standings
– Stream MLS Is Back LIVE on ESPN networks, ESPN app (U.S. only)

Charlotte will now make its debut in 2022, while Sacramento and St. Louis will begin play a year later. Austin FC is still scheduled to make its league debut in 2021.

The decision to delay the inaugural seasons of the three teams was driven primarily by the league, and the three teams agreed that waiting was the best course of action. The final decision was made by MLS Commissioner Don Garber in conjunction with the league’s Expansion Committee.

“We have always taken a thoughtful and strategic approach to our expansion planning and have delivered successful launches for every new club,” said Garber in a prepared statement. “It is important for each club to take the necessary time to launch their inaugural MLS seasons the way their fans and communities deserve. With the extra year to make up for what has been a challenging 2020, these teams will be well-positioned for their debuts and for long-term success.”

The impacts of the pandemic have hit MLS’ business hard, with Garber stating last month that the league and its teams would sustain a $1 billion revenue hit in 2020. The three expansion teams have been affected as well. The Charlotte team, which will reveal its name and brand on July 22, has sustained delays related to renovations at Bank of America Stadium, which is also home to the NFL’s Carolina Panthers.

“After a lot of discussion with Major League Soccer, we are confident it is in the best interest of our club and our supporters to take additional time to ensure a successful inaugural season,” said Tom Glick, the president of Tepper Sports & Entertainment, Charlotte’s owners. “When we were awarded the team in December [of 2019], we knew we were on an extremely tight timeline to begin play in 2021, but we were ready to meet that challenge. Unfortunately, the COVID-19 pandemic has impacted several of our essential initiatives. We have made huge progress in the last few months but having additional time to build is important.”

Sacramento and St. Louis are both in the process of constructing new stadiums. Sacramento is currently conducting preparation work on a stadium at the Downtown Railyards site, but the team said in a statement that the delay will allow it to “address pandemic-driven challenges in the global construction economy.”

“With an additional year, we can better adjust for the impact of the pandemic on our community and identify how we can best serve the neighbors and friends that have supported our club on its rise to Major League Soccer,” said Republic FC Investor Matt Alvarez.

St. Louis’ stadium project at the Downtown West site is still moving forward “following guidelines from health and government officials to effectively and safely manage” the effort the team said in a statement. A source with knowledge of the situation added that St. Louis had been impacted by the pandemic in other aspects of the business, including the hiring of staff.

“We’ve been working closely with the league and collectively agreed that the adjusted timeline was the best decision to position our club for a historic launch and long-term success,” said Carolyn Kindle Betz, MLS4TheLou CEO.