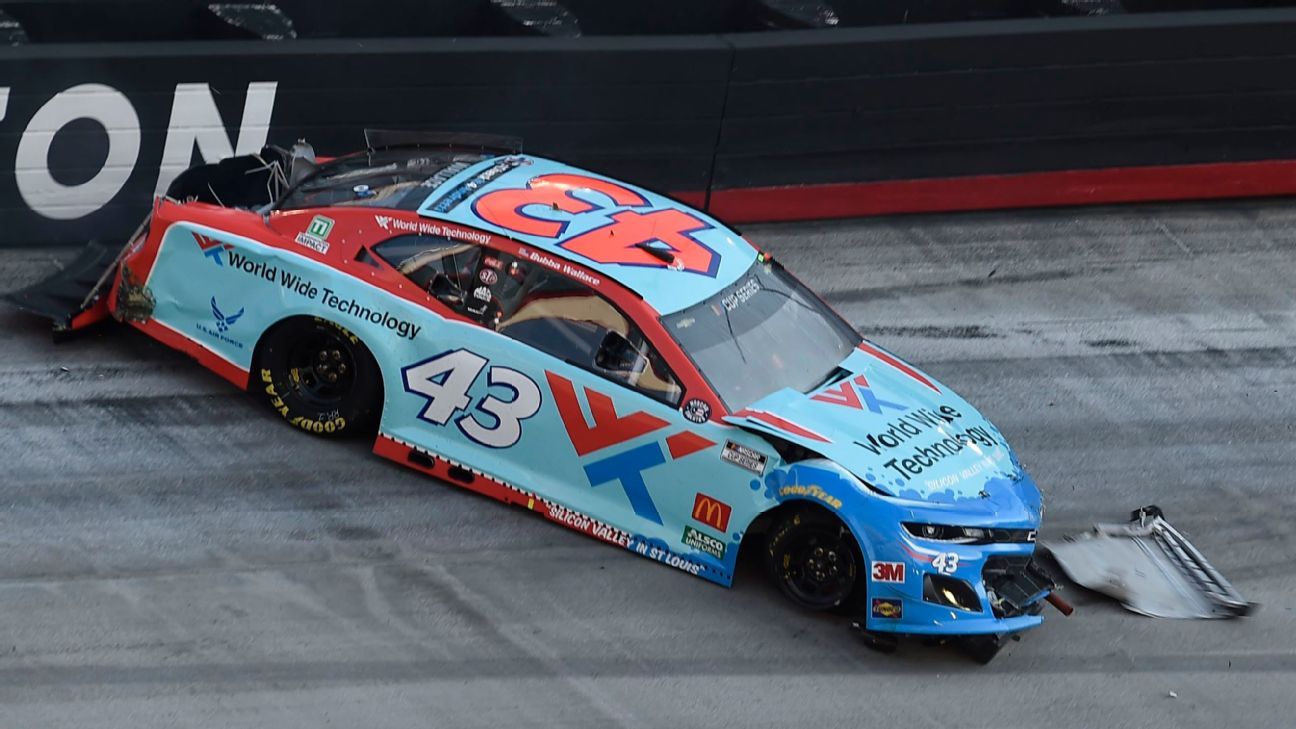 FORT WORTH, Texas — Bubba Wallace still doesn’t agree with Michael McDowell about what happened on the track, but he’s happy his damaged bumper is going to a good cause.

Wallace wrecked out of the qualifying race for NASCAR’s All-Star race Wednesday night at Bristol after he was turned from behind by McDowell as they raced nose to tail with William Byron. Wallace was later seen walking away after the damaged bumper was deposited at McDowell’s team hauler.

McDowell has since put the bumper in an online auction to raise money for Motor Racing Outreach.

“Thank you @BubbaWallace for the gift. Hopefully we can raise a lot of money for @FollowMRO,” McDowell wrote in a tweet about the auction.

“When life gives you lemons, auction them off and raise money for @FollowMRO. May not agree to what happened on track, but we can agree on a positive outcome from the situation,” Wallace tweeted.

After being knocked out of the qualifying race Wednesday night, and losing out on a chance to race for $1 million in the feature event at Bristol, Wallace said he didn’t need to see a replay because he knew McDowell’s contact was egregious.

“Just disrespect. When you get hooked into the wall, I don’t even need to see a replay,” Wallace said then. “People say he’s one of the nicest guys in the garage. I can’t wait for the God-fearing text that he is going to send me about preaching and praise and respect. What a joke he is.”