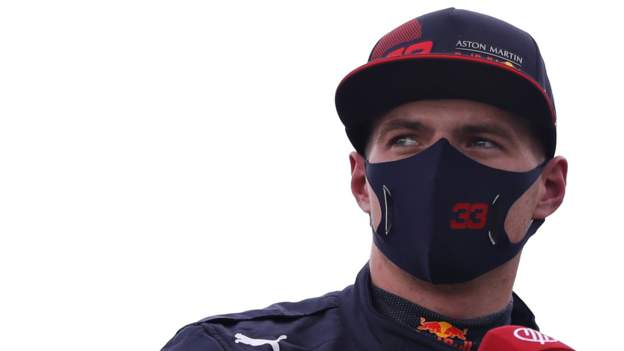 As Lewis Hamilton celebrated the incredible landmark of the 90th pole position of his career at the Hungarian Grand Prix, the man who was perhaps expected to pose the strongest opposition to him this weekend was scratching his head down in seventh place.

Last year, Red Bull’s Max Verstappen was on pole position for this race, on a track that for the last decade has always been a strong one for his team, and came close to denying Hamilton victory.

On Saturday, the Dutchman qualified seventh – not only 1.4 seconds slower than Hamilton, but nearly 0.3secs slower than Verstappen himself had gone a year ago.

Hamilton was surprised: “That is a really big gap,” he said. “I definitely wasn’t expecting them to be as off as the pace as they have been this weekend.” And he was not the only one.

Mercedes were very strong indeed over the first two races weekends of the year, on Red Bull’s own track over the last weekend. But Verstappen ran them closest.

He was looking a potential challenger to leader Valtteri Bottas’ Mercedes in the first race before an early retirement. And in the second he qualified second to Hamilton’s superlative wet pole position and was passed by the Finn for that place only late in the race.

In theory, the characteristics of the Hungaroring – fewer straights for Mercedes’ power advantage to show itself, and more corners for Red Bull’s usually excellent chassis to stretch its legs – should have meant they were closer still.

Instead, Mercedes have been in a league of their own and Hamilton and Bottas look poised for a private battle for victory. And the Red Bull has looked a handful all weekend.

Verstappen and team-mate Alexander Albon have clearly been struggling with it, and the team were making little attempt to disguise the fact that they were in difficulties. Not only that, but they have been swapping about between upgraded parts and previous-spec ones, which is never a good sign.

“We just don’t have a good balance through the corner,” Verstappen said. “Understeer, oversteer, lack of grip. Not having a lot of top speed as well. Everything together just makes us slow.”

There is a forecast of potential rain for the race, which would be expected to promote Verstappen back into contention. But even if it does, that won’t solve the wider problem.

Red Bull began this year with expectations of mounting a real challenge to Mercedes in the championship for the first time in the hybrid engine era of F1. But in truth, the Red Bull has looked a difficult car from the first time it hit the track in February.

The drivers had numerous spins in pre-season testing, and although it seemed obvious that there was a fundamental instability with the car in certain aspects of cornering, the drivers downplayed that idea whenever asked.

But the spins have continued through the first three races, and now Verstappen acknowledges there is a problem.

“I’ve been spinning before; it’s not like it only happens this weekend,” he said. “Clearly so far this year it has not been the easiest car to drive. A car is never easy to drive, because if you drive it on the limit it is always going to be easy to spin or lock up. But this one, as soon as you get to that point when you are close to having a moment, it just goes. It’s not easy to catch.”

Verstappen did not hide the fact that the team did not know what was causing the problems, and team principal Christian Horner said: “There are some unexpected behaviours in the crash and we need to understand this quickly.”

Albon under the spotlight

If this is bad for Verstappen, in terms of seeing his hopes for this year rapidly evaporate before his eyes, it is potentially catastrophic for Albon, who starts the race from 13th, having been more than 0.8secs off his team-mate in qualifying.

The British-born Thai is in only his second season in F1. Last year, he was promoted to the senior Red Bull team midway through this season and kept his place with some strong performances in the second half of the year.

This season, he was expected to kick on and close the gap to Verstappen, but so far it has not worked out. And a difficult and unpredictable car is the last thing a driver needs when he is learning his craft alongside a team-mate as talented as this and in perhaps the most ruthless team on the grid.

“Just trying to be on the limit is pretty difficult in the car,” Albon said, echoing Verstappen’s thoughts. “It’s easy to make mistakes. But it’s not a fundamental issue; we are not complaining of one thing constantly.

“It’s not been easy and it came as a bit of a surprise. Red Bull Ring was not amazing but we thought we would suit this track a little bit more and we haven’t.”

Albon’s rise to F1 was a staccato one, and he made his debut last season not much more than a year after thinking his chances of ever making it were over. But he came up through the ranks with F1’s biggest rising stars – not only Verstappen, but Ferrari’s Charles Leclerc and Williams driver George Russell are long-time friends and rivals – and is highly regarded.

Russell, who put in a stirring performance on Saturday with 12th place on the grid, said: “I’ve known Alex for 15 years. He is one of the best drivers we all race. Max, Charles, all of us will say it. He’s always been at the front in everything he’s done.

“I don’t know what the hell is going on and I feel really bad for him because he is being made to look like an idiot and he’s absolutely not. He has won in everything he has done. I don’t know what’s going on but they need to sort it out for him.”

That drew a stinging response from Verstappen: “George doesn’t know anything about the team and it’s better he focuses on his car and his performance instead of speaking for someone else.”

Be that as it may, after dropping Pierre Gasly back to the junior team last year and promoting Albon, Red Bull are now faced with a situation whereby Gasly is performing strongly for Alpha Tauri and Albon is struggling alongside Verstappen in much the same way as was Gasly last year.

Sorting out the car is not the only conundrum Red Bull have to solve in the coming weeks.