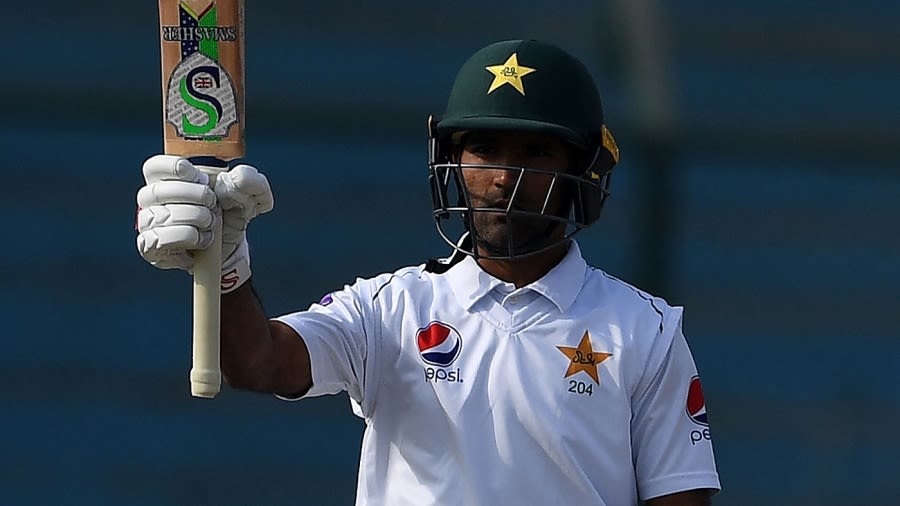 Pakistan’s bowlers again dominated on the second day of the intra-squad match at the Incora County Ground, Derby. The ball seamed and swung under leaden skies and 17-year-old Naseem Shah took advantage to finish with 5 for 55 as Babar Azam’s Team White were bowled out for 249, Mohammad Rizwan top scoring with an unbeaten 54.

Team Green also struggled as the impressive Shaheen Afridi dismissed captain Azhar Ali and it needed an unbeaten 50 from Asad Shafiq to steer them to 160 for 5 before bad light and drizzle forced an early close.

The conditions favoured the bowlers from the start with the floodlights on and grey clouds scudding across on a cool breeze. Team Green did not take long to knock over the last two batsmen, both snared by the impressive Shah, who fully deserved his five wicket haul.

Kashif Bhatti had signed off the previous evening by driving Yasir Shah over the ropes but he was quickly cleaned up by Shah, which left Rizwan in danger of missing out on a half -century. A wristy cut off Mohammad Abbas brought him his fifth four and an edge through the slips off Shah took the wicketkeeper to 50 before Usman Shinwari edged to second slip.

There was little respite for the batsmen as Afridi probed relentlessly from the City End before lunch and his persistence may have helped Sohail Khan claim the wicket of Abid Ali whose glance only found the gloves of Rizwan.

Some extra bounce from Shinwari took the left glove of Fakhar Zaman and Ali had to call on all his experience to survive until lunch. His concentration was disturbed by two rain stoppages after the interval but he and Asad were beginning to build a partnership when Afridi came back at the Racecourse End.

Ali had shown sound judgement but Afridi drew him into playing at another good length delivery that shaped away enough to take the outside edge and spark wild celebrations from the tall 20-year-old fast bowler.

He thought he had Iftikhar Ahmed first ball with an lbw appeal that prompted a humorous review sign from a team mate and Ahmed was badly missed on 7 off Shan Masood shortly before tea.

The light deteriorated enough for the umpires to take the players off the field for 25 minutes in the evening session and when they returned, Ahmed was dropped again, this time at second slip, on 24. He celebrated by pulling behind square for four but in Sohail’s next over, he was lbw to one that ducked in and another full length swinging ball had Sarfaraz Ahmed caught behind.

Shafiq completed a hard-fought half-century before the weather closed in with the batsmen hoping for sunshine on the last two days.