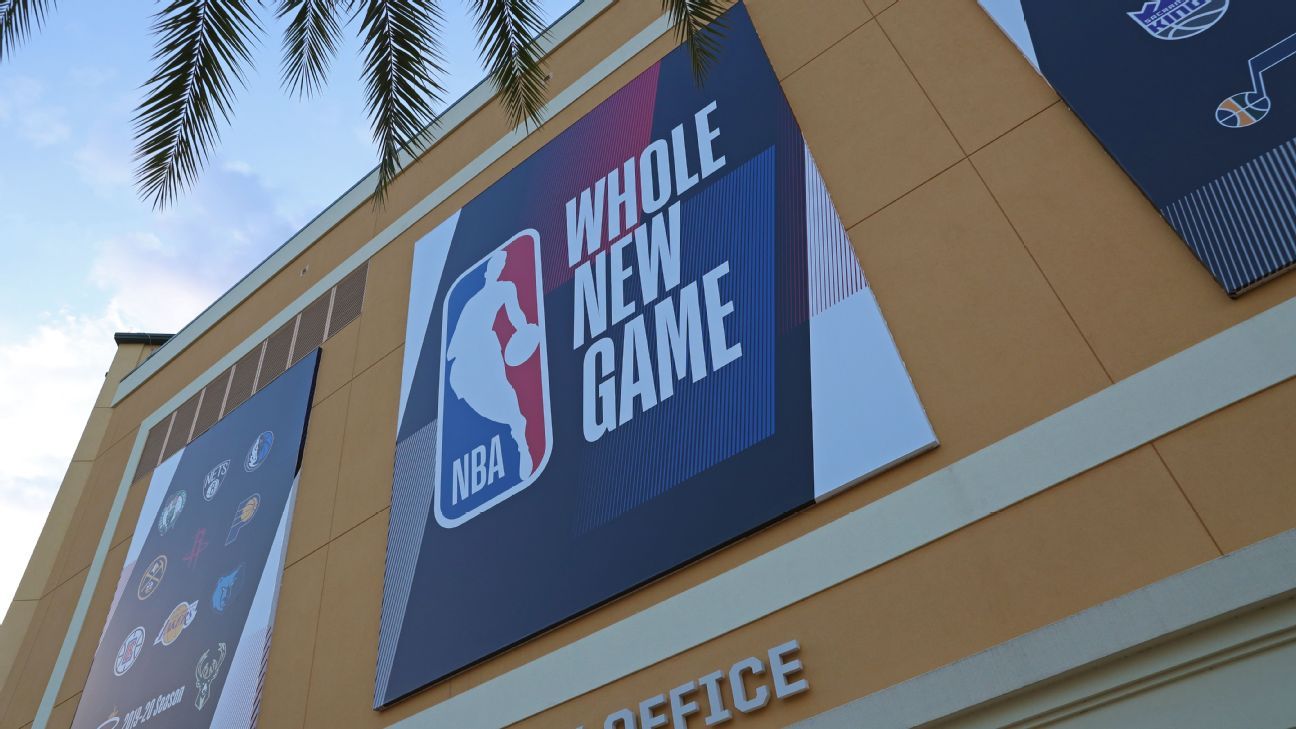 THE LENGTH OF time is nearly five weeks.

“Say that again?” CJ McCollum asked, just to be clear.

Forty days is roughly how long, at a minimum, each of the 22 NBA teams in Orlando, Florida, will reside in the Walt Disney World Resort bubble. In a late June call to discuss his latest venture — McCollum Heritage 91, an Oregon pinot noir — the conversation with the Portland Trail Blazers‘ star veered toward how he’ll keep busy for the duration of the 2019-20 NBA season.

After hearing again how long the shortest stay is projected to be, there was a long pause from McCollum.

“I don’t think I’ve processed it,” he finally offered.

In trying to describe the unprecedented challenges in the restrictive bubble, a Western Conference NBA general manager said shared activities and camaraderie, especially meals, will take on critical importance. McCollum agreed. He was shipping wine to Orlando, including his own.

Such an element might seem trivial, but the small acts of normalcy that McCollum has leaned on in recent months — video games, music, television, phone calls and Zoom sessions with family, even a glass of wine — are ones he’ll lean on more heavily in the NBA bubble.

“We won’t be able to live the same life we’ve been living pre-quarantine,” he said, “but we’ll still be able to have nice meals together.”

Yet with physical distance encouraged more than ever, there will be untold hours of solitude. Among players, the mental toll has been a key point of discussion upon entry to the Disney campus.

“It’s tough,” San Antonio guard DeMar DeRozan recently told reporters. “You’re taking guys that have been with their families every single day for the last few months and all of sudden, separating everybody into this one confined space and taking away a lot of joyful things we do outside of basketball. … It’ll be something for every single player when it comes to mental health.”

In interviews with several team executives and officials tied to player health, and specifically mental health, that very factor is being declared as the bubble’s most looming unknown. How those inside are able to cope could well determine the bubble’s viability and success.

“Not being able to see your family, being there for three months, playing games with no fans — it’s going to be mental,” Milwaukee Bucks star Giannis Antetokounmpo said. “You’ve got to push yourself through this.”

MORE: What players and coaches are saying about the NBA restart

WHEN THE PANDEMIC struck, NBPA director of mental health and wellness Dr. William Parham and other NBPA officials provided players with literature and resources about the physiological adjustment to being confined to their respective living spaces for an unknown length of time.

“When you’re forced to be by yourself and restricted, you have a lot more time in your own head,” said Parham, who helped launch the NBPA’s mental health program in 2018. “That sometimes can give birth to or resurrect old baggage.”

But during the quarantine, Parham found that many players clung to what they could control, focusing on their fitness regimen, their diet, staying in touch with friends and family, taking classes, learning a language or even exploring new hobbies.

When George Floyd was killed in May, resulting in protests all over the country, the mental weight of the moment grew exponentially. Coronavirus cases in Florida have soared in recent weeks, adding even more weight.

“This is a historic event,” Parham said. “It has not been recorded ever. It’s historic for a couple of reasons that there are two pandemics going on. One is COVID-19. The other is racism.”

The NBA and NBPA have officially approved the details of the season restart, with seeding games tipping off July 30 at Walt Disney World.

But for as challenging as this moment is, Parham believes in balancing those concerns with potentially positive outcomes. He cites the phrase “a treasure in every trial” and the concept of “post-traumatic growth.” There are silver linings to be found, he said.

“There’s going to be a mix of emotional release because they’re going to be back to doing what they love,” Parham said of the resumption of basketball activities in Orlando.

The NBA and NBPA have collaborated on providing mental health services, such as having a licensed professional available on-site along with providing off-site telehealth services. Former NBA guard and NBPA player wellness counselor Keyon Dooling is expected to be on-site once games begin, and mental health resources, such as 24-7 access to an on-site specialist, are available through a smartphone application. The NBA and NBPA are also encouraging player well-being and self-care. And while some teams have brought their own mental health specialists as a part of the 37-person travel party, Dr. Kensa Gunter, a clinical sports psychologist who will be present on behalf of the NBA, is also available as additional support.

“We don’t know how people are going to respond exactly,” Parham said, “but it is also true that when people have responded to off-the-radar experiences, they discovered talents and genius that they never even knew they had because they never had to call upon it.”

Ultimately, Parham said, players have had weeks in quarantine-like situations before arriving in Orlando, providing them with a foundation — and that foundation is key.

“While we can’t predict the future — and no psychologist can — we do know that how people have behaved in the past is a pretty good marker of how they will think, feel and behave in the future,” he said. And if recent weeks and months have been any indicator of how players have performed, then Parham remains steadfast in his optimism.

“As a team and as a unit, I suspect that [experience] is going to go into the bubble with them,” he said, “and they will find successful ways of navigating that space for however long they need to be there.”

MORE: Negotiations for the 2020-21 NBA season will be tricky

SEVERAL TEAM EXECUTIVES have speculated on when cabin fever might set in for those in the bubble, and one athletic training official echoed this point, “Hell, after 10 days in Vegas [for NBA summer league], all you want to do is lose and go home.” Of course, teams don’t have much on the line in summer league, nor are they restricted to staying on a campus.

In the case of players, executives worry about the extreme discipline being asked — a group that one executive described “often have the universe at their fingertips” — in such an unprecedented situation.

“The amount of pressure we’re putting on those guys to live a life that they’ve never lived the entire time they’ve been in the NBA is just ridiculous,” another GM said.

Damian Lillard raised this point with reporters just before arriving in Orlando: “I don’t have much hope that the protocol will be followed because you’re telling me that you’re going to have 22 teams full of players who have to follow all the rules and when we have 100% freedom, not all players will respect them.”

For weeks and even months, an athletic trainer said, any individual had to act responsibly during the pandemic to potentially avoid infecting themselves or loved ones sharing their living space with a hazardous virus. In effect, they had to be accountable to only a small few, and potentially just themselves, to not corrupt the integrity of their homes.

“That’s an odd mindset for any of us to take on, right?”

In terms of competition, multiple high-level executives who are attending are hopeful the chase for a championship becomes a singular focus that drowns out the reality of the environment, helping stave off mental strain. But not every team is a title contender, so not every team can bank on that distraction. Even then, the bubble will test the foundation, culture and leadership of every team, contenders or otherwise.

“Certain ships will float under that environment and certain ships [will sink],” the Western Conference GM said.