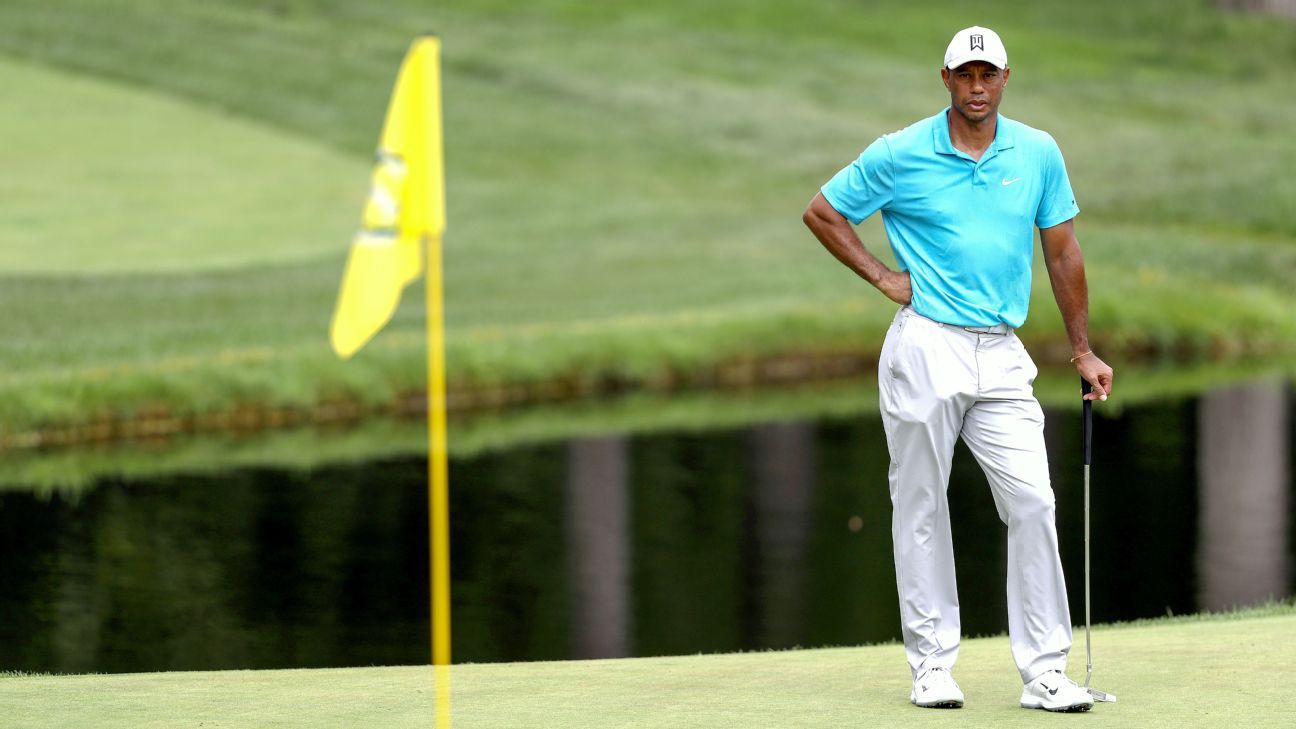 No roars. No applause. No “Let’s go Tiger” coming from the gallery that would go rows and rows deep with fans trying to get a glimpse as golf’s most famous player stood on the tee box at No. 1.

Welcome back to the PGA Tour, Tiger, and welcome to how tour events are now being played. While the rest of the tour players have had five tournaments to get use to events without fans due to the coronavirus pandemic, Woods didn’t get a first-hand experience until Thursday during the first round of the Memorial Tournament.

Woods resisted the urge to return to the tour sooner. He had been curious how events would go after the three-month shutdown because of COVID-19. In early June it was announced that the Memorial would be the first event to allow a limited number of spectators. But with a spike in coronavirus cases in the United States, the PGA Tour decided to scrap that idea. Shortly after, the PGA Tour announced there would be no fans at any of the remaining events this season.

On Thursday, the biggest difference for Woods was he didn’t have to make his way around a hoard of fans trying to get a picture of him or slap his hand as he made his way to the next hole. The majority of people who followed Woods in the opening round at Muirfield Village were media and tournament officials.

“Usually we have marshals and ropes,” he said. “Like for instance, on 16 and 17, it was nice walking off the 16th green going straight to the tee instead of walking around. It’s certainly different around here with some of the walks. But you get from point A to point B very directly. I hadn’t felt this ever here. Usually I’m meandering roundabout, so it was a good feeling.”

It wasn’t completely silent for Woods, though. Fans stood in their backyard yelling Woods’ name every chance they could over the course of 18 holes. Some stood on benches so they could see over top of fences. A group of women on a balcony yelled, “We love you, Tiger,” after his drive on No. 17 went in the bunker. There’s no doubt that Woods was still the main attraction on a day in which Bryson DeChambeau had two drives of at least 407 yards — one topping out at 423 yards. There were groups of kids, who weren’t even born yet when Woods dominated the tour, on the sidewalk on their bikes outside of the grounds. One man said “I’ve seen what I wanted, I’m going back inside,” after a second shot by Woods on the back nine.

Woods, who uses the crowd to his advantage, has some adapting to do without fans. There’s no doubt a roar would have been heard from a distance had spectators been in attendance when Woods, playing his first tour event since February, rolled in a 9-foot putt for birdie on the first hole. Instead, there were a few cheers when from a nearby yard, with Woods looking over and saying “thank you” as he made his way to the next hole. He acknowledged those fans who snuck a peek with a head nod or brief wave throughout the round.

“I definitely didn’t have any issue with energy and not having the fans’ reactions out there,” Woods said. “I still felt the same eagerness, edginess, nerviness starting out, and it was good. It was a good feel. I haven’t felt this in a while.”

Woods’ back nine in his first round since February featured a wedge shot that landed four inches from the hole for a tap-in birdie on No. 15 and a 14-foot birdie putt on No. 18. Those shots ended in relative silence, aside from his playing partners Rory Mcllory and Brooks Koepka congratulating him.

“Certainly it’s a different feel, one that’s a new reality, and we’re going to have to get used to it,” Woods said.